Although women have made important entries in science and the life science industry over the past years, both fields still face large gender differences when it comes to the career advances of men and women.

For example, according to a recent survey by the magazine Life Science Sweden, there are considerably fewer women on the board of directors of life sciences companies listed on the stock exchange. Looking at 77 companies (of which 67 were listed on the Swedish stock exchange and ten were affiliates to global enterprises), 42 percent had no female representative on the board. Counting the 409 board members, a total 14 percent of them were women. Also, of the 77 companies, there were only seven female CEOs.

When it comes to the field of research and science there appears to be some differences between men and women in career development. In 2011, the Swedish National Agency for Higher Education published the report ‘Research careers for both men and women? — Statistical follow-up and review.’ The study showed some differences as well as similarities between the sexes, both regarding career advances and possibilities for development. For instance, women and men have been employed as post-doctoral research fellows and associate senior lecturers to roughly the same extent over recent years.

There is one gender difference that is quite clear. Men who received their doctoral degrees when they were relatively young also received employment that qualified them for a future academic career to a greater extent than women of the corresponding age. When it comes to reaching higher positions there also seems to be a clear difference between the probability of women and men becoming professors. This involves the age at which they defend their doctoral thesis.

“Men who have received their doctoral degree at a young age tend to become professors to a greater extent than women who received their degree when they were young,” says Helen Dryler, analyst at the Department of Higher Education Analysis at the Swedish National Agency for Higher Education, and one of the authors behind the report.

“Also, we could see indications of women feeling that they receive less support from their institutions, and that they have less access to networks and resources,” Magdalena Inkinen, Project Manager at the department and co-writer of the report, explains.

Looking at the European level, the tendencies follow a similar pattern. The report “She Figures 2009 – Statistics and Indicators on Gender Equality in Science” show that there is still some work to do in order to create a better balance between the sexes. According to the European statistics, women in scientific research remain a minority, accounting for 30% of researchers in the European Union in 2006. Although increasing at a very slow rate, the amount of female researchers has a higher increase rate than male researchers. In order to get more women attracted to science, the European Union launched the campaign “Science – it’s a girl thing” earlier this year. The promotion was partly made through an advertising trailer, featuring young women in a neon-colored laboratory, wearing heels and mini-dresses. Shortly after its release, the trailer was criticized in social media and newspaper all over the world as many viewers felt it reinforced stereotypes rather than overturning them.

There are some possible explanations to the differences in scientific careers. In the case of application patterns for women and men, the results are not clear-cut — some studies show that women apply for posts and promotion to a lesser extent than men, while other studies do not verify this difference. The results also point in different directions with regard to the question of whether there is discrimination against women in the employment process. Some studies indicate differences in the way women’s and men’s qualifications are evaluated, while other studies indicate that, in fact, a higher proportion of women are offered employment.

“Why these variations actually appear is difficult to explain, since there has been very little research done in this area before, at least not in Sweden,” says Magdalena Inkinen. “On the bright side, several of these differences would be possible for the universities to do something about, given the knowledge.” 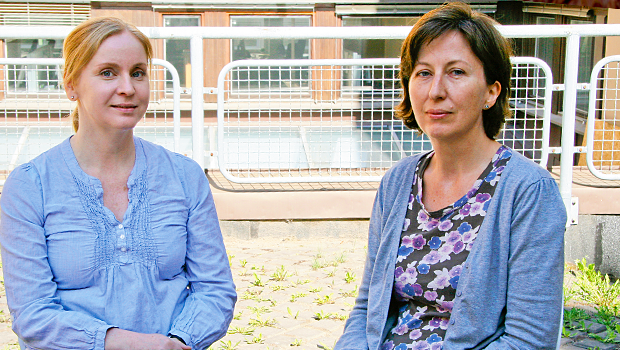 Following a compound from start to finish

Anders Findsen likes to be part of the different R&D aspects of an up-and-coming dynamic biotech company. As Research Scientist at NMD Pharma he gets to follow a compound from the beginning to hopefully going into the clinic in the end. NMD Pharma is a small private biotech company with…

As Chief Medical Officer (CMO) at Faron Pharmaceuticals Marie-Louise Fjällskog can combine her passion for science and helping people with her fascination for finding solutions to detective stories. The first thing that attracted Marie-Louise Fjällskog about Faron Pharmaceuticals was the science. She says, “They have had many interesting publications in…

Changes at Lundbeck may lead to reduction of 160 positions

As part of its Expand and Invest to Grow-strategy, Lundbeck plans to make changes to its organization in Research & Development (R&D). The initiative could lead to a reduction of around 130-160 positions globally (subject to consultation), including approximately 100 in Denmark. “The proposed changes will allow us to fully execute…

At the end of August, LEO Pharma announced that it will accelerate its R&D efforts and diversify its portfolio of medicines to cover a range of dermatological indications including rare diseases. The company is aiming to launch a new innovative treatment every 2-3 years, it states. “Building on our strong…