A third type of catalysis

The Nobel Prize in Chemistry 2021 shed light on a simple, sustainable and smart molecular building tool that has had a great impact on pharmaceutical production.

The Royal Swedish Academy of Sciences decided to award the Nobel Prize in Chemistry 2021 to Benjamin List and David MacMillan, for “the development of asymmetric organocatalysis.” Their discoveries and developmental work have indeed had a groundbreaking effect and greatly benefited humanity. Using asymmetric organocatalysis, researchers today can more efficiently produce molecules and they also have a greener alternative for molecule production.

“This concept for catalysis is as simple as it is ingenious.”

“This concept for catalysis is as simple as it is ingenious, and the fact is that many people have wondered why we didn’t think of it earlier,” said Johan Åqvist, Chair of the Nobel Committee for Chemistry, after the announcement. 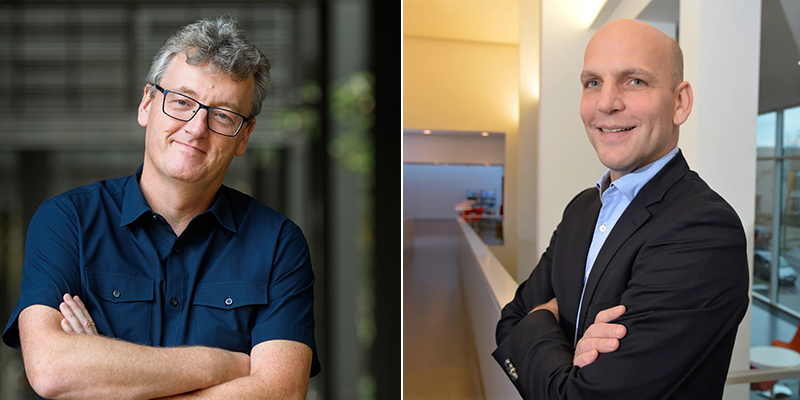 The discovery of asymmetric organocatalysis began in the late 1990s. In order to construct molecules that can form elastic and durable materials, store energy in batteries, or inhibit the progression of diseases, catalysts (substances that control and accelerate chemical reactions without being part of the final product) are required. It had long been believed that there were two types of catalysts; there were metals (metal catalysis) and there were enzymes (biocatalysis). Disadvantages with these include the risk of burdening the environment and health (metals) and large and complicated molecules to work with (enzymes).

“He chose to call his discovered method organocatalysis, so that other researchers would understand that there were more organic catalysts out there to discover.”

David MacMillan had been working with metal catalysts, but they were rarely taken up by industry due to problems fulfilling the criteria for them to work in large scale, outside controlled lab conditions. So he then began designing simple organic molecules that could work the same way as the metals, but not be destroyed when exposed to, for example, moisture conditions. For one of his first experiments, MacMillan needed an organic molecule that could catalyze a reaction that formed an iminium ion. He tested organic molecules with the right properties to see if they had the ability needed, and it worked. He chose to call his discovered method organocatalysis, so that other researchers would understand that there were more organic catalysts out there to discover.

“List started wondering if a single amino acid could also work as a catalyst.”

Benjamin List was during the same period in time exploring catalytic antibodies. He and his colleagues were redesigning antibodies so that they could drive chemical reactions, but List started wondering if a single amino acid could also work as a catalyst. He had read an old research reference where scientists had used the amino acid proline as a catalyst and he decided to try it. He tested if proline could catalyze an aldol reaction, in which carbon atoms from two different molecules are bonded together. Just like MacMillan’s experiment, his experiment worked. List was able to show that proline is an efficient catalyst. Both MacMillan and List’s catalysts were small organic molecules, consisting of a stable framework of carbon atoms. Active chemical groups are attached to this carbon framework, and they often contain oxygen, nitrogen, sulphur or phosphorus.

One mirror image instead of the other

Benjamin List had also shown in his proline experiment that amino acids can drive what is termed asymmetric catalysis. When building molecules, two different molecules can often form that are each other’s mirror image (they have almost identical structure but differ in the spatial arrangement of their molecular parts, like the right and the left hand). Usually scientists only want one of these. In short, as MacMillan described in his Nobel lecture, asymmetric catalysis could be described as the science of making molecules as one mirror image instead of the other.

“Asymmetric catalysis could be described as the science of making molecules as one mirror image instead of the other.”

Before scientists were able to perform asymmetric catalysis, many medicines contained both mirror images of a molecule. One was active and the other could sometimes give unwanted effects. A terrible example of this is the thalidomide catastrophe in the 1960s. The drug thalidomine was approved in the 1950s for a number of indications including morning sickness and anxiety, and it was prescribed to women all around the world. However, one of the mirror molecules in the medicine was found to cause serious deformities in thousands of developing human embryos. Children around the world were born with a range of severe deformities, including phocomelia (a condition that involves malformations of human arms and legs), and many women had miscarriages. It is not known exactly how many worldwide victims there were, although estimates range from 10,000 to 20,000. Another example of two mirror images of a molecule with very different effects is L-DOPA and D-DOPA. L-DOPA is used for the treatment of Parkinson’s disease while D-DOPA can decrease the white blood cell count of a patient and lead to an increased risk of infection.

“Existing pharmaceuticals, such as paroxetine, for treatment of anxiety and depression, and the antiviral medicine oseltamivir, for respiratory infections, are more efficiently produced using asymmetric organocatalysis.”

By using asymmetric organocatalysis scientists today can much more easily produce large volumes of one of two mirror versions; the version wanted in a new drug, for example. Existing pharmaceuticals, such as paroxetine, for treatment of anxiety and depression, and the antiviral medicine oseltamivir, for respiratory infections, are more efficiently produced using asymmetric organocatalysis. It is also possible to artificially produce potentially curative substances that can otherwise only be isolated in small amounts from rare plants or deep-sea organisms, described the Royal Swedish Academy for Sciences in a press release. 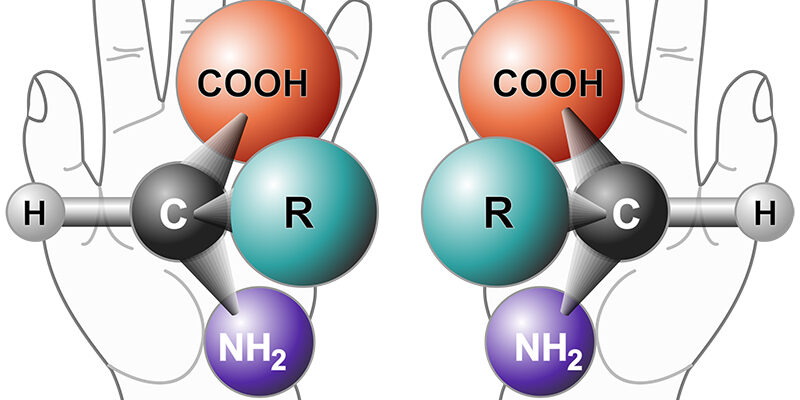 A field of the future

Since the Laureate’s discoveries in 2000, the use of asymmetric organocatalysis has rapidly increased. In just two decades, the field had become very dynamic and important, and the advantages are many. As described by List in his Nobel lecture, catalysis itself is one of our key technologies, perhaps our most important one. Around 90% of industrial-scale chemical reactions use catalysis and 35% of our global GDP is based on catalysis.

“The catalysts are also a greener option because they can work on a sort of conveyor belt. Before 2000, a lot of chemical substances were lost during the chemical construction process of molecules, because each intermediate product had to be isolated and purified.”

When it comes to asymmetric organocatalysis, besides being a more effective way of producing pharmaceuticals, the method has also given us a green alternative for molecule production, since organic catalysts are more environmentally friendly than their metal counterparts. The catalysts are also a greener option because they can work on a sort of conveyor belt. Before 2000, a lot of chemical substances were lost during the chemical construction process of molecules, because each intermediate product had to be isolated and purified. 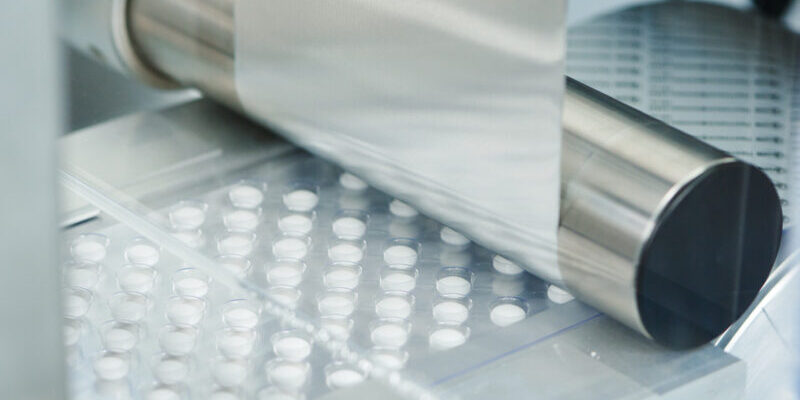 By using asymmetric organocatalysis scientists today can much more easily produce large volumes of one of two mirror versions; the version wanted in a new drug, for example.

Organocatalysts are also much easier to work with, as described by the Royal Swedish Academy of Sciences, and with their help the production process can be carried out in an unbroken sequence. This is called a cascade reaction, which can considerably reduce waste in chemical manufacturing. With less interference in the process, less chemical waste is produced.

The title of MacMillan’s Nobel lecture summarizes the importance of the Nobel discovery in Chemistry 2021 very well: “Democratizing catalysis for a sustainable world.”

Salts, Fluids Could Save Ebola Patients

Many Ebola patients in Africa could be saved if they were infused with salts and fluids, said Professor Anders Perner of Copenhagen University Hospital, Rigshospitalet, in an article in the Lancet. “It has taken us too long to acknowledge that we could save a lot of lives in West Africa…

An international team spearheaded by researchers from the Faculty of Health and Medical Sciences at the University of Copenhagen have identified the genes that put some children at risk of experiencing severe asthma attacks. “Our results show that asthma attacks requiring young children to be hospitalised are usually genetically related. Genes play…

The Nobel Prize in Chemistry 2014

The Nobel Prize in Physiology or Medicine, announced on October 8, was awarded jointly to Eric Betzig, Stefan W. Hell and William E. Moerner. The prize is given for “the development of super-resolved fluorescence microscopy” states the Royal Swedish Academy of Sciences. Optical microscopy has been held back for a long time…

Cholesterol metabolites cause specific immune cells in the large intestine to move, which lies behind the formation of the immune system’s important lymphoid tissue in the intestine, reports researchers at Karolinska Institutet. “We have discovered that ILCs use a surface protein called GPR183 to sense the oxysterols, which attracts ILCs…