Artificial intelligence (AI) has taken root in the Nordic countries’ health care systems, and while expansion has been slow, experts predict the rate of change will be increasing in the not so distant future.

“We are starting to see the beginning of value from digitalization,” according to Sune Askjaer, a consultant and AI expert in Copenhagen. “This is going to be slowly accelerating and building up. It is difficult to use AI in practice and then integrate into business practices, but we are starting to see the first returns on investment and this is only going to accelerate from now on.”

While no robots will be taking over operating rooms soon, the algorithms provided by AI are helping doctors organize and sort data, identify tumors and other anomalies in the human body and predict illnesses.

“We (the Nordics) are still in the early years of applying AI in medical and pharmaceutical companies, but it is important in hospitals, managed care and personal health,” according to Søren Jessen Nielsen, co-founder of Nordic AI, a nonprofit that explores AI uses in society.

An algorithm as doctor?

Already there is a heavy focus on digital health within the Nordics, and Sweden has been in the forefront, spreading into healthcare, said Jennie Ekbeck, CEO of Sweden’s Umeå Biotech Incubator. One problem is that many hospitals lack the infrastructure to implement AI.

“I haven’t seen disruptive technology yet that would change the flow in hospitals. The low-hanging fruit is applications for patients and customers. But how do we transform this (AI) into something? Is it going to be an algorithm who will be your doctor in the future?”

In general, all AI solutions only are as good as the data involved, noted Sampo Sammalisto, advisor for Health Tech Business Finland.

“It’s always the quality of the data that is most important. And with health data, privacy and security are the most crucial questions.”

That has been the major obstacle to using AI extensively in health care – the need to access large quantities of patient data while at the same time protecting peoples’ privacy and controlling who has access to the data.

“What if we tied it all together – imagine the opportunities to make progress – but we would have to disconnect it from the person.”

“Health care ultimately is about people; if I am going to apply AI to help people, then I need a lot of data about people, very sensitive data,” according to Søren Jessen Nielsen. “How do you make sure our personal data does not become public, but what can we do to make it become part of a bigger pool so data can help create AI models that help everyone? How do we put systems in place that protect the individual? What if we tied it all together – imagine the opportunities to make progress – but we would have to disconnect it from the person.”

Denmark has been working on applying AI to patient journals and making them available. In the greater Copenhagen region, officials are creating a virtual “sandbox” of patient journals, which is a confined environment with data that only certain people can access, Jessen Nielsen said.

A national priority in Finland

While cognizant of privacy concerns, Finland has made inroads using AI in imaging, patient records and diagnostics. The Finnish government has made AI use a national priority, by launching the Finnish Center for Artificial Intelligence (FCAI) to create real-world applications for AI and determine how it can be applied across disciplines, including in science and healthcare. The other goal of the FCAI is to address the three primary roadblocks to using AI, which are data efficiency, trust and ethics and understandability.

Helsinki University Hospital, for example, has developed clinical applications for AI, one of which is an algorithm to predict which premature babies might develop sepsis, according to Visa Honkanen, MD, PhD, director strategic development at the hospital.

The hospital has years of data on premature infants born there, more than enough for a computer to assess, Honkanen noted. The program was piloted in the neonatal intensive care unit. Initially the results were 90 percent accurate in predicting that an infant would develop sepsis within 24 hours.

“The results were better than we expected,” he said. “It’s still mostly for experimental use, but this will be a major improvement in treatment; we can start the babies on antibiotics much sooner.”

In five years, every area of medicine will use AI

Other programs being tested include one to detect intracranial bleeding in MRI images, since that is misdiagnosed about 25 percent of the time, according to Honkanen, and an algorithm that could be used to predict the survival of people with severe head trauma.

Physicians are hopeful another program will lead to better treatment for a common winter ailment in Finland, broken wrists. When people break a wrist, they go to their primary care doctor who puts a cast on it; most are not treated by orthopedic surgeons. But some breaks are more complicated and could require surgery within 24 hours, Honkanen said, otherwise the wrist will not heal properly. The hospital collected enough x-rays to train a computer to look for severe breaks, to make it easier for doctors to decide if a patient needs surgery.

An algorithm also is helping hospital staff sort referrals. The hospital treats about two million patients a year, which means staff have to organize referrals, but now a computer is helping to determine to which department patients should go.

“The machine picks up some of the language in the text and sends the referrals to the departments,” Honkanen said, adding that between 80 and 90 percent of the referrals have gone to the right departments.

“But in five years, I think every area of medicine will use AI.”

AI can be more useful when dealing with chronic disorders, such as diabetes, because a lot of data is collected and patients are monitored constantly, he added. “At least for now, AI will be a helping hand for doctors,” according to Honkanen.  “But in five years, I think every area of medicine will use AI.”

Even with these successes, users still have to recognize that AI has its limitations based on the information the program receives, noted Honkanen.

One area eager to employ AI is the pharmaceutical industry, in the hopes of reducing the amount of time and money spent on clinical trials during drug development.

“Drug discoveries, right now, is where I see the most money pouring in,” Jessen Nielsen said. “There is a lot of data, and it’s all about finding new molecules, the ones that have the most effect and least impact. It’s about applying models to all data to try find the best molecules without having to do more lab tests. That could save billions of dollars.”

AI has not been used widely in drug development yet because of a number of challenges, including production requirements, approval from regulatory agencies such as the U.S. Federal Drug Administration (FDA) and manufacturing principles that affect how much a process can be varied, according to Askjaer.

The framework is in place to use AI in drug discovery, Askjaer added.

“Once we have data we can begin to identify where are the best uses of AI to assist us in making better and more informed decisions.”

“One advantage of the pharmaceutical industry is that it generates a lot of data over time for various purposes. There is requirements to generate data for the FDA and for other approvals and patents, and the data is very structured and of high quality. If we can talk about a pyramid of needs for AI, the most basic need is data. Once we have data we can begin to identify where are the best uses of AI to assist us in making better and more informed decisions.”

A lot of “human” time is still needed to train a machine and then choose wisely what to do, Honkanen noted. “To apply AI smartly, even if it does analytics, it still needs data; you have to learn when to use it and when to use conventional analysis; that’s the learning curve.” 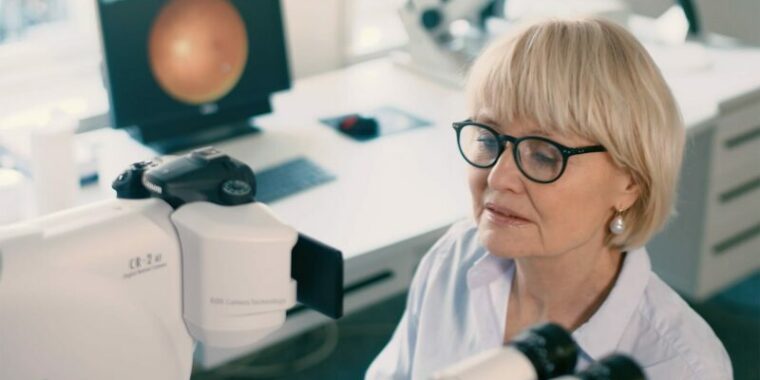 The Danish company Retinalyze Systems has developed a software program that uses Ai to provide screenings fro glaucoma. The program analyzes retinal images captured by a fundus camera. If any abnormalities are detected in the eye, an ophthalmologist is notified to make a diagnosis.

The two companies have announced a collaboration on digital health solutions focusing on weight management and education, with the aim of improving the lives of people living with obesity. The collaboration follows a 8-month pilot that combined Noom’s behaviour change programmes with Novo Nordisk’s experience in helping people living with…

BC Platforms has secured a multi-year contract to work with three Finnish Hospital District owned Biobanks (Clinical Biobanks) on improving access to, and automated management of, phenotypic, genomic, and clinical data. The project underpins Finland’s ambition to be a leading country for Real-World Data (RWD) studies, supporting the global development…

Diabetes Tools has been nominated for Best Mobile Innovation for Health by the GSMA 2016 Global Mobile Awards. They are nominated for its remote healthcare and management information  system TriabetesClinic. The system puts medical apps in the centre of the healthcare process for children with insulin dependent diabetes, both in…

Tekes, the Finnish Funding Agency for Innovation, is investing in the country’s digital health sector and launches programmes to utilise digital technology. Tekes is launching a major programme to boost Finland’s digital health ecosystem, with funding available for pilot and development projects. The goal of the Health from Bits (Terveyttä biteistä) programme…