Swedish drug development company Modus Therapeutics has had a busy year, and 2019 could take them one step closer to having sevuparin on the market.

In 2016 the clinical-stage drug development and Karolinska Development portfolio company Dilaforette Holding changed its name to Modus Therapeutics Holding. The move signified the company’s emancipation from its parent company Dilafor, from which it was spun out in 2011. The company also entered into an exciting stage in the development of its lead candidate sevuparin for the treatment of sickle cell disease (SCD). It has specifically been designed to restore blood flow with minimum effects on bleeding. Not long after the name change the company was granted two patents in the US covering sevuparin, providing key intellectual property protection until at least December 2032, with the possibility for extension of up to five years after a market approval.

The key shareholder of Modus Therapeutics is KDev Investments AB, which is owned by Karolinska Development AB (Nasdaq Stockholm: KDEV) and Rosetta Capital. Other shareholders are HealthCap, The Foundation for Baltic and European Studies (Östersjöstiftelsen), Ergomed and Praktikerinvest PE AB.

In 2017 Dr. Ellen K. Donnelly, who has broad experience in global drug development, joined the company as their new CEO. Nordic Life Science asked her about the company’s journey so far and what lies ahead.

What were the highlights for Modus Therapeutics during 2018?

“2018 was a busy year for Modus. During the year we expanded our program to the US, with our IND approved by the FDA in November. We welcomed a new investor, HealthCap, in July, with a round of Series A financing, and we were recognized by the FDA with a Rare Pediatric Disease Designation for sevuparin in sickle cell disease in April. We also had our patents approved in the EU and welcomed a new CMO, John Öhd, in August.”

What are you looking forward to during 2019? What results can we expect?

“We announced the completion of enrollment in our Phase II study for intravenous sevuparin in sickle cell disease on January 7th and we expect to present those results in mid-2019. We have also commenced a Phase I study for a subcutaneously administered version of sevuparin. We expect that the results from both of these studies will inform a planned meeting with the FDA in the second half of 2019.”

What is your strategy to reach market with sevuparin?

“We are currently developing two forms of sevuparin – an intravenously-administered version which is given to hospitalized patients, and a subcutaneous formulation which will be used by the patient in the home setting. Because sickle cell disease is a rare disease, provided our Phase II study is positive, we will only need one additional Phase III study for the IV formulation to take it to the market. The data from our Phase II study and the interactions with regulatory authorities will confirm the details of that Phase III study and will inform our timeline to approval. In terms of commercialization, we are looking at all options including partnering.”

In terms of commercialization, we are looking at all options including partnering.” 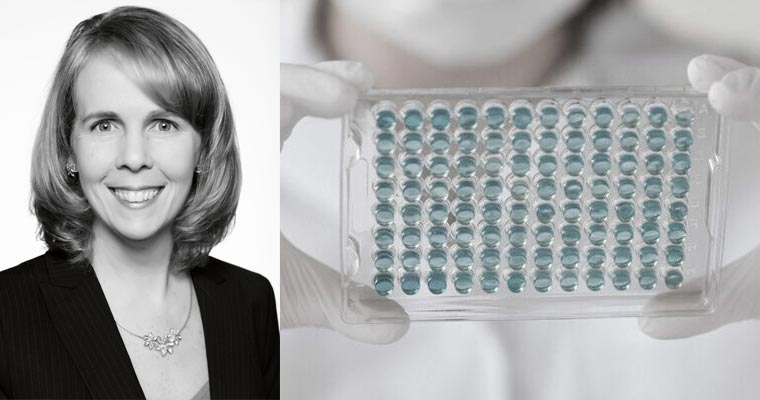 After the recent January 2019 announcement about the Phase II study, Redeye noted that the final study results will be an important potential catalyzor for the company’s shares. They also believed that the company will be able to stick to its timetable and deliver results as promised.

“The study has a rigorous design and hence we believe that the results will provide a good/strong indication about the future potential of the drug candidate. The upcoming results will be an important potential catalyzor for Karolinska Development’s shares,” stated Redeye.

Sevuparin is a polysaccharide drug with anti-adhesive, anti-aggregate and anti-inflammatory effects. It has the potential to restore blood flow and prevent further microvascular obstructions in children and adults with Sickle Cell Disease (SCD). Children with SCD suffer from some of the most serious and life-threatening consequences of the disease including stroke, splenic sequestration and aplastic anemia. Mortality is a significant concern in children globally, with 92% of newborns dying in the first few years of life due to lack of early diagnosis.

Promore Pharma in agreement with APL

Promore Pharma announces that a manufacturing agreement has been entered with APL for the production of investigational medicinal product for its LL-37 Phase IIb trial in patients with hard-to-heal leg ulcers. The trial will be conducted in Europe with a planned start for patient enrolment in 2018. VLU constitutes the…

Recipharm is entering into a collaboration with Laccure AB for the commercial manufacture and delivery of Laccure Pessary. The new product, which has been developed to help women suffering from bacterial vaginosis, will be manufactured, packaged and distributed globally from Recipharm’s facility in Karlskoga that specialises in the production of…

Cantargia approved for listing on the main market Nasdaq Stockholm

Nasdaq Stockholm’s Listing Committee has approved the admission of Cantargia AB’s shares for trading on the main market of Nasdaq Stockholm and the first day of trading is scheduled for 25 September. The approval is subject to customary conditions, including the approval and registration of a prospectus by the Swedish Financial…