In 2012, the AssiStep, a handrail for people who need help with stairs, was just a clever student project. Last year, it hit the market. Norwegian University of Science and Technology graduates Halvor Wold, Ingrid Lonar, and Eirik Gjelsvik Medbø turned their idea into a company using crowdfunding – raising money through direct public appeal.

“When we finished school in 2013,” says Medbø, “we had a prototype with good feedback from test users and health personnel.” University and government funding supported early development, but couldn’t be used for production. Medbø says that investors liked the product but weren’t ready to commit. “People told us we should try crowdfunding,” says Medbø. “We had nothing to lose and could only win.” And win they did.

AssiStep raised about 130,000€, in part by using the Stockholm-based crowdfunding platform FundedByMe. They used an equity model, meaning contributors received company shares. Another common model is donation-based or reward-based crowdfunding: Donors don’t become owners; they may or may not receive a small gift.

Matthias Piesche, senior research fellow, Aarhus University Department of Biomedicine, is using the donation model to support his immunotherapy research. Piesche got good reviews when he applied for grants. However, a common comment was that he needed preliminary data. “When you are just starting,” he says, “you may not have this. I’m using crowdfunding to get preliminary data to apply for grants to continue my research to find a better cancer treatment.” Some crowdfunding models are all-or-nothing: the project has a monetary goal and deadline and gets nothing if the goal is not met. Piesche used GoFundMe for a campaign without a deadline. He says that the all-or-nothing model makes a crowdfunding request exciting and spurs people to commit, but the open-ended model is less restrictive and lets him receive ongoing support.

Thinking about crowdfunding? Here are some tips

Life science projects are particularly amenable to crowdfunding, Medbø says, because everyone has a personal connection to health. For AssiStep, many people can relate to having trouble climbing stairs. Scientists with crowdfunding experience say that clear communication and graphics, including video, are key. The AssiStep team found that talking with investors helped them effectively present their opportunity on their crowdfunding site.

Think in advance about how to promote about your crowdfunding campaign. Both the AssiStep team and Piesche say that they used friends and family as a resource, rather than asking them directly to contribute. “I asked a friend in a different field of science to make sure the text on my crowdfunding site made sense,” says Piesche. “Feedback from friends and family helped me put my story into lay language.” Use personal connections to spread the word, he says, and be responsive. “At least one-third of the money I received is from people I didn’t know but contacted me because they were curious. I explained the research and they donated because they felt that their money would do something good.” Medbø also said networking through friends and family paid off, with some investors finding their crowdfunding site via word of mouth.

Piesche has more than 1900€ pledged so far. When he has enough for basic supplies, he’ll start experiments. Since donation crowdfunding establishes an ongoing relationship of trust with a committed community, Piesche says, he’ll give regular updates about how the funds are used and results he generates. AssiStep, based in Trondheim, now has a solid shareholder base and is growing, with a sales representative in Sweden. Having sold about 50 AssiStep units in Norway, Medbø says, “We’re starting to make money.” 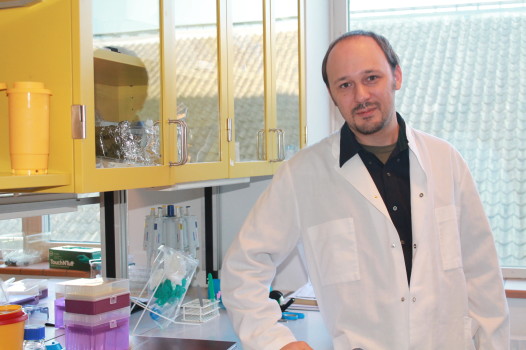 Serendipity has been invited as a part owner of LINK Medical

Serendipity Partners (Serendipity) now owns 49% of the shares, however, Dr. Ola Gudmundsen will still hold the majority of the shares. The transaction is mainly structured as a share issue, where Serendipity provides growth capital to LINK Medical, states the company. Co-owners and long-term investors To enable further growth and…

Chinese investment firm Ivy Capital is investing almost three million USD into Umeå-based biotechnology firm Betagenon. Betagenon has identified an enzyme activator that is intended as a drug candidate for multiple lifestyle and age disorders such as diabetes and heart failure. Ivy Capital is now investing SEK 28.5 million into…

Vironova has been awarded funding for a two-year research project entitled “Interactive visualization tools for verification and improvement of deep neural network predictions.” The project will stretch over two years (Jan 2018- Dec 2019) and represents a collaboration of strategical importance to Vironova in the areas of Artificial Intelligence (AI)…