Ending hepatitis – The discovery of HCV

Piece by piece the Nobel Laureates laid the puzzle in understanding and determining the hepatitis C virus, a discovery that has saved millions of lives.

The Nobel Prize in Physiology or Medicine 2020 was awarded to Harvey J. Alter, Michael Houghton and Charles M. Rice for the discovery of the Hepatitis C virus (HCV), a virus that can cause cirrhosis and liver cancer. Before this discovery the majority of blood-borne hepatitis cases remained unexplained. Thanks to their findings, the causes were revealed and blood tests and new effective medicines have been subsequently developed – saving millions of lives.

“According to the World Health Organization (WHO),  an estimated 71 million people globally have chronic hepatitis C virus infection.”

HCV can cause both acute and chronic hepatitis, ranging in severity from a mild illness lasting a few weeks to a serious, lifelong illness. It is the major cause of liver cancer. The most common modes of infection are through exposure to small quantities of blood. This can be the result of injection drug use, unsafe injection practices, unsafe healthcare, transfusion of unscreened blood or blood products, or sexual practices that lead to exposure to blood. According to the World Health Organization (WHO),  an estimated 71 million people globally have chronic hepatitis C virus infection. In 2016, for example, approximately 399 000 people died from hepatitis C, mostly as a result of cirrhosis and hepatocellular carcinoma (primary liver cancer).

In the 1940s it became known that two main types of hepatitis exist, one form being an acute disease caused by Hepatitis A that is transmitted by contaminated water or food, and one form transmitted through blood and bodily fluids, which was more dangerous since it could lead to a chronic condition with development of cirrhosis and liver cancer. The discovery of the blood borne Hepatitis B virus was made by Baruch Blumberg in the 1960s, leading to diagnostic tests and a vaccine, and was also awarded a Nobel Prize (1976).

“The discovery of the blood borne Hepatitis B virus was made by Baruch Blumberg in the 1960s, leading to diagnostic tests and a vaccine, and was also awarded a Nobel Prize (1976).”

The Hepatitis B virus, however, was found to not be the cause in all patients suffering from hepatitis. At the same time as Blumberg’s discovery, Harvey Alter was studying the occurrence of hepatitis in patients who had received blood transfusions. He found that a large number of cases remained after both Hepatitis A and B had been excluded and he demonstrated that blood from these patients could transmit the disease to chimpanzees, the only other susceptible host besides humans. The unknown infectious agent had the characteristics of a virus and the illness became known as “non-A, non-B” hepatitis.

Niklas Björkström, Associate Professor, MD, PhD, Center for Infectious Medicine, Karolinska University Hospital and Karolinska Institutet, is a clinical microbiologist working as a physician and also performing research. A main task and responsibility in this work is to diagnose different viruses, bacteria, parasites and fungus, he says.

“For example we screen all blood donations for chronic viruses. I did not experience the era before the hepatitis C virus was discovered but I can only image how it would have felt knowing that an unknown virus existed that most probably could spread in healthcare settings through blood donations,” he says, emphasizing the importance of the three Laureates’ discovery. 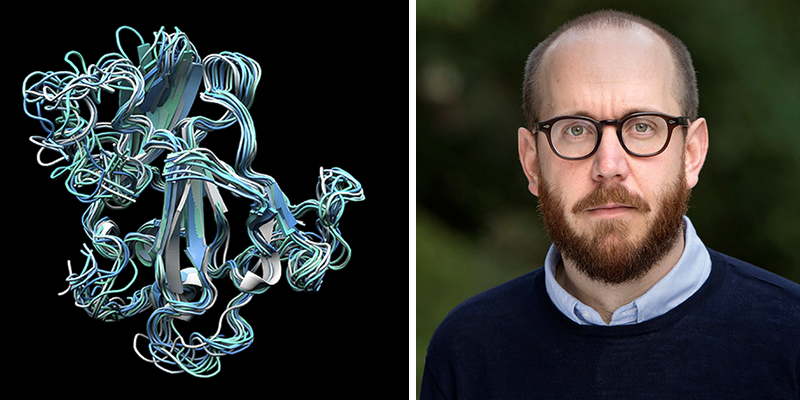 After Harvey’s findings, Michael Houghton and his colleagues used an untested strategy to isolate the genome of the new virus. They created a collection of DNA fragments from nucleic acids found in the blood of an infected chimpanzee, and predicted that some of these fragments would be derived from the mysterious virus. Using patient sera (they assumed that antibodies against the virus would be present there) the researchers identified cloned viral DNA fragments encoding viral proteins. Their findings were published in 1989. One positive clone was found, shown to be derived from a novel RNA virus belonging to the Flavivirus family, and this was named Hepatitis C virus. The presence of antibodies in chronic hepatitis patients strongly implicated this virus as the missing agent, explains the Nobel Assembly at Karolinska Institutet.

The final piece in the puzzle was laid by Charles Rice, studying a previously uncharacterized region at the end of the virus genome that they suspected was important for replication. Using genetic engineering Rice and his colleagues generated an RNA variant of the newfound virus that included the newly defined region of the viral genome and was devoid of the inactivating genetic variations. The RNA was then injected into the liver of chimpanzees, where virus was detected in the blood and pathological changes resembling those seen in humans with the chronic disease were observed – the final proof showing that Hepatitis C virus alone could cause the unexplained cases of transfusion-mediated hepatitis (findings published in 1997).

Thanks to the Laureates’ discovery, sensitive blood tests for the virus are now available and antiviral drugs directed at hepatitis C have been developed, greatly improving global health.

Niklas Björkström and his colleagues have previously mostly focused their research on understanding why our immune defense is not able to fight the clinical HCV infection. Now that there are new effective treatments available they have shifted their focus, for example towards finding out what determines if a mother-to-child infection will occur in a pregnant HCV positive patient, he says.

“These are patients who have lived with a chronic infection for decades, which results in the immune defense getting exhausted.”

“We are also interested in investigating how the immune defense is recovering in patients receiving these new medicinal drugs. These are patients who have lived with a chronic infection for decades, which results in the immune defense getting exhausted. It will be important for the future to understand if these now cured individuals could potentially have problems in fighting other infections in the future, for example,” explains Björkström.

The Nobel discovery has led to the possibility that the disease can be cured. According to the WHO, antiviral medicines can cure more than 95 percent of persons with hepatitis C infection, thereby reducing the risk of death from cirrhosis and liver cancer. However, access to diagnosis and treatment is low and there is not yet an effective vaccine against hepatitis C. Prevention to a large extend depends on reducing the risk of exposure to the virus, for example in healthcare settings and in higher risk populations. Actions include safe and appropriate use of healthcare injections, provision of comprehensive harm-reduction services to people who inject drugs (including sterile injecting equipment and effective and evidence-based treatment of dependence), testing of donated blood, and training of health personnel.

For those infected, it is important to provide education and counseling on options for care and treatment, immunization with the hepatitis A and B vaccines to prevent co-infection from these hepatitis viruses and to protect their liver, early and appropriate medical management (including antiviral therapy), and regular monitoring for early diagnosis of chronic liver disease. 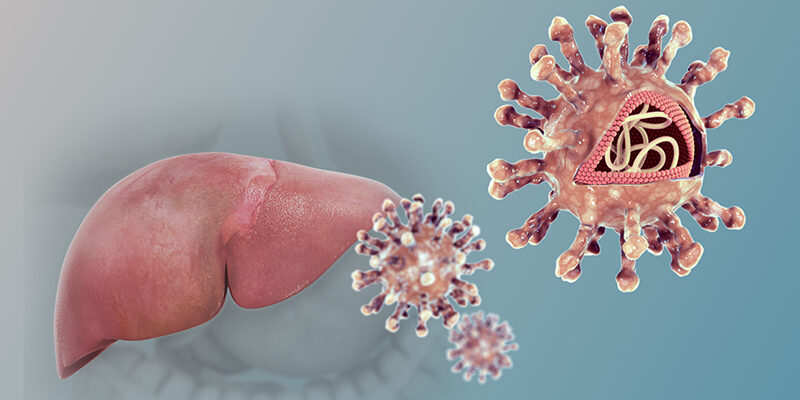 The WHO has adopted a strategy with a vision to eliminate viral hepatitis as a public health problem. This is encapsulated in the global targets to reduce new viral hepatitis infections by 90% and reduce deaths due to viral hepatitis by 65% by 2030, by which time 80 percent of all new cases will receive treatment. The strategy includes raising awareness, promoting partnerships and mobilizing resources, formulating evidence-based policy and data for action, increasing health equities within the hepatitis response, preventing transmission and scaling up screening, care and treatment services.

There is currently no effective vaccine against hepatitis C, but research in this area is ongoing, and in our interview with Michael Houghton, he says he believes we will have a vaccine within the next decade, hopefully sooner. He also thinks that the rapid and mobilized work of developing COVID-19 vaccines might help development in this area too. Niklas Björkström agrees.

“A vaccine will most likely be needed if we are to eliminate HCV. It has so far been difficult, but perhaps we could make use of the new lessons learned from the enormous rapid vaccine development that has taken place when it comes to SARS-CoV-2, providing us with new approaches to be used against HCV.”

The Nobel Prize in Chemistry 2013

The Nobel Prize in Chemistry 2013 was jointly awarded to Martin Karplus, Michael Levitt and Arieh Warshel for “the development of multiscale models for complex chemical systems.” Chemists used to create models of molecules using plastic balls and sticks. Today, the modelling is carried out in computers. In the 1970s,…

The NNF has awarded grants to 38 research leaders

The research leaders have been awarded grants under the Novo Nordisk Foundation Research Leader Programme. One project the grants will fund aims to discover new knowledge on how viruses such as influenza viruses and SARS-CoV-2 (which causes COVID-19) affect the body’s metabolism and whether their proliferation in the body can…

Researchers at Aalto University and University of Turku have discovered how altered opioid neurotransmission in the brain is connected to obesity. Scientists found that obesity was associated with a significantly lowered number of opioid receptors in the brain. No changes, though, were observed in the dopamine neurotransmitter system, which regulates…

Diabetes drug may increase the risk of serious adverse events

According to a Nordic study the use of a new class of drugs in the treatment of type 2 diabetes, so called SGLT2 inhibitors, are linked to a twofold increased risk for lower-limb amputation as well as diabetic ketoacidosis, a serious diabetes complication. Use of the SGLT2 inhibitors (sodium-glucose cotransporter…