The days are busy for Sweden’s Mikael Dolsten. As head of Pfizer’s R&D he is at the scientific forefront of the fight against the COVID-19 pandemic.

Scientists and researchers across the globe are racing as never before to find treatments and a vaccine for the new coronavirus that has killed more than half a million people worldwide since it was first detected in China in late December 2019. Among the leading contenders is a trial vaccine developed by global pharmaceutical company Pfizer, Inc., and the biotech company BioNTech, founded in Mainz, Germany.

“We are sharing data from our COVID-19 vaccine clinical trials with the U.S. Federal Drug Administration (FDA) in real time, so they can evaluate at the earliest possible time whether the safety and efficacy threshold has been met that would enable us to make the vaccine available,” said Sweden’s Dr. Mikael Dolsten, MD, PhD, Chief Scientific Officer and President, Worldwide Research, Development and Medical of Pfizer Inc during the fall 2020. “We are working with an ambition to share the vaccine in a fair and equitable way across the globe for the people with the most urgent needs,” says Dolsten.

Pfizer has been going full-throttle on developing a vaccine, working on several candidates with BioNTech. The candidate the companies have selected to pursue is BNT162b2, a nucleoside-modified messenger RNA (modRNA) candidate, which encodes an optimized SARS-CoV-2 full-length spike glycoprotein.

Named Project Lightspeed, the joint Pfizer/BioNTech BNT162 mRNA-based vaccine program began a stage three clinical trial with 30,000 participants at the end of July 2020. The mRNA vaccine candidate consists of an initial dose and a booster dose given within a three-week interval.

In an earlier study, by the 28th day (seven days after the second dose), according to Mikael Dolsten all subjects who received 10 or 30 µg of BNT162b1 had significantly elevated IgG antibodies against the viral key receptor binding domain (RBD) with levels corresponding to eight- and 46-times above the levels recorded in a panel of 38 sera of convalescent patients who had contracted SARS-CoV-2.

“It has been reported that many patients who have contracted COVID-19 disease have protective antibodies, although these may be lasting just a few months. Hence, to demonstrate that we can exceed those antibody levels is very encouraging,” he noted .

“The mRNA vaccines are promising because of their potential for high potency and ability to boost immune responses, engaging several arms of the immune system, such as antibody-producing B cells and anti-viral T-cells.” 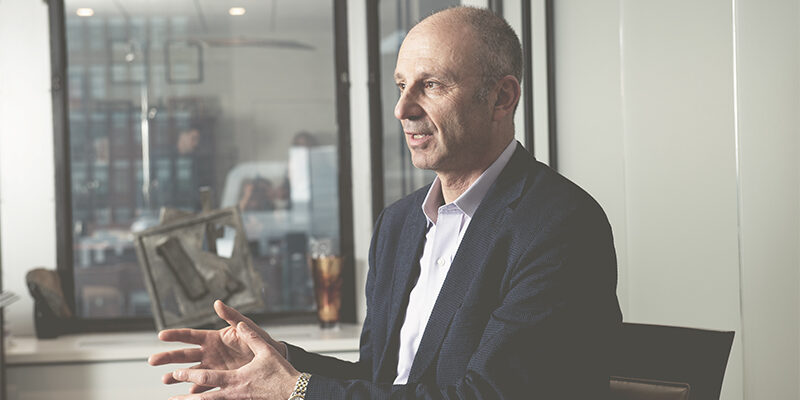 Dolsten also explains that among the advantages of BioNTech’s mRNA-based technology is its use of lipid nanoparticles to deliver the genetic-coded vaccine antigen to human cells. The technology platform is efficient and flexible enough to rapidly adjust to the new information that surfaces during an evolving pandemic.

“The mRNA vaccines are promising because of their potential for high potency and ability to boost immune responses, engaging several arms of the immune system, such as antibody-producing B cells and anti-viral T-cells,” he continues. “This is different from adenovirus-based vaccines, which traditionally can only be given as a single, likely short-lasting administration, and protein-based vaccines that usually mainly give rise to protective antibodies and less to T-cell immunity.”

He also points out that the fact that mRNA in the vaccine candidate is produced synthetically means it can be created much faster than has been done for past vaccines.

A vaccine is likely the only way of eliminating the threat

Besides the vaccine, Pfizer has also been working on an anti-viral candidate to treat COVID-19. Preliminary data suggests that a lead protease inhibitor displays antiviral activity against SARS-CoV-2.

While Pfizer and other companies have been working feverishly to develop a cure and treatments, attempts to contain the disease in many areas have been unsuccessful.

“The public health efforts, although significant, have so far not been able to substantially reduce the spread of the disease and a vast number of fatalities have occurred. Knowing that, and with the number of COVID-19 cases increasing worldwide, a vaccine is likely the only way of eliminating the threat of ongoing pandemics.”

“The public health efforts, although significant, have so far not been able to substantially reduce the spread of the disease and a vast number of fatalities have occurred,” says Dolsten. ”Knowing that, and with the number of COVID-19 cases increasing worldwide, a vaccine is likely the only way of eliminating the threat of ongoing pandemics.”

In his role as Chief Scientific Officer, Dolsten says it is rewarding to work with the scientists and clinicians who are at the forefront of the research. “Pfizer is collaborating across the healthcare innovation ecosystem, ranging from large pharmaceutical companies to the smallest of biotech companies, from government agencies to academic institutions, to address the COVID-19 global health care crisis,” he says.

According to Dolsten, the most challenging aspect of research and development is deciding when to stop a project.

“There is always more work scientists want to do,” he says. “I tend to ask them, ‘Convince me there is a key experiment that allows us to make a firm stop or go decision based on clear quantitative criteria.’ If that cannot be defined, often stopping is the best decision.”

Mikael Dolsten grew up in Halmstad, Sweden. He began his career as a physician-scientist at Lund University where he became involved with the Swedish life science sector early on. He has a Ph.D. in tumor immunology and a Medical degree from Lund University.

“I was fortunate to benefit from the great opportunities offered in Sweden in those times to work across academic science, hospital-based medical practice and a team-oriented entrepreneurial industry culture,” he says. “I also studied virology and immunology at the Weizmann Institute in Israel, which exposed me to the impact of diverse international talents on great science.”

He eventually decided to pursue a career in industry to have an impact on more people and more global health issues.

“Throughout my 30 years as a physician-scientist, I have been able to touch and lead many R&D projects that turned into approved life-saving medicines and vaccines. It is an amazing feeling when I see those products being used to improve patient lives in the U.S., Sweden, the European Union and across the globe,” he says.

Mikael moved with his family to the U.S. about 15 years ago and today he lives in the New York city suburbs. When he is not working, he enjoys playing tennis and squash, running, and spending time with family and friends.

“That allows me to do something different and to re-energize from the intense pace in the science world. If I am not staying busy, I get tempted to read about new scientific breakthroughs rather than relaxing. This is not good; we all need a balance in life,” he says.

“Make sure to separate work and life on your calendar. If your work also is your passion, which is often a hallmark for highly successful outcomes, force yourself to turn off the information flow, stay away from your digital devices and try to enjoy quiet or active private time.”

He admits that maintaining a work-life balance requires more work on his part though. “The biggest challenge in this increasingly digital around-the clock world is to disconnect from the constant information flow,” he says. “Make sure to separate work and life on your calendar. If your work also is your passion, which is often a hallmark for highly successful outcomes, force yourself to turn off the information flow, stay away from your digital devices and try to enjoy quiet or active private time.”

Numerous people have impacted Mikael positively during his career, foremost among them is his wife, Catarina.

“I also recall the brilliance of outstanding academic scientists, such as the late George Klein and my original Ph.D. supervisor Hans-Olov Sjögren, as well as my friend and collaborator Francis Collins at the National Institute of Health. Also, bright science-driven industry leaders in Sweden, the United Kingdom, Germany and the U.S. and close friends that each provided the inspiration that made me continue in my search for new scientific challenges,” he adds. 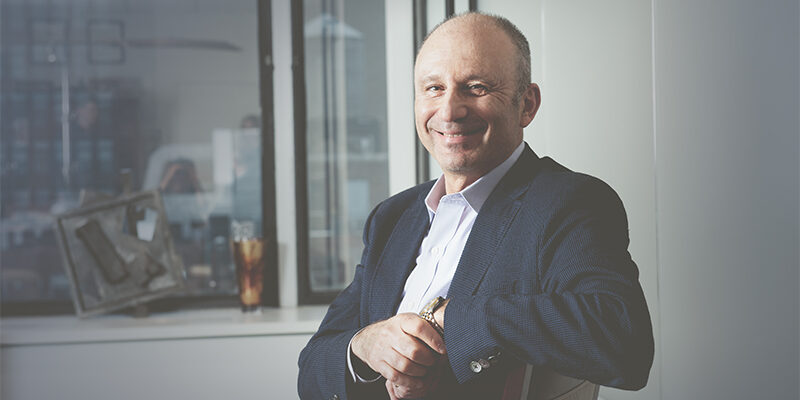 A new sense of openness

With Pfizer’s team and researchers worldwide confronting one of the greatest scientific challenges in history, Mikael Dolsten is hopeful that the collaboration born out of desperation will not end when a COVID-19 cure and vaccine are found.

“We’ve opened doors for one another, and I believe the way we are working now will carry forward into our future.”

“Our industry peers, the other pharmaceutical and biotechnology companies, have come together like never before,” he notes. “We’re acutely aware that we are all on the same side, and COVID-19 and other diseases are the enemies. The pandemic has created a new sense of openness and trust to share early data and novel ideas. We’ve opened doors for one another, and I believe the way we are working now will carry forward into our future.”

Finland has, as the last Nordic country, decided to temporarily suspend AstraZeneca’s COVID-19 vaccine. The country’s public health authority said two people developed blood clots after being vaccinated. As a result, vaccination will be suspended “until there is more information and a possible causality can be assessed”. The Nordic countries…

A sub-analysis from the Oxford-led COV001 and COV002 trials with Vaxzevria induced strong immune responses following either a prolonged second dose interval of up to 45 weeks or following a third boosting dose. The results, published by the University of Oxford on the pre-print server of The Lancet, demonstrated that antibody levels…

AstraZeneca’s Evusheld recommended for approval in the EU

AstraZeneca’s Evusheld, a long-acting antibody combination, has been recommended for marketing authorization in the EU for the pre-exposure prophylaxis (prevention) of COVID-19 in a broad population of adults and adolescents aged 12 years and older weighing at least 40 kg. People not adequately protected by a COVID-19 vaccine may particularly…

Karolinska Institutet is strengthening its healthcare capacity in virus diagnostics