Finding global biodiversity in your town

Zoos are a research treasure, a Cell paper shows.

Humans and chimpanzees have nearly identical genes. But we use those genes differently, in part because of changes in gene-regulating regions such as promoters, which are close to genes they control, and enhancers, which can be hundreds of bases away. A Cell paper from UK and US researchers with a Danish collaborator found that enhancers, in particular, might drive mammalian diversity.

“It was pure basic research to see what part of the regulatory genome is evolving,” says study coauthor Mads F. Bertelsen, veterinarian at the Center for Zoo and Wild Animal Health, Copenhagen Zoo  and University of Copenhagen affiliate professor.

The study found that in mammals, promoters generally evolve slowly and enhancers evolve rapidly. Recently evolved enhancers are implicated in adaptation since they are linked to positively selected genes. Enhancers, say the authors, are part of the “functional instructions” for mammalian diversity.

Bertelsen joined the project to broaden the range of studied mammals: The Copenhagen Zoo is the only place in Europe that can provide samples from Tasmanian devils, which the zoo has because Denmark’s Crown Princess Mary is from Tasmania. The endangered animals are just one example of the enormous biodiversity available at zoos.

“Zoos are not just for showing animals to the public,” says Bertelsen. “They are also for education and research.” PhD students funded at the Copenhagen Zoo by the Alfred Benzon Foundation, among other organizations, work on projects as diverse as the animals. A study supported by the Danish Heart Association began by exploring why giraffes, who have high blood pressure to pump blood to their heads, don’t have pathologies associated with this condition in humans. The work expanded to study giraffe diet and physiology. Another student is studying co-evolution of microbes and hosts, relying on the tremendous variety in the microbiomes of zoo animals.

Zoo scientists can bring new research ideas to multidisciplinary life science teams, including that snake hearts shrink and grow as they feed and fast, elephants rarely get neoplasms, and some lizards carry Salmonella without getting sick. Zoos are most interested in collaborations that yield practical results for their animals, but Bertelsen says they also want to contribute to science in general. “The diverse species at zoos are a unique resource,” he says. “We have an obligation to make this resource available to research. 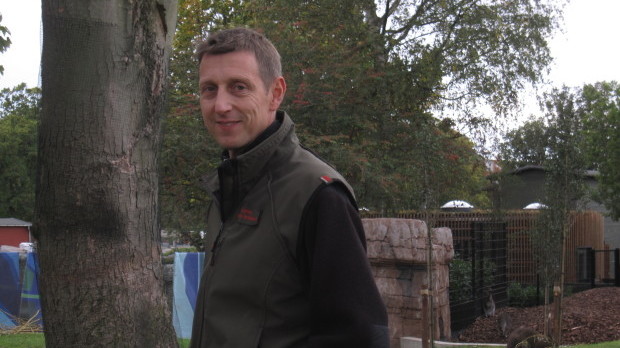 NNF awards 128 MDKK for an innovation platform at university hospitals

The NNF has awarded grants to 38 research leaders

The research leaders have been awarded grants under the Novo Nordisk Foundation Research Leader Programme. One project the grants will fund aims to discover new knowledge on how viruses such as influenza viruses and SARS-CoV-2 (which causes COVID-19) affect the body’s metabolism and whether their proliferation in the body can…

Emmanuel Dulac will join Zealand Pharma as new Chief Executive Officer on April 22, 2019. Emmanuel Dulac has 25 years of experience in the pharmaceutical industry, with a strong record of commercial and operational leadership underpinned by several senior roles in Europe and North America, reports the company. Since August…

Ideas from a California university inspire research and training in commercialization. It’s been a year since the launch of the Centre for Technology Entrepreneurship at the Technical University of Denmark (DTU). The university creates an average of 115 new companies a year, based on a 2018 analysis, and DTU Entrepreneurship…