The 2019 Nobel Prize in Physiology or Medicine was awarded to William G. Kaelin Jr., Sir Peter J. Ratcliffe and Gregg L. Semenza for revealing the mechanism of one of life’s most essential adaptive processes.

Oxygen: Elixir of Life. We need it for converting food into energy that we can use. The fact that oxygen is fundamental for life has been known for centuries, but it has long been unknown how cells adapt to changes in levels of oxygen. Too much or too little oxygen can be deadly and cells need to regulate their responses. That is what the three Nobel Laureates in Physiology or Medicine 2019 have discovered and described. They shared the Prize for their discoveries of how cells sense and adapt to oxygen availability, and they have described the molecular machinery that regulates the activity of genes in response to varying levels of oxygen.

“The discovery has provided us with a clear molecular understanding about how a cell senses and then adjusts itself to variations in oxygen that occur in the different tissues of the body. This is among the most important physiological variables in a cell’s life and that we now understand and can manipulate the response has a tremendous meaning,” says Randall Johnson, a professor at Karolinska Institutet and a member of the Nobel Assembly. At the press conference he also described the Laureates’ work as a “textbook discovery”. “This is something basic biology students will be learning about when they study biology and learn the fundamental ways cells work. It is a basic aspect of how cells work and I think from that standpoint alone it’s a very exciting thing.”

”It is a great choice! Not least because it clarifies how broad areas of application basic physiological discoveries have.”

”It is a great choice! Not least because it clarifies how broad areas of application basic physiological discoveries have. Besides the understanding of how the body’s cells are working this knowledge opens up for the development of new treatments for diseases such as heart attacks, cancer, anemia and chronic wounds, because if we don’t understand the fundamental principles of how our cells are working we cannot anticipate how to treat those who have become ill. It’s as simple as that,” says Mia Phillipson, Professor at the Department of Medical Cell Biology at Uppsala University. 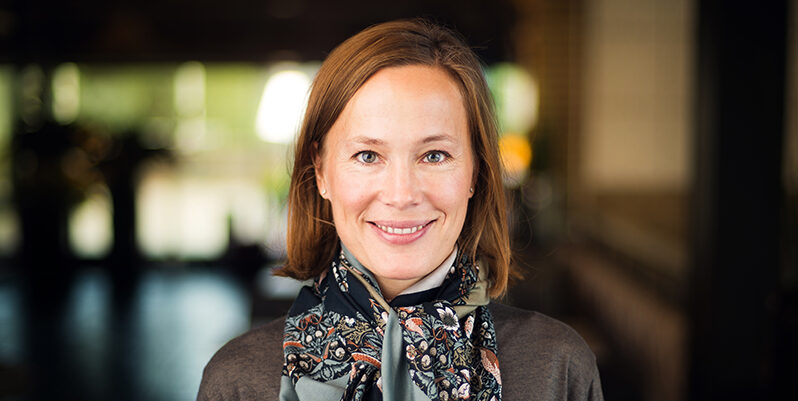 In animals oxygen is used by the  mitochondria in cells to convert food into energy. During evolution this mechanism developed to ensure a sufficient supply of oxygen to tissues and cells. For example, the carotid body, adjacent to large blood vessels on both sides of the neck, contains specialized cells that sense the blood’s oxygen levels, describes the Nobel Assembly at Karolinska Institutet in their press release. It has been described how blood oxygen sensing via the carotid body controls our respiratory rate by communicating directly with the brain (hypoxia). There are also other fundamental physiological adaptations. An important physiological response to hypoxia is the rise in levels of the hormone erythropoietin (EPO), which leads to increased production of red blood cells. This was known already at the beginning of the 20th century but it was not known how this process itself was controlled by oxygen.

Semenza studied the EPO gene and how it is regulated by varying oxygen levels. He used gene-modified mice and showed in 1991 that specific DNA segments located next to the EPO gene mediate the response to hypoxia. At the same time, Ratcliffe, who had also been studying oxygen-dependent regulation of the EPO gene, found that the oxygen sensing mechanism was present in virtually all tissues, not only in the kidney cells where EPO is normally produced. The two research groups now showed that the mechanism was general and functional in many different cell types. In cultured liver cells Semenza also discovered a protein complex that bound to the identified DNA segment in an oxygen-dependent manner. This complex was called the hypoxia-inducible factor (HIF). He was able to publish some of these findings in 1995, including the identification of the genes encoding HIF.  The complex consists of two different DNA-binding proteins, transcription factors, named HIF-1α and ARNT. Results have shown that when oxygen levels are high the cells contain very little HIF-1α and when oxygen levels are low the amount of HIF-1α increases so that it can bind to and regulate the EPO gene, as well as other genes with HIF-binding DNA segments. It was also shown that HIF-1α, normally rapidly degraded, is protected from degradation in hypoxia. At normal oxygen levels, the cellular machinery, the proteasome, degrades HIF-1α. A small peptide, ubiquitin, is added to the HIF-1α protein. Ubiquitin works as a kind of tag for the proteins defined for degradation in the proteasome.

How ubiquitin binds to HIF-1α in an oxygen-dependent manner was described by Kaelin, around the same time in 1995. He was investigating an inherited syndrome, von Hippel-Lindau’s disease (VHL disease), a genetic disease associated with dramatically increased risk of certain cancers. He showed that the VHL gene encodes a protein that prevents the onset of cancer. He also showed that cancer cells lacking a functional VHL gene express abnormally high levels of hypoxia-regulated genes, but when the VHL gene was reintroduced into cancer cells, normal levels were restored. This demonstrated that VHL was somehow involved in controlling the response to hypoxia. Other researchers also found VHL to be part of a complex that labels proteins with ubiquitin, marking them for degradation in the proteasome. Ratcliffe and his research group were able to demonstrate, in a crucial experiment, that VHL can physically interact with HIF-1α and is required for its degradation at normal oxygen levels. This finding linked VHL to HIF-1α.

“Piece by piece of the puzzle, the Laureates explained a sensitive machinery that compensates when the vital oxygen is not available in exactly the right amount.”

The question was now how oxygen levels regulated the interaction between VHL and HIF-1α? Kaelin and Ratcliffe suspected that the key to oxygen-sensing resided somewhere in a specific protein domain of HIF-1α. In 2001 they both published results that showed that under normal oxygen levels hydroxyl groups are added at two specific positions in HIF-1α. This modification, called prolyl hydroxylation, allows VHL to recognize and bind to HIF-1α and they had now explained how normal oxygen levels control rapid HIF-1α degradation with the help of oxygen-sensitive enzymes, prolyl hydroxylases. It was also shown that the gene activating function of HIF-1α was regulated by oxygen-dependent hydroxylation.

“Piece by piece of the puzzle, the Laureates explained a sensitive machinery that compensates when the vital oxygen is not available in exactly the right amount. Their groundbreaking discoveries have shed light on a beautiful mechanism explaining our ability to sense and react to fluctuating oxygen levels,” says Professor Anna Wedell, Member of the Nobel Assembly at Karolinska Institutet, Adjunct member of the Nobel Committee for Physiology or Medicine, at the Nobel Prize Award Ceremony, December 10th 2019.

The Laureates’ findings have given us a better understanding of how different oxygen levels regulate fundamental physiological processes. Oxygen sensing allows cells to adapt their metabolism to low oxygen levels, for example in our muscles during intense exercise.

Other examples of adaptive processes controlled by oxygen sensing are the generation of new blood vessels and the production of red blood cells. Our immune system is also fine-tuned by the oxygen-sensing machinery. It has also been shown to be very important during fetal development for controlling normal blood vessel formation and placenta development.

Oxygen sensing is also central in several diseases and the Laureates’ discoveries have paved the way for promising new strategies to fight anemia, cancer, infection and wound healing, as well as many other diseases.

“After that I think we will see a breakthrough application within cancer treatment and I believe that maybe we will look at immunotherapy in a new way – through the manipulation of T cells’ oxygen adaptation.”

Researchers at both universities and in the pharmaceutical industry are now focusing on developing drugs that can interfere with different disease states, either by activating or blocking the oxygen-sensing machinery. Professor Randall Johnson’s group at Karolinska Institutet uses genetic models to study the effects of hypoxia in physiological and pathological contexts and they are especially dissecting the roles of different isoforms of HIF as regulators of the hypoxia response in different cell types.

He believes science has come the furthest when it comes to the treatment of anemia and it is probably in this field where we will have the first breakthrough as an effect of the Nobel discoveries. A medicine that treats anemia by increasing the quantity of HIF has been approved in China and more are being developed. “After that I think we will see a breakthrough application within cancer treatment and I believe that maybe we will look at immunotherapy in a new way – through the manipulation of T cells’ oxygen adaptation,” he says. 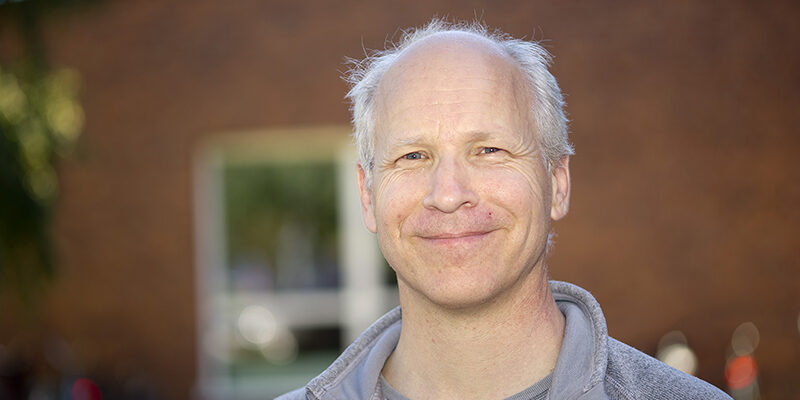 Clinical trials are taking place involving substances that inhibit HIF in order to reduce tumor growth in certain forms of cancer. Mia Phillipson’s research at the University of Uppsala is in part also connected to the Nobel Prize in Physiology or Medicine. She is for example investigating how the cells of the immune system contribute to the repair of damaged tissue. At the sites of different types of damage the blood flow is impaired and anemia occurs. In order for the damage to be repaired new blood vessels must be formed and Mia and her colleagues are trying to understand how different immune cells are contributing to this.

When your passion and lifelong work are the same. Great things can happen. Just ask James Allison.…

Tea Pemovska has been awarded the Biomedicum Helsinki Young Scientist Special Prize. Tea Pemovska defended her thesis entitled “Individualized chemical systems medicine of acute and chronic myeloid leukemia” only three weeks ago. The main aim of her thesis work was to develop a method for drug sensitivity testing that could…