How to succeed with heterologous genes

Scientists at the Technical University of Denmark upend conventional wisdom about introducing new genes into bacteria.

Why do some foreign genes work well in a new host and some do not? The reasons are critical for synthetic biologists who add heterologous genes to bacteria. The issue is clinically relevant, since bacteria gain antibiotic resistance through gene transfer. Postdoctoral fellow Andreas Porse and Professor Morten Sommer at the Novo Nordisk Foundation Center for Biosustainability, Technical University of Denmark, have new answers in their Nature Communications paper.

“Our motivation was to systematically rank the parameters that determine heterologous gene integration,” Porse says.

Earlier studies, Sommer says, pointed to sequence factors such as the way amino acids are coded as important for introducing new genes into cells. Those studies, though, were based on in silico modeling or experiments with one or a few genes. Porse et al. tested 200 antibiotic-resistance genes from a range of species. The gene products targeted diverse antibiotics, using mechanisms from degrading drugs to pumping them from cells. The researchers used growth and resistance to 20 antibiotics as a measure of gene compatibility with the Escherichia coli host.

“One of our main conclusions,” Sommer says, “was the extent to which the function of the gene determines how well it integrates into the host.”

Genes for proteins that interact with host structures, such as pumps that insert into membranes, were less likely to work and tended to be a burden when expressed in a new host. Genes for proteins that act independently, for example by modifying or degrading drugs, tended to perform well. Porse et al. found that for an introduced gene to function in a new host, its biochemical mechanism matters more than its sequence.

“It’s important to think about how the encoded protein interacts with cell physiology.”

“Industry tends to focus on sequences and gene expression,” Porse says. “We showed that it’s important to think about how the encoded protein interacts with cell physiology.”

The scientists also found that phylogenetic relatedness between gene donor and host mattered, but only for genes whose products interact with cell components. For example, E. coli tended to grow better with genes from other gram-negative compared to gram-positive bacteria. The bottom line, Sommer says, is when adding new genes to cells, consider the activity and mechanism of the gene product—If it must interact with membranes, proteins, or complexes, find a gene from a species closely related to the host.

Porse is now studying why some heterologous genes integrate poorly and how cells compensate. Sommer is chief scientific officer of AntibioTx, which develops antibiotics, but says these studies are part of his group’s basic research. The overall goal, he says, is “generating data to develop models that can explain and predict antibiotic resistance.” 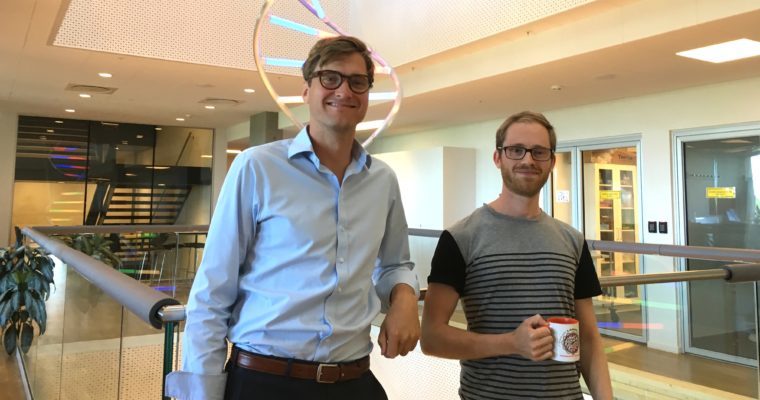 New findings about the gut microbiome

The TEDDY study – which includes kids in Finland and Sweden – is finding factors that influence type 1 diabetes. Type 1 diabetes (T1D), which is often diagnosed in childhood, results from a complex interaction of genetic and environmental factors, including the gut microbiome. To identify influencers of T1D development,…

Danish biotech and drug companies are among the best in Europe when it comes to the number of candidate drugs under development, according to a new study. Nordic Life Sciences sector study 2014, by Ernst & Young, concludes that Denmark has the largest pipeline of drugs undergoing clinical trials in Europe…

Since launching at Davos in 2017, an Oslo-based global organization has been accelerating pandemic preparations. Years before COVID-19 appeared, the Coalition for Epidemic Preparedness Innovations (CEPI) began working to make vaccine development – including for coronaviruses – faster and less of a financial burden. CEPI is a global nonprofit, supported…

Danish researchers are joining a major research project to develop new brain-scanning technology launched last year by US President Barack Obama. The project budget exceeds 100 million US dollars and the Danish scientists will get access to 1.5 million dollars and work alongside US scientists. Researchers are striving to create…