Growing up in an academic environment with parents who are scientists and engineers, Erik Gatenholm saw how transformative scientific discoveries could be and wondered how much more good they could do if only more people knew about them.

Fueled by his passions for biotechnology, marketing and facilitating change, Gatenholm co-founded and is the CEO of Cellink, the world’s first bioink company, with its U.S. headquarters in Boston, Massachusetts and European office in Gothenburg, Sweden. Using bioink technology, researchers can print three-dimensional human organs and tissue; the biomaterial enables human cells and tissue to grow as if they were in a body. 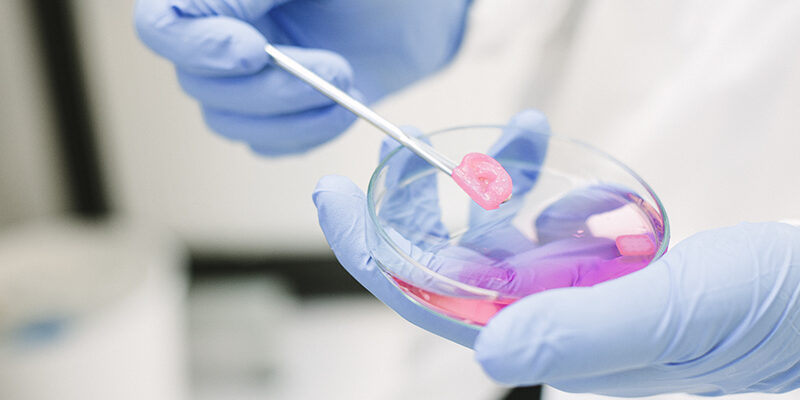 The bioink and the printer technology stem from work by researchers such as Paul Gatenholm, Erik Gatenholms father

Bioink and the printer technology stem from work by researchers such as Paul Gatenholm, Erik’s father, a professor of biopolymer technology and chemistry at Chalmers University in Gothenburg. Cellulose from Swedish forests and alginate from seaweed native to the Norwegian Sea are among the bioink’s ingredients.

The applications for the bioprinted materials are endless, including pharmaceutical and preclinical testing; scientists can print out small sections of cancer tumors, for example, and use them for testing different drugs and print liver, cartilage and skin tissues. Cellink also sells the bioprinters used in the process.

Five years ago, bioink was not available commercially, and Erik Gatenholm decided that needed to change. In the three years since Cellink was founded, business has grown rapidly and the company has customers in about 50 countries and employs approximately 100 people. Married with an apartment in Sweden, Gatenholm said he still travels frequently, spending most of his time on the east coast of the U.S. 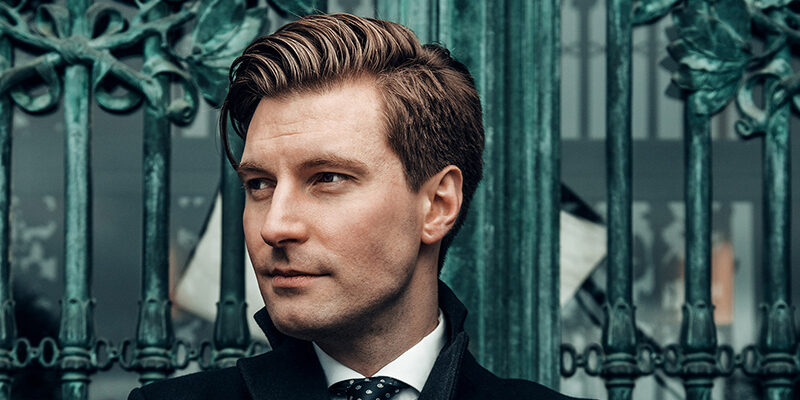 Erik’s other love is music production, but the passion for Cellink have put those activities on hold.

“I truly enjoy music production and actually had plans of becoming a professional House music producer,” he said. “Back in 2013, I received my first record deal with a record label and then kept producing for a few years after that. It’s been a while since I produced music now. I miss it.”

Gatenholm, 29, met some of his future business partners while working on his MBA at Gothenburg University. He was born in Sweden, but moved to the U.S. at a young age when his father accepted a job at Virginia Polytechnic Institute and State University (more commonly known as Virginia Tech) in Blacksburg, Virginia.

“A lot of companies in the science field are lacking is a focus on the management, marketing, and sales.”

Paul Gatenholm’s area of expertise was bioengineering, and he worked with biomaterials and tissue engineering. While Erik also was interested in science, he earned a degree in business management from Virginia Tech. He learned about interesting discoveries and developments in bioengineering and science, but also saw the difficulties scientists and entrepreneurs had in bringing discoveries to market and getting patents.

“You have to do that if you want to make an impact,” Gatenholm said. “I saw that was missing and wanted to focus on that aspect. What a lot of companies in the science field are lacking is a focus on the management, marketing, and sales.” 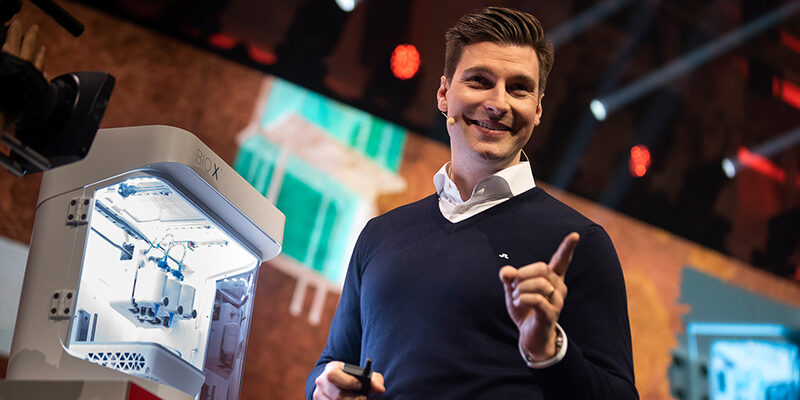 One of the challenges for new companies in Sweden and other Nordic countries is they are not as comfortable marketing products as businesses elsewhere, particularly the U.S., Erik Gatenholm said. “The environment is different [in Sweden]; I made a point that they could excel if they showcased their products. The U.S. has different ways of marketing. So many companies here are developing great technologies, but they don’t reach out far.”

“You have to spend time in labs and bring researchers up to speed, you have to build up relationships with customers and get to know them. I really enjoy that.”

In May 2019, Gatenholm had recently completed a “world tour” traveling to different research labs to explain bioink. “The life sciences’ industry is still a face-to-face industry,” he said. “You have to spend time in labs and bring researchers up to speed, you have to build up relationships with customers and get to know them. I really enjoy that.” 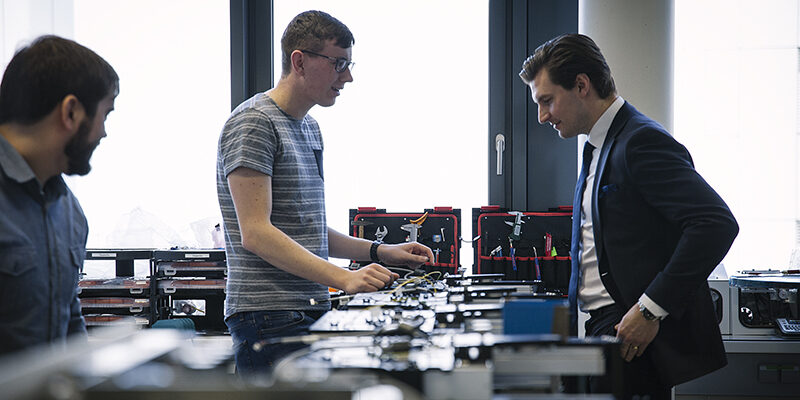 “You have to spend time in labs and bring researchers up to speed, you have to build up relationships with customers and get to know them. I really enjoy that.”

Want to be ready

Recruiting high-quality people is another challenge of starting any company.

“After 10 years, we will see researchers working it into clinical fields. We will be providing the pickaxe and shovels so they can print skin, a meniscus or blood vessels.”

Bioink’s uses likely will expand and diversify over the next few decades, according to Gatenholm, and he wants to be ready.

“The first 10 years will be focusing heavily on the pharmaceutical and preclinical industries, then we will see it working into clinical work,” he said. “We are starting with the easy tissues, the single-cell ones. After 10 years, we will see researchers working it into clinical fields. We will be providing the pickaxe and shovels so they can print skin, a meniscus or blood vessels.” 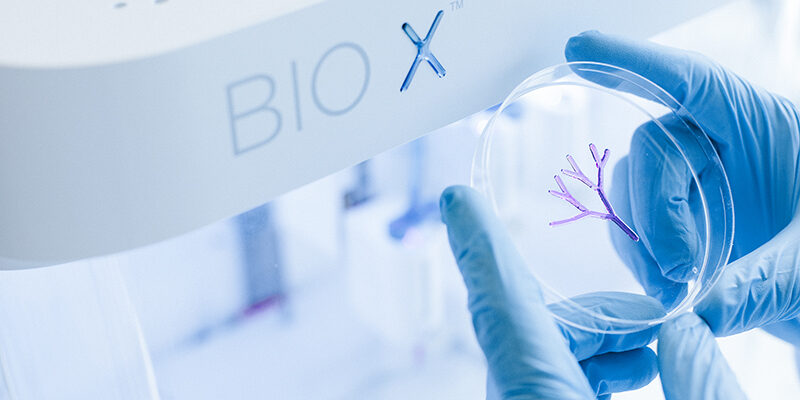 The groundwork for a successful business

Looking ahead, Gatenholm’s goal is to create “massive” life sciences’ companies that can supply the best added-value technologies. “I want to build companies comparable to Facebook and Google in the life sciences field.”

“I want to build companies comparable to Facebook and Google in the life sciences field.”

He would advise other entrepreneurs to publicize their names and ideas as much as possible as soon as possible. “It’s important to stand out; use advertising and marketing to stand out and always think about sales opportunities,” Gatenholm said. “By the time your product is approved, you will have laid the groundwork for a successful business.”

The Nordic countries also have the key ingredients to grow life science companies.

“The outlook is quite positive, the field is going to grow very rapidly,” Gatenholm said. “There are a lot of new companies popping up; the risks are low and the advantages high. When you look at the cost of scientists and programmers, salaries are lower [than the U.S.], you have a highly-educated workforce and the ability to start something very rapidly.”

Spinchem shares about 40 million SEK in an international research project funded by the European Union. ”This is good timing for SpinChem since our strategy is to create new environmentally friendly, bio-based processes for industry,” says Emil Byström, CEO of Spinchem. Nearly SEK 40 million Spinchem will receive a share…

Researchers Karolinska Institutet in Sweden and the University of Oulu in Finland have elucidated gene regulatory mechanisms that can explain how known genetic variants influence prostate cancer risk. The findings, published in the journal  Nature Genetics , reveal widespread deregulation of androgen receptor function, a key player in prostate cancer.…

Peter Honeth, State Secretary to the Minister for Education …

… and Deputy Prime Minister Jan Björklund, working at the Ministry of Education and Research at the Government Offices of Sweden. What is the government’s strategy for  investing in and developing the life science industry in Sweden? “There are a whole range of initiatives that the Swedish government has set…

The Stockholm Material Hub (SMH) has secured funding from the EU’s European Regional Development Fund, enabling continued research into novel materials and their use in life science applications. SMH is coordinated by Stockholm University (SU) and integrates materials expertise existing in Royal Institute of Technology (KTH), Karolinska Institute (KI) and…