When your passion and lifelong work are the same, great things can happen. Just ask James Allison.

Allison, 70, won the 2018 Nobel Prize in physiology or medicine for his discovery that blocking proteins on immune cells allows those cells to fight cancer. His work paved the way for the development of immunotherapy, an approach to treating cancer with the body’s immune system. Allison shared the prize with Tasuku Honjo of Japan, who was involved in similar research. As a result of their decades of work, immunotherapy has become one of the key treatments for some cancers.

His son gave him the news

Allison learned of his award while attending an immunotherapy conference in New York City, where his wife, who is an oncologist, was getting an award. They were up early but did not receive a call from Sweden, so Allison decided it was not his year. Then his son, who had watched the press conference and lives in New York, called to tell him he had won but the Nobel committee had been unable to reach him. 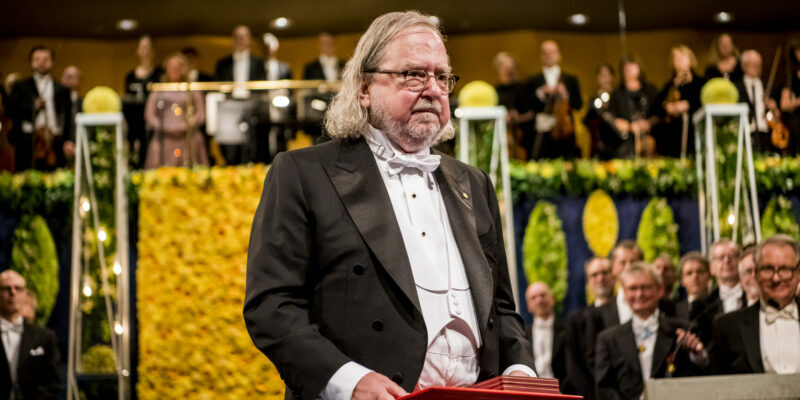 Fascinated by the immune system

A professor and chairman of the department of immunology at the University of Texas MD Anderson Cancer Center, Allison has spent his entire career studying T cells, which are a type of white blood cell that searches the body for abnormalities to destroy.

“I wanted to know how they worked. We knew they went all over the body looking for something to fight,” he said.” He first learned about T cells while a student at the University of Texas at Austin, shortly after they had been discovered. A biochemistry major, Allison became fascinated by the body’s immune system, took a course in immunology, and was hooked.

“I knew T-cells probably killed cancer, but I wanted to know how they work.”

During his research, Allison learned that activating a T cell was very complicated. “I knew T-cells probably killed cancer, but I wanted to know how they work.”

Much of Allison’s research was done at the University of California at Berkley, where he worked from 1985 to 2006, when he moved to Memorial Sloan Kettering in New York City to be closer to clinical trials. In 2001, clinical trials began of ipilimumab, a drug developed from his research, for patients with metastatic melanoma, a notoriously difficult cancer to halt or cure. The drug is designed to unleash the body’s immune system to fight cancer cells. Only about 12 percent of patients with this type of melanoma survive even two years. But after treatment during the trials, between 20 and 25 percent of patients survived three years – and longer.

“We had remarkable effects on a small number of patients with melanoma,” Allison said. One patient was alive 10 years after the therapy stopped and another is cancer-free18 years out of treatment, he said. Ipilimumab was the first drug ever to increase the survival rate for metastatic melanoma.

The success of ipilimumab launched immune checkpoint blockade as a cancer therapy. This approach is now approved for more than a dozen different types of cancer. 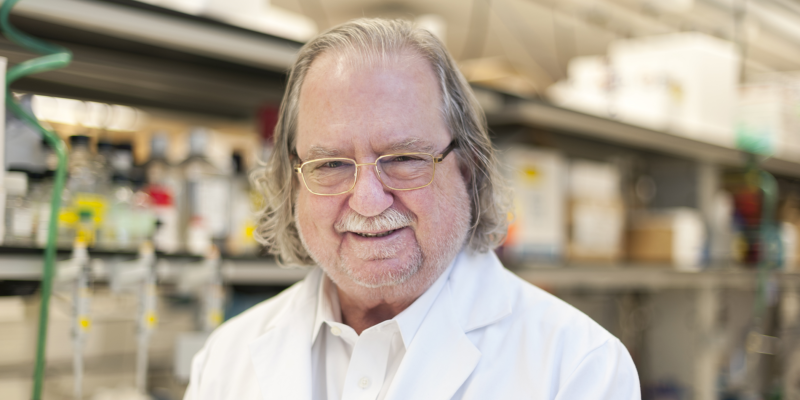 People thought it would never work

While discussions about immunotherapy started in the 1950s and 60s most ventures failed, according to Allison.

“In the 1990s, most in the field of cancer thought it was a joke – people thought it would never work. Molecular oncologists looked at it as joke.”

But when his results started coming in, Allison finally was invited in 2006 to a major cancer meeting. “I was the only immunologist there. Luckily a lot of people kept slugging at it [immunotherapy] over the years.”

Survival benefits as high as possible

The next big step for immunotherapy in treating cancer is combining it with other drugs and treatments to make it more effective.

“Immunotherapy can be combined with almost anything; you can combine it with chemotherapy or radiation as long as you do it right. The benefits of immunotherapy are several; the best one is that once T cells see something different about the cancer cell and attack the cancer, they can be re-activated [if the cancer reoccurs.]”

“We want to get survival benefits as high as possible for as long as we can,” he said.

Allison also is the executive director of the Immunotherapy Platform at MD Anderson, a program that aims to better understand response and resistance to immunotherapy so it can be extended to more patients. His wife, oncologist and scientist Padmanee Sharma, also is a program leader and they are involved with about 107 clinical trials. “We want to get survival benefits as high as possible for as long as we can,” he said.

Family history partly inspired Allison to fight cancer. His mother died of the disease when he was 10 and he lost an uncle and brother to cancer. Allison also has been diagnosed with three different types of cancer, all of which were caught at very early stages, he said.

When he is not busy in his lab, Allison pursues his other interest: music. He plays the harmonica in two bands, one comprising oncologists and immunologists called the Checkpoints, which plays at conferences, including the American Society of Clinical Oncologists; fundraisers and even played at the House of Blues in Chicago. The second band is made up of MD Anderson employees. This past New Year’s Eve Allison played with Willie Nelson at the singer’s annual concert in Austin. “I play blues songs; both bands play a lot of rock n’ roll. Here in Texas we mostly play benefits for cancer care.”

“If you’re not wrong a lot, you are working on something boring.”

But immunology remains his passion. “I’ve been at it since 1982 and I still have a lot to learn,” Allison joked. “With any complex scientific problem, you have to be willing to keep working even if you hit dead ends,” he continued. “If you’re not wrong a lot, you are working on something boring.”

Award: Nobel Prize in physiology or medicine for the “discovery of cancer therapy by inhibition of negative immune regulation.”

Current Position: Professor and chairman of the department of immunology at the University of Texas MD Anderson Cancer Center

The Nobel Prize in Physiology or Medicine has been announced

The Prize will be awarded jointly to Jeffrey C. Hall, Michael Rosbash and Michael W. Young for their discoveries of molecular mechanisms controlling the circadian rhythm. Life on Earth is adapted to the rotation of our planet. For many years we have known that living organisms, including humans, have an internal,…

CRISPR/Cas9 – Rewriting the code of life

The discovery of CRISPR/Cas9 genetic scissors has revolutionized a lot of research areas, not least within life sciences, and the technology is bringing hope for new cancer therapies and the treatment of inherited diseases. The 2020 Nobel Prize in Chemistry was awarded to Emmanuelle Charpentier and Jennifer Doudna’s discovery of…

Jack W Szostak was honored with the Nobel Prize in Physiology or Medicine 2009. Jack W Szostak, Elizabeth H. Blackburn and Carol Greider received the Medicine Nobel prize 2009 for “the discovery of how chromosomes are protected by telomeres and the enzyme telomerase”. Unlike the other two laureates, Jack Szostak…

Read Chris Tachibana’s exclusive interview with Frances H. Arnold, a Nobel Laureate in Chemistry 2018, and learn more about her bold approaches to optimizing enzymes for society’s benefit. “I’m interested in big questions,” says Frances Arnold. And nothing stops the 2018 Chemistry Nobel Laureate from answering them. Arnold, the California…