The statement grew out of the first Nordic-Baltic meeting for Young Academies held in Stockholm last year, with the purpose to identify initiatives and strategies that may improve gender equality. This is aimed at universities, research councils and decision-makers in the Nordic and Baltic countries.

“In our view, academia cannot afford such a loss.”

“We had long been worried about the fact that although women have constituted more than half of the PhD candidates in the Nordic countries in the last decade, it is well documented that there is a loss of women across the academic career pipeline. This means that academia loses too much talent. In our view, academia cannot afford such a loss. If we want to achieve gender equality within a reasonable period of time, targeted initiatives, such as those suggested in the statement, are required,” Guru Busterud and Ingrid Lossius Falkum, Board members of the Young Academy of Norway jointly stated to Nordic Life Science.

In their statement they propose a number of measures for all areas of academia, including recruitment, promotion, research funding, work environment, mobility, scientific meetings and the peer-review process.

A real change in the gender balance

Beyond the obvious advantages of having gender equality in science, such as fairness and equal opportunities for men and women, Busterud and Lossius Falkum believe that improving gender equality in science may also improve the quality of research by contributing to greater diversity in research questions and approaches. In order to encourage young women to pursue a career in science and make them aim for a leadership position, good role models are needed, they state.

“In our view, improvement of gender balance is a leadership responsibility.”

“In our view, improvement of gender balance is a leadership responsibility. It is important to have explicit and ambitious goals for gender balance in academic positions, leader positions, among project leaders, and so on. It is crucial that such goals are quantified, since this makes it easier to evaluate their achievement,” they say, while providing an example from Norway.

Although about one third of professors in Norway are women, they are grossly underrepresented as leaders of Norwegian Centers of Excellence (CoE). This scheme was established by the Research Council of Norway (RCN) to provide long-term funding for ground-breaking research that advances the international research frontier.

“In this year’s announcement, the RCN requires that women be 40 percent of the leaders of CoE. This is an example of a measure that is likely to contribute to a real change in the gender balance at the top research leadership level of Norwegian academia, and will provide role models to which young female researchers may look for inspiration.”

Busterud and Lossius Falkum also call for more statistics. It is important to get statistics on gender balance among applicants for academic positions (including leader positions), the candidates who are invited for an interview, and also the candidate who gets the position.

“When hiring in academic positions, employers should make their evaluation criteria transparent, and provide all committee members with explicit knowledge and awareness of implicit bias, and of techniques to keep bias from wrongly disadvantaging candidates,” they state.

“It is also crucial that they consider the length of parental leave when evaluating applicants’ merits and scientific performances. Also, given that the increased focus on mobility and internationalization in academia may raise specific challenges for female researchers with families, it is important to recognize that there are alternative methods for assessing international experience, such as shorter research visits, international conferences, co-authorship and international project collaboration.”

Gender equality can be regarded as superfluous

Busterud and Lossius Falkum have both experienced gender inequalities in their careers. For example, in an interview setting Busterud  experienced that while male applicants were asked how they would act in a given situation, a female applicant was asked how she would feel in the same situation.

“I am sure that the interviewer did not intend to ask the female applicant this type of “gendered” question. Rather it happened unconsciously, which is depressing because it shows us how easy it is not to treat men and women equally. One can imagine that it must be difficult to compare candidates, if they do not encounter the same type of questions,” she says.

Compared to many other countries, the situation for gender balance is very good in the Nordic countries. In such circumstances, initiatives for gender equality might be regarded as superfluous, continues Busterud.

A much greater awareness of this issue these days

Lossius Falkum has been working in a philosophy department for several years. Philosophy is famous for being a male dominated discipline and her department is no exception in this regard, she says.

“Increasing the number of female employees has been a leadership concern for a long time, and we are beginning to see some improvement in the gender balance of the younger generation of philosophers in my department. Still, I believe we have a way to go before we have an environment where women and men have truly equal opportunities.”

As a PhD student she also experienced several episodes of sexual harassment, particularly at international conferences, but there is luckily a much greater awareness of this issue these days, both nationally and internationally, as a result of metoo, she says.

“I have been very fortunate to have strong female role models who have given me lots of support and encouragement in my pursuit of an academic career. While I still occasionally experience implicit gender bias, I do feel that things have moved quite a bit forward since I started working in academia and that the research environments that I work in are generally inclusive towards both genders,” says Lossius Falkum. 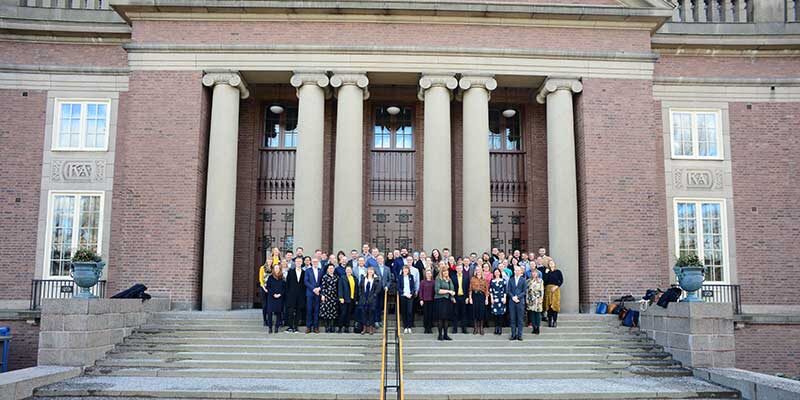 Using theoretical models of bacterial metabolism and reproduction, scientists can predict the type of resistance that bacteria will develop when they are exposed to antibiotics. This has now been shown by an Uppsala University research team, in collaboration with colleagues in Cologne, Germany. “This kind of knowledge would enable better…

A new center for the study of molecular medicine at Umeå University is seeking 16 young scientists to engage in research. Founded by the Knut and Alice Wallenberg Foundation (KAW), the center has received 175 million kronor for the period from 2016 to 2024 from the foundation. Umeå University and…

Researchers at Chalmers University of Technology and the University of Gothenburg have found several new genes that make bacteria resistant to last-resort antibiotics. The genes were found by searching large volumes of bacterial DNA and are published in the scientific journal Microbiome. The researchers found 76 new types of resistance…