Professor Ed Boyden has won the Lennart Nilsson Award 2019 for developing a new technique called expansion microscopy. But his research expands beyond this discovery, for example into the exciting field of optogenetics.

The microscope technique developed by Ed Boyden and his research group, and which now has been recognized with the Lennart Nilsson Award, has made it possible to record images of biological preparations that have previously been very difficult to study. Unlike traditional methods, the technique is based on physical expansion of the biological specimen.

“With an artistic view, he has highlighted the beauty in microscopy preparations, in particular images of the brain’s three-dimensional structure”

The jury of the Lennart Nilsson Award described his achievement as, “Making the invisible visible and, with an artistic view, he has highlighted the beauty in microscopy preparations, in particular images of the brain’s three-dimensional structure. His microscope images have, through their detail and beauty, provided a deeper understanding of the complexity of the brain for both laymen and experts.”

“In expansion microscopy, we take brain specimens and infuse them with a special polymer, a swellable polymer much like the kind of material you find in baby diapers. We then soften the specimen, add water, and the baby diaper material swells – making the brain bigger. Since the polymer is so dense and even throughout the brain, the brain expands in an even way. The net result is that we can image the brain with nanoscale precision, because the polymer expansion brings tiny, nearly invisible features into the realm of the visible,” explains Boyden.

This is a rendering of part of a large scale, 3-D, multicolor image of a piece of the mouse hippocampus. Neurons express differently colored fluorescent proteins through a technology called Brainbow, in which viruses deliver the genes that encode for different fluorescent proteins to different neurons. This brain was prepared using expansion microscopy. Photo: Ed Boyden

Previous microscopy technologies that enable you to see nanoscale features were very slow, very expensive, or hard to use. Expansion microscopy, in contrast, lets you use ordinary, common imaging techniques to obtain nanoscale detail, continues Boyden.

“Hundreds of groups are using expansion microscopy to visualize tiny structures within cells, tissues, and organs. Because biomolecules are fundamentally nanoscale in dimension, all of biology and medicine can apply this technique to see things better. We’ve trained over 350 groups to do expansion microscopy, and new discoveries are coming out every week, mapping out the molecules within cells, in complex states like disease states of tissues.”

Boyden is particularly excited that with expansion microscopy they could make a complete map of the brain – maybe even with enough detail that we could simulate it in a computer, he says. “This might help us understand thoughts and feelings, and also how to intervene with neurological and psychiatric disorders.”

Ed Boyden is a Y Eva Tan Professor in Neurotechnology and Professor of Biological Engineering and Brain and Cognitive Sciences at the MIT Media Lab and MIT McGovern Institute, USA. His research focuses on developing tools for analyzing and repairing complex biological systems and using these tools to elucidate fundamental principles about the biological function of these systems. Together with Li-Huei Tsai, Picower Professor of Neuroscience and Director of the Picower Institute of Learning and Memory at MIT, Boyden has founded the company Cognito Therapeutics, to effectively do human trials of “movies” to treat Alzheimer’s. The technique used is called optogenetics.

Optogenetic tools are genetically encoded molecules that, when targeted to specific neurons in the brain, enable their activity to be driven or silenced by light. These molecules are microbial opsins, seven-transmembrane proteins adapted from organisms found throughout the world, which react to light by transporting ions across the lipid membranes of cells in which they are genetically expressed (Boyden, Biology Reports, 2011).

“I think that optogenetics, applied to animal brains, will reveal new targets for drugs to be developed against, as well as new patterns of activity that, if induced through noninvasive means, will help heal the brain”

“I think that optogenetics, applied to animal brains, will reveal new targets for drugs to be developed against, as well as new patterns of activity that, if induced through noninvasive means, will help heal the brain. One of my favorite examples is from Li-Huei Tsai, who discovered, using optogenetics, a pattern of activity – a 40 Hz brainwave – that in mice cleans up the molecular problems in Alzheimer’s disease. Her team went on to figure out that you could induce this pattern effectively by having the mice watch a movie.”

Ed Boyden and his research group use a number of somewhat unconventional methods to design more useful tools, for example thinking backwards.

“Thinking backwards means thinking deeply about the nature of a problem, and then surveying all the possible strategies for addressing the problem. We also like to think about going for “ground truth” a fundamental limit of description of a system e.g., getting down to biomolecules if we want to understand a cell. Finally, a lot of great ideas are “hiding in plain sight” – we like to read old papers to get insights into potential new technologies that could help understand or repair the brain,” says Boyden. 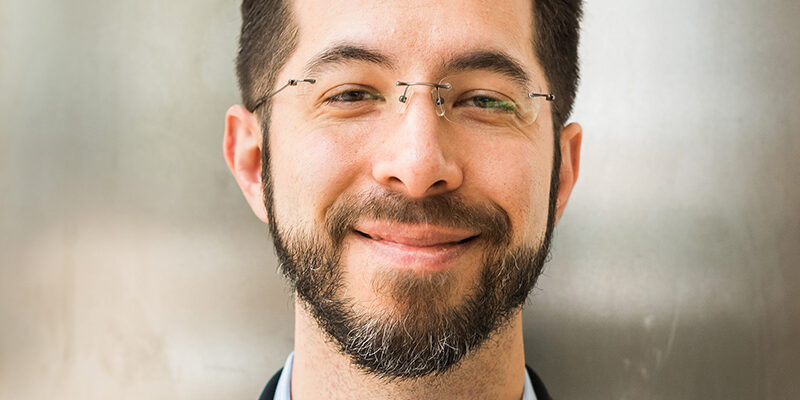 You can see an explanation of expansion microscopy, with animations and movies, here!

About the Lennart Nilsson Award