The analysis provides facts and figures about commuting, workforce, investments, businesses and research in Medicon Valley, and it also highlights a crucial discussion about the unexploited collaboration potential in the region.

The analysis, prepared by Øresundsinstituttet as part of the Interregproject Greater Copenhagen Life Science Analysis Initiative, shows for example that there are more than 900 border commuters. At least 800 people commute from Skåne to work at life science companies in Zealand, and at least 100 commuters from Zealand were identified as working in the life science sector in Skåne.

The analysis also shows that the pandemic gives border commuters “tax headaches”. Working more from home due to the pandemic is making it difficult for border commuters to fulfil the requirement of working at least half of the time in their country of employment. This has created extra administration and additional costs for companies and could also mean that border commuters may be hit with back taxes, the authors state.

More border commuters in Medicon Valley may become a reality in the years to come, the authors of the analysis state. One major reason for this is that Ferring Pharmaceuticals in the summer of 2021 will move from its Danish headquarters in the Ørestad district to Kastrup, adjacent to Copenhagen Airport.

The new Danish headquarters, which goes by the name Soundport, is located right on the coast of the Øresund Strait. With its 37 500m2, Soundport will be the largest R&D centre for the Ferring Group. Ferring Pharmaceuticals expects to recruit around 150 new employees as part of the move, says Marianne Kock, CEO of Ferring Pharmaceuticals in Denmark in the report.

“We expect to employ more staff when we move to our new residence in Kastrup. The new building can accommodate up to around 750 employees; we are just under 600 in our current building. The new staff members might be from Denmark, Sweden or other countries. What is important to us is finding the right employees with the right competences,” she says.

Ferring Pharmaceuticals’ new Danish headquarters, which goes by the name Soundport, is located right on the coast of the Øresund Strait. Credit: Foster + Partners

The survey also reveals that there are more foreign CEOs in Zealand. Around three-fourths of the life science companies that are listed in Sweden and have headquarters or manufacturing facilities in Skåne are headed by Swedish CEOs. In Denmark however, around two-thirds the life science companies with headquarters and listings in Denmark are headed by Danish CEOs. The share of foreign CEOs in the segment is thus larger in Denmark than in Skåne. Larger, listed Danish companies such as Novozymes, H. Lundbeck, Zealand Pharma, Orphazyme and Ambu for example have recruited chief executives from abroad in the past five years. According to recruitment experts, the differences in internationalization between Denmark and Skåne are related to the companies’ size, development stage, capital needs and more.

It also showed that at least 20 Danish CEOs/managing directors work in large, medium-sized and small life science companies in Skåne. The number of Danish directors has risen since 2017.

When it comes to research, cancer, diabetes and reproduction are three research areas of excellence in Medicon Valley. World-class research is conducted in all three, and there are multiple links across the strait, it is stated in the new report. There are around 600 researchers in cancer research at the hospitals in Region Skåne, Region Hovedstaden and Region Sjælland, and there is also extensive research at the universities, in the industry and at the Danish Cancer Society’s research institute in Copenhagen. Within cancer research, it is relatively common for researchers and research groups to collaborate across the strait, but researchers call for more structural collaboration.

“Within cancer research, it is relatively common for researchers and research groups to collaborate across the strait, but researchers call for more structural collaboration.”

Diabetes research has strong historical links to the Øresund Region, as the predecessor to today’s Novo Nordisk was founded in Copenhagen in 1923. Today, research centres on both sides of the Øresund bring together diabetes research, and many of the largest players have joined forces in the Interreg-collaboration DiaUnion.

Reproduction research has also traditionally been strong in the Øresund Region, and there has long been extensive exchange across the strait within the Interreg-project ReproUnion 2.0 and its earlier iterations. Today, a unique biobank is being constructed, the aim with which is to include 5 000 couples from Denmark and Sweden and get to the bottom of involuntary childlessness.

The analysis also shows that between 2015-2022, the EU-programme Interreg Öresund-Kattegat-Skagerrak granted just under 47 million EUR to joint Danish-Swedish development projects in the life sciences. 18 life science projects have received funding during that time, and ten of the projects are still currently active.

The Novo Nordisk Foundation also granted 35 million EUR for the super-microscope MicroMAX in Lund, which will be ready for use in 2022. The grant is the foundation’s largest in southern Sweden today. 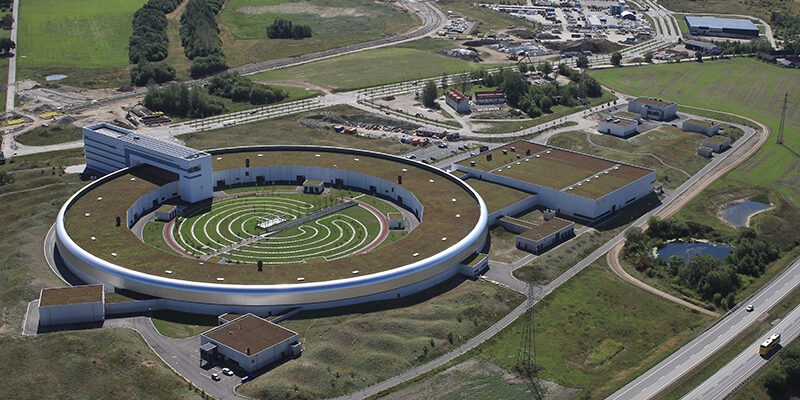 The obstacles to collaboration are much more structural

One of the conclusions drawn by the authors of the analysis was that there remains great potential to increase contacts across the Øresund. The Øresund is where Denmark’s and Sweden’s national life science strategies meet. Two neighbouring countries, both successful in the life sciences, each an important trade partner for the other. The interviews in this report show that the actors who see great opportunities in expanding collaborations are very many.

”Working together is incredibly easy; it’s great when Danish and Swedish doctors and researchers get together for a project and share data and work together – that has never been a problem, it’s always been a lot of fun. The obstacles to collaboration are much more structural,” states Mef Nilbert, head of research at the Danish Cancer Society in Copenhagen in the report.

There are no transborder research funds

Carl Borrebaeck is a professor of immunology at Lund University, and his research has led to the formation of six companies. He believes that there remains a great deal of unexploited collaboration potential. To improve collaboration, he would like to see more transborder research funds and a shared platform that highlights the differences in Swedish and Danish company rules. “We could beat Silicon Valley or any other “Valley” for that matter – what holds us back is that there are no transborder research funds,” he states.

“We could beat Silicon Valley or any other “Valley” for that matter – what holds us back is that there are no transborder research funds.”

Borrebaeck is convinced that there would be more collaborations if e.g. Innovation Fund Denmark and Vinnova joined together for a common funding programme. “We have unique biobanks, expertise, equipment, we have a 7-tesla machine in Lund that is co-owned by Danish researchers but that isn’t being taken advantage of the way it could because of the limitations in how research funds may be used. Collaboration works in spite of those limitations – but it could work very, very, very much better,” he says. 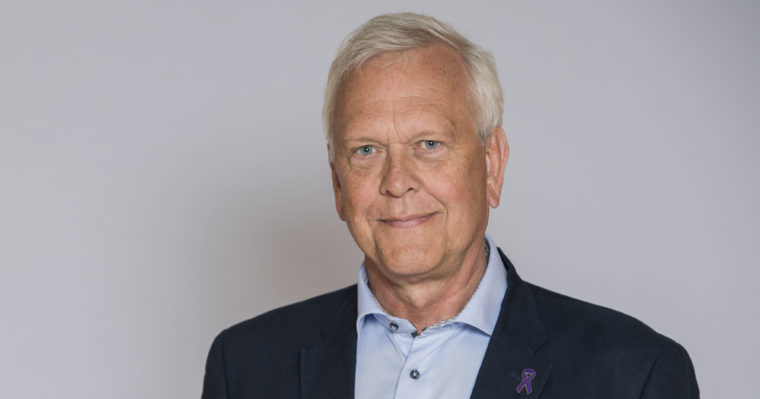 “The Greater Copenhagen Region should be a test bed for more innovative collaboration in the life sciences between Denmark and Sweden,” says Petter Hartman, administrative director of Medicon Valley Alliance, who will become CEO of Medicon Village Innovation AB in Lund in November, in the report.

“There should be concrete pilot projects for the benefit of patients as well as the industry in both countries.”

To achieve that, there should be concrete pilot projects for the benefit of patients as well as the industry in both countries. For that to happen however, there’s a need for increased resources and political determination, he says.

13 Danish companies listed in Sweden since 2014

The investment climate in Medicon Valley is moving forward, according to a number of Danish and Swedish investment companies, the analysis states. Funding rounds are growing larger, especially on the Danish side of the Øresund, and the participation of venture firms from abroad is increasingly more frequent. Many of the life science companies in Medicon Valley with Danish-Swedish ownership interviewed agree that the access to risk capital is generally good.

Actors from the sector point out that Novo Nordisk Foundation’s establishment of the BioInnovation Institute in Copenhagen in 2017 was an important event for seed-funding in the region, and it has also benefitted Swedish life science companies.”

Actors from the sector point out that Novo Nordisk Foundation’s establishment of the BioInnovation Institute in Copenhagen in 2017 was an important event for seed-funding in the region, and it has also benefitted Swedish life science companies.

Companies in Skåne also highlight the need for better access to venture capital, and companies on Danish shores would like to see the Danish stock market become more lucrative, like its Swedish counterpart.

The quest for funding

Applying for grants is part of the everyday life of Swedish researchers. But the task can be a time consuming and difficult project when the competition is tough.…

Forbes Magazine ranks Denmark no. 1 in their global league table “Best Countries for Business”. Just recently, the World Bank ranked Denmark first in Europe in their Doing Business Report, and the Danish Minister for Foreign Affairs, Kristian Jensen, hopes that the recurring international recognition of the Danish business climate…

For the sixth year in a row Denmark is ranked the easiest place in Europe to do business, and globally, only New Zealand and Singapore are ahead of Denmark in the World Bank’s ‘Ease of Doing Business Index’. The Danish Minister for Foreign Affairs, Kristian Jensen, says: “It is important…

Optimizing outsourcing in the Nordics

Outsourcing in Clinical Trials Nordic in Copenhagen, 9 – 10 of September 2015, offered a stronger presence from both the pharmaceutical and medical device industries. The event has established itself as the leading clinical outsourcing-specific event in the Nordic countries and now returned for its 3rd year to Copenhagen. The…