The rapid development within nanotechnology drug delivery is creating new possibilities to treat common diseases and improving pharmaceuticals. Safety aspects and competitionwith established treatments are however some of the obstacles on the way to a real breakthrough.

Nanotechnology is rapidly growing in the field of medicine and more specifically in drug delivery with potential therapeutic benefits in several areas such as neurology, cancer and cardiovascular disorders. Scientists are finding new and improved ways to target specific parts of the body, for example cancertissues, unreachable with conventional treatments, with more precision than ever before. With innovations in the field of drug delivery, the pharmaceutical compound can be safely transported at the right dose to the right place in the patient’s body to achieve its therapeutic effect.

“With the possibility of actually delivering the drug to the specific target, nanotechnology has reached a huge potential for developing better therapeutics that goes beyond improving and optimizing the chemical compound,” says Paulina Paszkiewicz, Business Developer Drug Delivery at Nanologica, a nanotechnology and advanced materials company focused on the development and commercialization of nanoporous silica for novel applications in life sciences, including drug delivery.

“The idea is to take a pharmaceutical compound that has proven to be effective for a specific disease back to development and change the formulation to apply the same drug to treat other types of diseases or patient groups with specific needs, such as children or the elderly” says Paulina Paszkiewicz.

The focus on reaching out to patients is reflected in the key goal of Swedish Drug Delivery companies to adapt drugs towards more user-friendly alternatives.

“The reformulation field is also looking at ways to make oral administrations more convenient for patients, like adjusting large pills that can be difficult to swallow. Improving the convenience of therapeutics is an important development for the patient and makes therapies safer. Thus, the patient’s perspective is something that is driving the nanotechnology field right now,” Paulina Paszkiewicz explains.

While nanotechnology could revolutionize medicine and could be a real breakthrough in drug delivery there are some obstacles in the way. The competition with traditional treatments is one of them, according to Åsalie Hartmanis, Director of SwedNanoTech, Sweden’s association for the Swedish nanotechnology actors.

“The existing well-functioning medicines have been there for a long time with approved technologies for targeted drugs. There could be a skepticism to start with something new, and the nanotechnology would need to be profoundly better than the traditional treatments. That’s where nanotechnology can face a larger obstacle,” she says.

Paulina Paszkiewicz states that there is a concern that nanotechnology is too complex, creating a reluctance to test a new technology, even though big pharma has been allocating more and more interest over the last years, along with a more open discussion with scientists.

Taking the material to a commercial scale is a challenge, one that costs money and requires time and the knowledge to understand what is needed. This can be a major hurdle for small companies, in particular for young research-oriented spin-outs from universities.

“The  critical points to make new technologies more available for the pharma industry are to develop nanomaterials that are safe, available on a large scale, proven in the clinic and have specific properties for the benefit of a patient population,” Paulina Paszkiewicz notes.

The potential adverse effects on health and environment has been a constant issue. Regarding the safety aspects Paulina Paszkiewicz says that there has been a huge skepticism towards nanoparticles, for example, which has however been neutralized in recent years by good bodies of research.

“Imaging tools are becoming much better, allowing for improved possibilities of understanding what is happening inside the patient after applying the medication,” Paulina Paszkiewicz explains.

Concerns regarding the safety of novel nanomaterials has decreasedin the pharmaceutical industry, but it still causes uncertainty among the general public.

“This concern has to be taken seriously and it is important to provide information and educate the public openly. It is a challenge to speak about a technology where things happen on a scale that the eye cannot see. The contribution of nanotechnology to an effective new drug on the market might not be as obvious as the role of the pharmaceutical compound itself.This is an issue that we in the life science industry should tackle together to help raise awareness,” concludes Paulina Paszkiewicz. 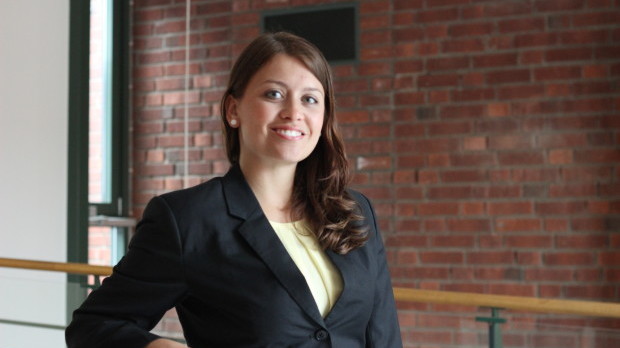 Getting an insight into industry perspectives

Liquid biopsies, sequencing and upgraded software tools are among some of the recent and ongoing trends in cancer diagnostics. Developments in the diagnostic sector have vastly improved the ability to identify cancer diseases at the early stages of tumor formation. However, several cancer types cannot be identified early enough, while…

Pharmaceuticals in the environment is a growing problem of global concern. Drugs taken by humans and animals find their way into rivers, lakes and even drinking water and can have devastating effects on both aquatic and human health. While pharmaceutical companies are stepping up their efforts to tackle the issue,…

AstraZeneca has announced a new collaboration with the World Wide Fund for Nature (WWF) Sweden. The twelve-month partnership will focus on identifying opportunities to improve the company’s approach and strategy towards water stewardship and identify initial opportunities to engage in on-the-ground water projects in the river basins where AstraZeneca operates.…