Throughout the years, Nordic Life Science has interviewed many Nobel Laureates, and among them a few Nordic ones.

Arvid Carlsson, Professor of Pharmacology at Sahlgrenska Academy, University of Gothenburg, won the Nobel Prize in Physiology or Medicine 2000 together with Paul Greengard and Eric Kandel, for their work on dopamine. Arvid Carlsson, passed away 2018, at the age of 95. 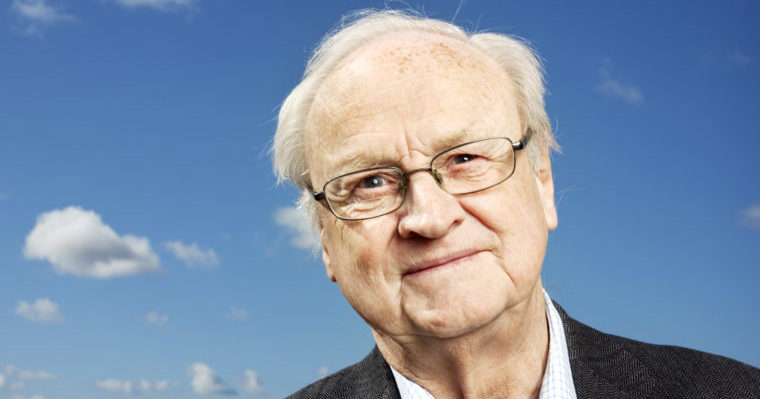 Arvid Carlsson received The Nobel Prize for his pioneering research on the signal substances of the brain. By acquiring knowledge on how substances such as dopamine and serotonin can be influenced, Carlsson and his research team were part of developing medicines that increase the mobility of patients with Parkinson’s disease and help improve the lives of those with schizophrenia. In addition, their research laid the foundation for modern medicines against anxiety and depression.

Carlsson was one of the Gothenburg researchers who set the stage for close cooperation with the pharmaceutical company Astra, later AstraZeneca – a collaboration that led to internationally renowned medicines like Seloken, Zelmid, Plendil and Losec.

Professors May-Britt and Edvard Moser won Norway’s first Nobel Prize in Medicine or Physiology, in 2014. For our magazine, Chris Tachibana interviewed them about their discovery, science and sharing a passion.

The Mosers have been faculty members at the Norwegian University of Science and Technology (NTNU) since 1996. Together, they run the Centre for Neural Computation and the Kavli Institute for Systems Neuroscience in Trondheim. They share the Nobel award with their mentor and colleague, Professor John O’Keefe from University College of London.

The honor is for work on what is being called the brain’s inner GPS, or global positioning system. This neural network provides the brain’s sense of place and internal map of the surroundings. The system tracks orientation and direction, with real-time updates for wayfinding. 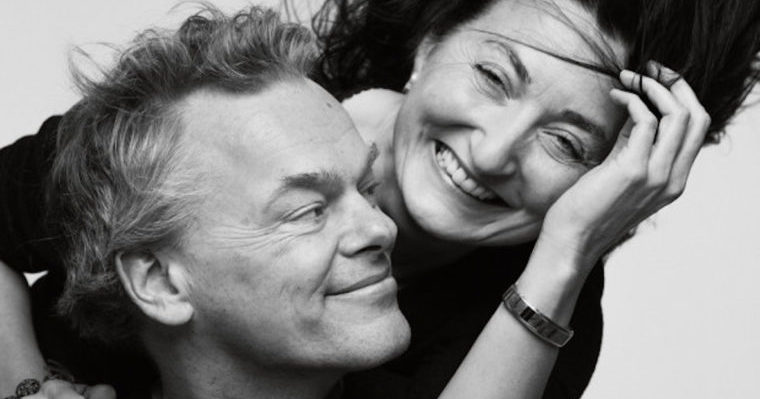 In 1971, O’Keefe and colleagues first reported “place cells” in the hippocampus. The activation pattern of these cells reflects the external environment. Work in the early 2000s by the Mosers built on this discovery, adding information about distance and direction to this cognitive mapping system.

In talking about their groundbreaking work, the Mosers graciously acknowledge coworkers, collaborators and funders.

“One of the things that is unique in Norway, is that the Research Council has a ten-year funding scheme.”

“One of the things that is unique in Norway,” says Edvard Moser, “is that the Research Council has a ten-year funding scheme. That allows us to plan for ten years of continuous science, to do long-term research, to set goals far ahead in the future and take risks.”

The 2014 Nobel award adds to the growing focus on brain research, which has seen enormous recent attention with the European Human Brain Project and the U.S. Brain Initiative. Neuroscience is trending, with opportunities for life scientists.

“We’re simply trying to understand how the brain works.”

“We’re focusing on basic research questions,” says Edvard Moser. “Once someone takes it further and applies it, for example to early Alzheimer’s disease, it will be interesting to the pharmaceutical industry, but we aren’t taking those steps. We’re simply trying to understand how the brain works.”

Read the entire interview with the Mosers here!

Tomas Lindahl received the Nobel Prize in Chemistry in 2015. He received the Prize jointly with American chemist Paul L. Modrich and Turkish chemist Aziz Sancar for mechanistic studies of DNA repair. I met him in Stockholm during the Nobel week and learned more about him and his career.

And according to Professor Lindahl successful scientists have a lot in common with successful musicians. It takes dedication and many hours of practicing. His own passion and hard work led him to a completely new research field – and a Nobel Prize.

“Great musicians do not complain when they have to practice. They feel lucky to be able to get paid doing their hobby, and they want to become as good as they possibly can.”

“I like to compare research to artistic activities. Great musicians do not complain when they have to practice. They feel lucky to be able to get paid doing their hobby, and they want to become as good as they possibly can. That is how I feel about my research,” explains Lindahl. 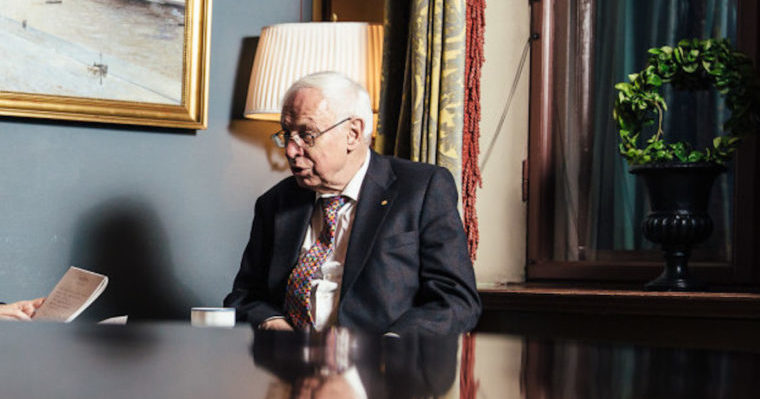 The importance of mentors

In his speech at the Nobel Banquet Lindahl also emphasized the crucial importance of early mentors and teachers. He grew up in a green suburb of Stockholm, Bromma, and was fortunate to have excellent teachers in chemistry, biology, mathematics and literature. His father was a business man and his mother was interested in languages and translations. When the family moved to central Stockholm the teachers at the new school did not like him and he did not like them, and one of them even failed Lindahl in chemistry.

“This was serious because I needed good marks to be able to enter the Karolinska Medical School in Stockholm at a later stage. Thanks to the concern and help of my parents, I was fortunately able to return to my previous school and the excellent teachers there who supported me. In particular, I had inspiring help from an outstanding chemistry teacher. Her name was Karin Brandt. Mrs. Brandt encouraged my interest in chemistry,” said Lindahl in his speech.

Lindahl entered the Karolinska Medical School in Stockholm and found himself to be more fascinated by medical chemistry and spending time in the laboratory, so he realized that he might not become a very good doctor. Again he emphasizes the importance of a good mentor. As a graduate student he was supervised by the legendary DNA chemist Einar Hammarsten. Hammarsten was the first scientist to show in his early work that DNA is a very large molecule, a macromolecule. He was also known for his temperament and his complete dedication to his research.

“Hammarsten was very fascinating and he had an enormous charm. He was completely absorbed by research,” says Lindahl.

How stable is DNA really?

At the end of the 1960s Lindahl started investigating how stable DNA really is. At this time, the general belief was that the DNA molecule was extremely resilient. Evolution requires mutations, but only a limited number per generation.

“Nature is smarter than we think.”

“We did several interesting projects together. Is the literature accurate with what we observe in the lab?” says Lindahl. “First you have to convince yourself, then others, and you build your observations on reliable experimental data, which is really exciting. Nature is smarter than we think. It is trying to tell us something, and this has a meaning.”

As a council scientist at Karolinska Institutet he was given fairly free hands to perform research and he set up a small research lab.

“I think the freedom that I was given and the time I had in the lab made it possible to make the discoveries that I made. Today young researchers have to write grant applications every week and the competition is so high. You can’t expect results directly, you have to trust the scientist and give them somewhat free hands to perform good science. Then the discoveries will follow,” says Lindahl.

Persistent and curious are key characteristics of a good scientist according to Lindahl.

“The most rewarding and fun part of being a scientist is receiving results that you did not expect, when nature tells you how important this is, and you come to conclusions by performing experiments,” he says. “I am a little worried that young researchers today spend more time in front of their computers than they spend in their laboratories. A great discovery usually comes from experiments, there are few geniuses that sit by a desk and figure out what they are going to discover. Nature is more complex than we think it is. Researchers need time to explore their field and really absorb their research. To find new and unique things you need time to handle and reflect and have a good intuition, you can’t force that.”