The 2015 Nobel Prize in Chemistry honored discoveries about DNA repair that have given us fundamental knowledge of how a living cell functions and are, for instance, used for the development of new cancer treatments. Linus Plym Forshell, PhD, MSc, at the Swedish Patent and Registration Office, provided us with some insight about what is patentable and how patent issues work with these kinds of discoveries.

In 1998 the EU parliament adopted the Biotechnology Directive with the purpose to create a unified version of what is patentable within biotechnology in Europe.

“The directive was implemented in Swedish law in 2004 and one of the most important parts of it was the patentability. Isolated biological material expressly can be patentable and lists of examples that go against public policy and good practice (the so called ethical exception) and therefore are not patentable were completed,” says Plym Forshell. “The industrial use of a gene sequence must also be clear in the patent application. Sweden also introduced a formal requirement that an application concerning an invention of a biological material must specify the geographical origin.”

The Biotechnology Directive was implemented in collaboration between the Nordic countries, including even Norway which is not part of the EU, but here there are a few differences in the implementation between the countries. “For example in how we handle potentially unethical patent applications. And like Sweden, Norway and Denmark also introduced rules about geographical origin, but the difference is that the consequences for omissions/false data could be more far-reaching in these countries.”

Overall Plym Forshell thinks that the laws about these issues are clear and when borderline cases occur he and his colleagues find support in effective practice, mostly in Sweden but also in the EPO.

Plym Forshell also tells us that the number of patent applications regarding isolated DNA sequences has fallen drastically globally since 2004-2005. Partly because more and more genomes have become sequenced, which has made it more difficult to show/exhibit novelty or inventive step. “In addition, the practice of what needs to be shown in order to fulfill the requirements of inventive step and industrial usefulness has become more stringent in both Europe and the US,” he says.

Plym Forshell says it is hard to predict if there will be more patent applications in the field of DNA repair in the future.

“It depends on if the research within this field continues on the same level and if we are able to develop good inhibitors against the repair systems. But I believe that inhibition of repair mechanisms will continue to be a part of the arsenal of treatment strategies used in the future, and we should experience at least the same level of patent applications within this field.” 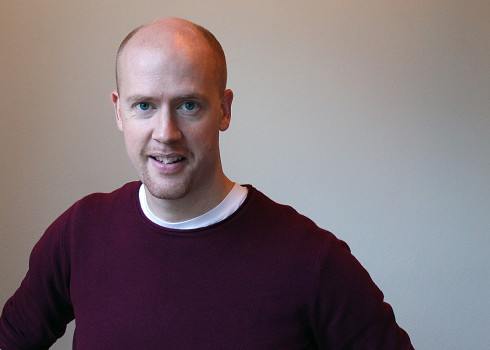 Something that is only a discovery, such as the identification of a new gene, is not patentable. But if you have studied further what the gene’s function is, if it is used as a medicinal product or diagnostic tool, then it is an invention that can be patent protected. The protection is often defined as “isolated DNA molecules with (a certain) nucleotide sequence”. In other words, the protection cannot be said to cover DNA in nature, only artificial DNA molecules or DNA that is isolated from the human body and cut down to the piece you are interested in.

The company has received the final notice from the Swedish patent Authorities (PRV) for two of its patent applications. ChemoTech is a Swedish medtech company that has developed a technology platform to offer cancer patients who cannot be treated with conventional methods access to a new treatment alternative, Dynamic-ElectroEnhanced Chemotherapy…

Sigrid Therapeutics has announced that the European Patent Office has granted the company patent titled “A porous silica material for use as a pharmaceutical or dietary active ingredient”. The patent supports use of Sigrid’s mesoporous silica particles (MSP)-based device which consists of precisely engineered micron-sized silica particles with tailored porosity…

The patent infringement lawsuit against Genmab is over

Genmab, Janssen and MorphoSys have agreed to end the patent infringement lawsuit launched by MorphoSys AG relating to DARZALEX. On January 25, 2019, the U.S. District Court of the District of Delaware ruled that all three patents that MorphoSys had asserted against Genmab and Janssen Biotech, Inc. (Janssen) are invalid.…