Systemic lupus erythematous (SLE) is a complex and hard-to-treat autoimmune disease with a high unmet medical need. It is the most common and most serious type of lupus, and is caused by the immune system attacking its own tissues. This leads to widespread inflammation and tissue damage in the affected organs, which could be joints, skin, brain, lungs, kidney, and blood vessels. This can lead to worsened function and sometimes even organ failure and death.

The disease is highly heterogenous, with many different varied symptoms that are difficult to both diagnose and treat, and today there are currently no safe and effective therapies available for the most severe patients.

“Pathways involved in lupus cause many biological downstream effects on many different immune cell types and many different tissues. So therapies that only target B-cells, or T-cells or that only target IFN-alpha, can have some effect in some patients but not great efficacy across patient populations. Furthermore it is difficult to identify which patients could benefit from each treatment,” explains Tara Heitner, CEO of Danish spin-out ISD Immunotech. 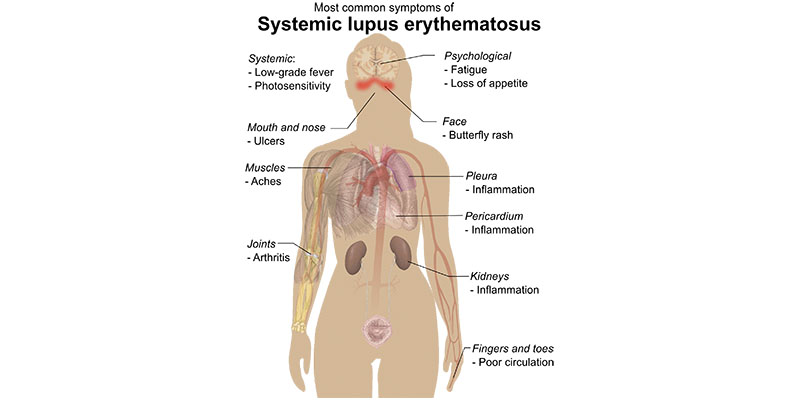 In order to find better treatments for this patient population, Tara Heitner and her colleagues are working to develop the first personalized therapy for the disease. The company is built upon discoveries made at Aarhus University, initially as part of a research program on influenza virus and vaccines.

“We have adapted from nature a strategy for controlling a key pathway in autoimmune disease, the STING pathway, which has been shown to be hyperactivated in severe lupus patients,” says Heitner. “Viruses have evolved over millions of years to gain the capability to infect human cells and suppress the immune system to gain a survival advantage. Our lead candidate, ISD017, is a peptide derived from an influenza virus peptide that is used by the virus to get into cells and inhibit the STING pathway, which helps it to stay “hidden” from the immune system.”

“Today severe SLE patients are given cocktails of immunosuppressants and glucocorticoids, which have serious side effects, some of which are worse than the disease. So the market is wide open for severe lupus.”

Clinical data has shown that the hyperactivation of the STING pathway correlates with the disease severity. “For this reason we are working on biomarker assays to help identify patients with STING pathway hyperactivation. Laboratory and animal data shows that ISD017 binds directly to STING and suppresses all downstream biological activity. It also shows that ISD017 prevents the development of lupus in several independent mouse models of lupus where full protection from kidney damage among other benefits has been demonstrated. Furthermore, ISD017 has been shown to block IFN signaling and reduce IFN gene signatures in severe lupus patient blood samples. This supports the likelihood that the treatment will also work in humans,” says Heitner.

Today severe SLE patients are given cocktails of immunosuppressants and glucocorticoids, which have serious side effects, some of which are worse than the disease, she describes. “So the market is wide open for severe lupus treatments. Furthermore, several pharmaceutical companies are interested in pursuing drug development in lupus and we have had several discussions. Currently we are in a strategic research collaboration with a company also in the lupus space.”

A start-up expert and business strategist

Tara Heitner was not unfamiliar with the Nordic life science start-up community when she joined ISD Immunotech as CEO in 2018. She has more than 20 years of experience from R&D, management and board positions in this field. Today she divides her time between being CEO of ISD and CEO of the Malmö-based clinical-stage biotech company Cyxone. In 2014 she founded her own consultancy company, focusing on strategic, financing and business development advice for small biotech companies and start-ups where she has facilitated several pharma collaborations and partnerships. She is also the co-founder of a number of start-ups spun out from universities. 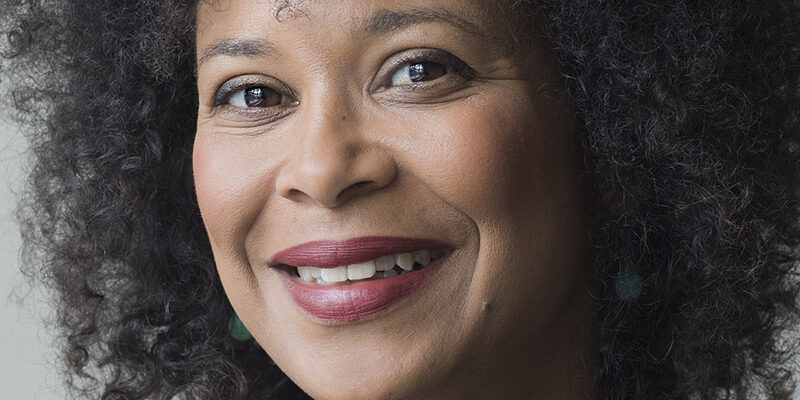 What attracted her to ISD was foremost, the “very compelling science and large unmet need in lupus,” she says. “Furthermore, the high professional level of the team itself and the extensive industry experience in successfully establishing and exiting biotech companies was a big attraction. The team is also supported by world class academic researchers who are very passionate about this work and its potential for patients. Without their ingenuity ISD would not exist.”

ISD Immunotech recently secured Novo Seeds as its lead investor. This has been a great support, Heitner says. “It gives the company heightened credibility in Europe and in the rest of the world to have Novo Seeds on board and to have their input in our company strategy.”

“We are on track to enter the clinic in 2023 with the only dual STING-antagonist. We are also considering to develop ISD017 for indications outside lupus, as the STING pathway hyperactivation is relevant in several underserved autoimmune patient populations.”

Once funding is secured through a VC or pharma partnership, Heitner and her colleagues plan to conduct Investigational New Drug (IND) enabling studies and develop the asset into the clinic where they will out-license after patient proof-of-target engagement or patient proof-of-concept to a strategic partner.

“We are on track to enter the clinic in 2023 with the only dual STING-antagonist. We are also considering to develop ISD017 for indications outside lupus, as the STING pathway hyperactivation is relevant in several underserved autoimmune patient populations.”

A hot spot for biotech start-ups

Tara Heitner says that Denmark provides a rich cluster of entrepreneurial activity in the biotech area and especially Copenhagen is a hot spot for biotech startups, with Aarhus developing as a close second.

“There are some great incubators and science parks, such as COBIS and Symbion in Copenhagen, which foster a good networking environment. Here it has been easy to find companies to collaborate with, legal support, patent support, R&D support and more.”

“We have adapted to virtual drug development quite easily, as we had been working virtually quite a lot before with half the team in Aarhus and the other half in Copenhagen.”

Just as for other life science companies, the pandemic has caused delays in development. But despite the delays Heitner says ISD is so far on schedule with its activities. “We have adapted to virtual drug development quite easily, as we had been working virtually quite a lot before with half the team in Aarhus and the other half in Copenhagen. Our partners, collaborators and CROs are also abroad.”

However she says that she misses meeting face-to-face with the team and the company’s collaborators. “There will be a big celebration once we can all be together again, which is long overdue.”

Danish researchers are joining a major research project to develop new brain-scanning technology launched last year by US President Barack Obama. The project budget exceeds 100 million US dollars and the Danish scientists will get access to 1.5 million dollars and work alongside US scientists. Researchers are striving to create…

High-tech company Fuji Machine has chosen to set up a new testing facility in Denmark. Fuji Machine has entered into a large cooperative agreement with Odense Municipality which initially includes testing of their robotic technologies within the region’s healthcare sector. The nursing staff and patients at Odense University Hospital (OUH)…

Industry-leaders get where they are by capitalizing on their strengths, whether that is an educated workforce, innovative thinkers, strong public-private partnerships or efficient government. With all these assets plus more, it is no surprise that Denmark has emerged as a world leader in the life sciences and health care. Thanks…