Pharmaceuticals in the environment is a growing problem of global concern. Drugs taken by humans and animals find their way into rivers, lakes and even drinking water and can have devastating effects on both aquatic and human health.

While pharmaceutical companies are stepping up their efforts to tackle the issue, watchdog organizations, the UN, the European Commission and others are demanding that the industry take swifter action and to make those efforts transparent.

Many studies have shown the negative consequences of pharmaceuticals in the environment.

A 2014 report by UK Water Industry Research found that in most of 160 sewage treatment works studied, several common drugs were present in the final effluent in concentrations high enough to potentially affect ecosystems. With current trends, the amount of pharmaceutical effluence leaching into waterways could increase by two-thirds before mid-century, according to a 2018 study by the Delft Institute for Water Education in the Netherlands.

“With current trends, the amount of pharmaceutical effluence leaching into waterways could increase by two-thirds before mid-century.”

A particular concern is antimicrobial resistance (AMR), linked to discharge of antibiotics and other chemicals into the environment. While antibiotics play a crucial role in medical treatment, AMR has been declared a “major threat to public health” by the World Health Organization and predicted to cost 10 million lives a year by 2050. AMR occurs when a microorganism evolves to resist the effects of an antimicrobial agent, sometimes referred to as “superbugs”. 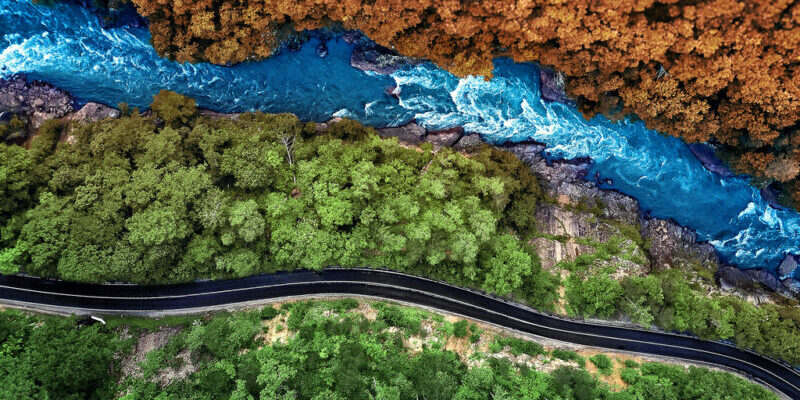 In countries where regulations and wastewater treatment infrastructure are lacking, waste from pharmaceutical production can create “hot spots” of pollution.  Pollution levels are likely to be substantially higher in much of Latin America, Africa and Asia where – on average – less than a quarter of waste water is treated, according to the Delft Institute study.

Sometimes human health is at risk. According to the Bureau of Investigative Journalism, a group of scientists based at the University of Leipzig worked with German journalists to take an in-depth look at pharmaceutical pollution in Hyderabad, where 50% of India’s drug exports are produced. They found “unprecedented antimicrobial drug contamination” of surrounding water sources.

“Even in developed countries, wastewater treatment plants are unable to filter out chemical compounds used to manufacture personal care products and drugs, so these chemicals seep into freshwater systems and into the oceans.”

Even in developed countries, wastewater treatment plants are unable to filter out chemical compounds used to manufacture personal care products and drugs, so these chemicals seep into freshwater systems and into the oceans. A 2017 UNESCO study found that only nine out of 118 assessed pharmaceuticals were removed from wastewater during municipal wastewater treatment processes with an efficiency of over 95%, and nearly half of the compounds were removed only partially with an efficiency of less than 50%.

There are three main ways that pharmaceuticals enter the environment. By far the largest contribution is from patient use, where they can pass through our bodies and into waterways. The second is the improper disposal of drugs such as throwing leftover drugs in the sink or down the toilet. The third is from pharmaceutical waste from manufacturing facilities.

Global authorities like the Food and Drug Administration and the European Medicines Agency strictly regulate drug supply chains in terms of drug safety – but environmental standards are not addressed in their rules. Drug producers must adhere to Good Manufacturing Practices (GMP) guidelines – but those guidelines do not cover pollution.

“A 2018 study by the U.S. Geological Survey found that drug manufacturing facilities are an important source of environmental pollution.”

In the absence of regulatory standards, pharmaceutical companies are being called on to do more to prevent AMR and other pharmaceutical waste from entering the environment and to take more responsibility for their products over their life cycle. A 2018 study by the U.S. Geological Survey found that drug manufacturing facilities are an important source of environmental pollution.

In its 2018 Antimicrobial Resistance Benchmark, the independent non-profit Access to Medicine Foundation compared for the first time how pharmaceutical companies are bringing AMR under control. It evaluated 30 companies, including those with the largest R&D divisions, the largest market presence, and specific expertise in developing critically needed medicines and vaccines. In 2018, GSK and Johnson & Johnson led among the large research-based pharmaceutical companies, while Mylan led the generic medicine manufacturers and Entasis led in the biotechnology group.

But while good practice has been noted, including that nearly half of companies with products on the market are involved in AMR surveillance, there is plenty of room for improvement, noted Gabrielle Breugelmans, Director of Research at the Access to Medicine Foundation.

“We’re looking forward to more transparency from the industry. More clarity from regulators would also be welcomed.”

“Companies should do more in terms of their disclosure of their environmental risk strategy and be more open about the limits they set for their antibiotic waste, and report on the amount of antibiotic containing waste released into the environment,” Breugelmans says. “We’re looking forward to more transparency from the industry. More clarity from regulators would also be welcomed.”

According to Jason Snape, principal environmental scientist at AstraZeneca, “pharmaceuticals are increasingly being detected in the environment, but generally in very, very low amounts. These include highly potent drugs such as the synthetic estrogen used in contraceptives. Higher concentrations [of drugs] can also occur where there is a high population density, inadequate sewage treatment systems, and low dilution in rivers.”

According to AstraZeneca, 88% of pharmaceuticals in the environment can be attributed to patient use and excretion of drugs; 10% from unused medicines that people don’t dispose of properly, and 2% attributed to waste from production.

Nonetheless, he says, AstraZeneca recognizes that even in such low concentrations the risks associated with pharmaceuticals in the environment should be determined, minimized and managed. AstraZeneca has developed a system of ‘ecopharmacovigilance’, in which it tracks new data on the environmental effects of its drugs so it can keep risk assessments up to date.

“If the waste is not managed effectively it can cause higher than normal concentrations of API (active pharmaceutical ingredients) around manufacturing facilities.”

The waste from pharmaceutical production can be dealt with directly by AstraZeneca, he noted. This is important, he says, because if the waste is not managed effectively it can cause higher than normal concentrations of API (active pharmaceutical ingredients) around manufacturing facilities.

“One of our aims is to avoid waste from the outset, and recycle and reuse materials where possible if we do generate waste, that we ensure it is responsibly managed , and that any APIs released are at safe levels according to our environmental risk assessments,” Snape says.

For the approximately 50 drugs AstraZeneca has in production, Snape says the company expects (and achieves) 100% compliance for safe discharge of APIs at its own manufacturing sites and greater than 90% for its suppliers, recognizing, he adds, that new suppliers who come on board may need time to get up to speed with our processes and expectations. In 2018, suppliers reached 93% compliance. These figures, he said, are externally verified before they are published in the company’s sustainability report.

When it comes to addressing the waste from patient use or improper disposal, AstraZeneca undertakes campaigns to raise awareness about the issue of pharmaceuticals in the environment and is involved in product take-back schemes. 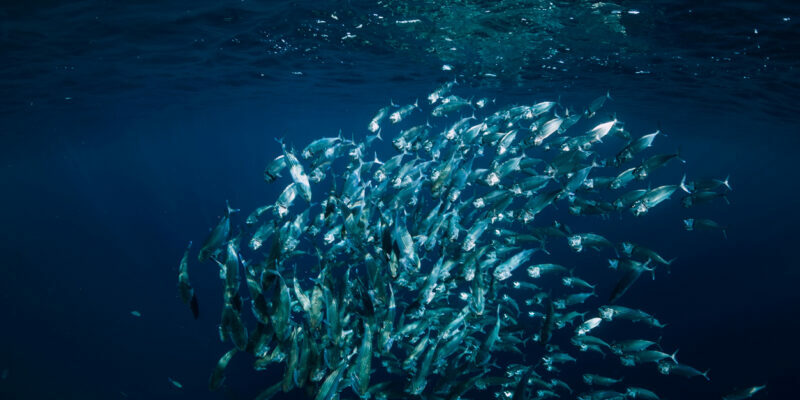 Even low concentrations of pharmaceuticals can affect the aquatic environment, for example estrogen may inhibit the reproduction of fish, and psychotropics can alter their behavior so that they become more voracious, braver and less social.

The circular economy is at the heart of Novo Nordisk’s approach to pharmaceutical waste. Novo Nordisk is a global healthcare company headquarted in Denmark, and a leader in diabetes care. The company’s new environmental strategy, Circular for Zero, sets a new direction for the organization as it transitions from a linear economy of “take-make-dispose” to a circular economy based on three principles: Design out waste and pollution, keep products and materials in use, and regenerate natural systems. The company’s ambition is to have zero environmental impact and to reach a point where it is producing zero landfill, water, energy and material waste. Today 77% of Novo Nordisk’s power comes from renewable sources and it expects to reach 100% by 2020.

“We convert the yeast into biogas so that all our waste from the fermentation process goes into our biogas plant and is converted into biogas.”

For Novo Nordisk’s production of biological medicines, “yeast by far represents the largest amount of waste, and for this we have a very good setup,” says Dorethe Nielsen, Senior Director of Corporate Environmental Strategy at Novo Nordisk. “We convert the yeast into biogas so that all our waste from the fermentation process goes into our biogas plant and is converted into biogas. Anything left after being converted to biogas is used as fertilizer on farmland as there are a lot of nutrients left. Our process is a closed loop, you could say.”

In 2018, 94% of the total waste from Novo Nordisk’s manufacturing was recycled, used for biogas production or incinerated at plants where the energy is used for heat and power production. Just 1% ended up in landfill.

Novo Nordisk’s biogas plant is located near its insulin plant in Kalundborg, Denmark. It is one of many initiatives in the Kalundborg Industrial Symbiosis, a partnership between nine public and private companies in Kalundborg, where the residual product of one enterprise is used as a resource by another enterprise.

“We also focus on recycling,” Nielsen says. “We use a lot of ethanol in our production, so we make sure to reuse it many, many times. We have a regeneration plant for ethanol at our manufacturing facility. “

Some pharmaceutical companies are looking at green chemistry solutions which use resources efficiently, eliminate use of inherently toxic ingredients and chemical combinations, eliminate waste and hazardous by-products, and minimize use of energy throughout a product’s entire life cycle.

Several companies have invested in a project under the EU’s Innovative Medicines Initiative to develop tools to screen environmental properties earlier in drug development. The increasing importance of biologic drugs, which break down more readily, will also help.

“It will be a long time before the problem of pharmaceuticals in the environment can be considered under control.”

But given the complexity of the challenge, the constant stream of new drugs on the market and the growing demand for pharmaceuticals, it will be a long time before the problem of pharmaceuticals in the environment can be considered under control. 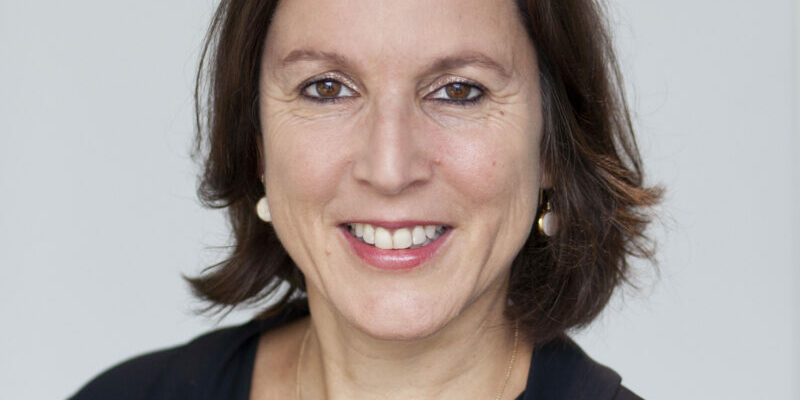 The Nobel Assembly at Karolinska Institutet has today decided to award the 2021 Nobel Prize in Physiology or Medicine jointly to David Julius and Ardem Patapoutian for their discoveries of receptors for temperature and touch. David Julius utilized capsaicin, a pungent compound from chili peppers that induces a burning sensation,…

Eugen Steiner has worked in venture capital for 23 years but his roots as a medical doctor still influence the way he nurtures start-ups as a venture partner.…

ALS Limited has acquired DB Lab A/S on the 24th of May 2022. The GMP contract laboratory DB Lab, to be known as ALS Odense, will be a part of ALS’s Nordic pharmaceutical laboratories, together with its three GMP-compliant laboratories in Sweden (Luleå, Sollentuna, and Landskrona). “DB Lab, to be…