Olympus has announced the winners of its first Global Image of the Year Life Science Light Microscopy Award, a competition that recognizes the best in life science imaging worldwide.

Ainara Pintor from Spain was selected as the global winner for her vibrant image of an immunostained mouse brain slice with two fluorophores. She named her winning image “Neurogarden” because it reflects the brain’s complexity. 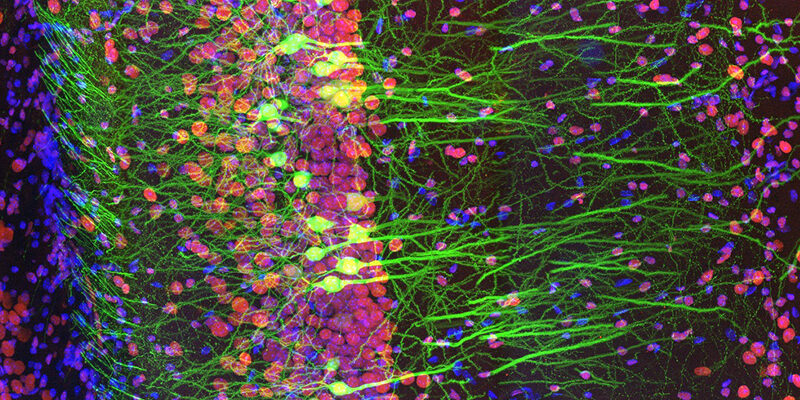 “There are over 70 million neurons in a mouse brain,” Pintor explained. “This is an example of what we can observe in the hippocampus of a single brain slice, in this case, taken from Thy1 transgenic mice. It’s a fantastic feeling that this image will cross borders and be seen all over the world!”

For the grand prize, Pintor will choose an Olympus CX43 microscope with a DP27 digital camera or Olympus’ newly launched X Line objectives.

In addition to the global award, three regional prizes were awarded to Howard Vindin (Australia) for Asia, Tagide deCarvalho (United States) for the Americas, and Alan Prescott (UK) for EMEA. Each regional winner will receive an Olympus OM-D E-M5 Mark II digital camera. 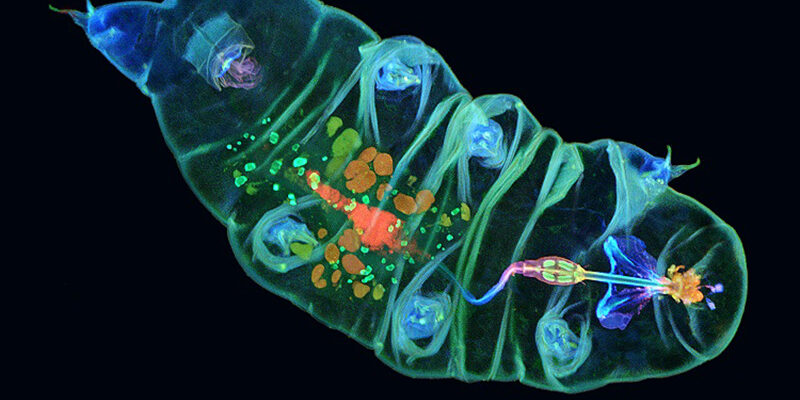 Regional winner – America: This image was taken by Tagide deCarvalho (U.S.A.).The beautiful fluorescence image shows the inside of a tardigrade with colorful details. 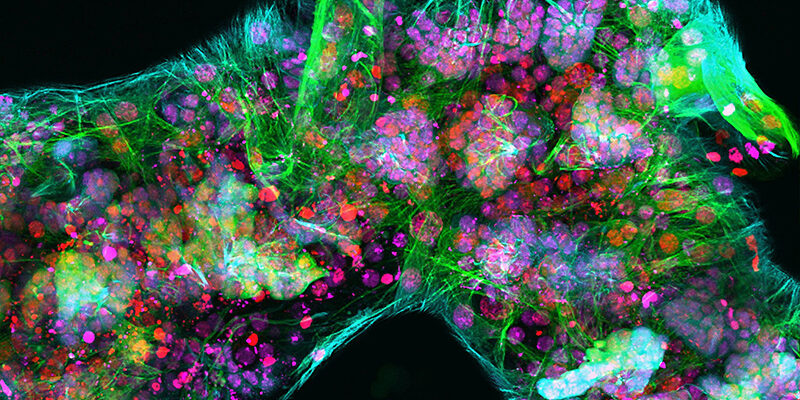 Honorable mention: Nuclei (red) and microtubules (green) highlight the neurons of the brain. Taken by Martin Hailstone from the UK.

The contest launched on August 1, 2019 with a call for users to submit their life science microscopy images through January 31, 2020. Olympus received over 400 submissions from 65 countries.

“I’m so impressed by the amazing response to our first Global Image of the Year Award,” said Nakamura. “The creative image submissions embody our contest’s mission of celebrating art in science. We hope this competition continues to inspire people to find beauty in an unexpected place—right under their microscope,” said Satoshi Nakamura, Vice President, Scientific Solutions Global Marketing, Olympus Corporation.

About the Image of the Year (IOTY) Award

Olympus’ IOTY Award began in 2017 as the Image of the Year European Life Science Light Microscopy Award with the aim to celebrate both the artistic and scientific value of microscopy images.

Kiran Mazumdar-Shaw is the EY World Entrepreneur of the Year

Dr Kiran Mazumdar-Shaw from India is the winner of the 2020 EY World Entrepreneur Of The Year. Kiran Mazumdar-Shaw is the founder of Asia’s largest biotech company, Biocon, and she is a role model for female entrepreneurs around the world. She was picked from among 46 award winners from 41…

The winners of the Lasker Awards 2021

Initial analysis from an international clinical trial has indicated that the investigational drugs didn’t slow memory loss, cognitive decline in rare, inherited Alzheimer’s. The clinical trial evaluating whether two investigational drugs can slow memory loss and cognitive decline in people in the early stages of a rare, inherited form of…