Ardem Patapoutian searched for answers to a fundamental question, which led to complex discoveries and a whole new exciting field.

Ardem Patapoutian shared the Nobel Prize in Physiology or Medicine 2021 with David Julius for their discoveries of receptors for temperature and touch. These discoveries have led to a better understanding of how the nervous system senses heat, cold and mechanical stimuli.

“The Nobel Prize is wonderful recognition of these discoveries. I have followed Ardem’s career closely since he first came to Scripps Research and can say that he is an extraordinary scientist, mentor, colleague and a wonderful person,” said Peter Schultz, President and CEO of Scripps Research after the announcement.

Born in Beirut during the civil war

Ardem Patapoutian was born in 1967, in Beirut, Lebanon, and he grew up during Lebanon’s civil war (1975-1990). He started his scientific education at the American University of Beirut, where he studied chemistry. After only a year of studies, however, the war conditions made the family move to Los Angeles, USA, in 1986.

He continued his education in the U.S. and received his Bachelor of Science in Molecular, Cellular and Development Biology from the University of California, Los Angeles, in 1990. Six years later he obtained his Ph.D. in Biology from the California Institute of Technology. He also performed post-doctoral research at the University of California in San Francisco. In 2000 he became Assistant Professor at Scripps Research, and during 2002-2005 he was also Head of Neuroscience at the Genomics Institute of the Novartis Research Foundation. He continued at Scripps, first as Associate Professor and then as Professor. 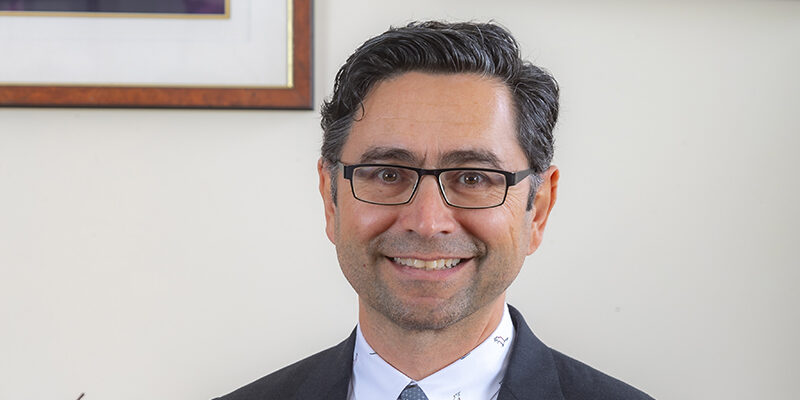 He set up his first independent lab at Scripps Research, and he is currently a professor in the Dorris Neuroscience Center at Scripps Research in La Jolla, CA, as well as a Howard Hughes Medical Institute investigator. He oversees a thriving neuroscience laboratory of researchers and graduate students.

“These prizes are often given to one or two people, but I want to emphasize that there is a whole field of people working in this area.”

“These prizes are often given to one or two people, but I want to emphasize that there is a whole field of people working in this area,” he said in an interview with Scripps Research. “Specifically in my lab, there’s a big group of young, enthusiastic, smart scientists, graduate students and post docs who actually do the work. I share this with all of them, of course.”

In the Scripps Research interview, Patapoutian says that he started out to investigate a fundamental question, how pressure and touch are perceived. These simple questions led to very complex discoveries, which continue today.

“Mechanosensation is how cells talk to each other by force,” Patapoutian said. “We didn’t know the importance of pressure sensors to the body until we first found them. Blood pressure – hypertension is affected, as well as bladder fullness. We talk about a key that unlocks a door that opens to a room. These receptors are the key to the door of understanding biology and disease.” 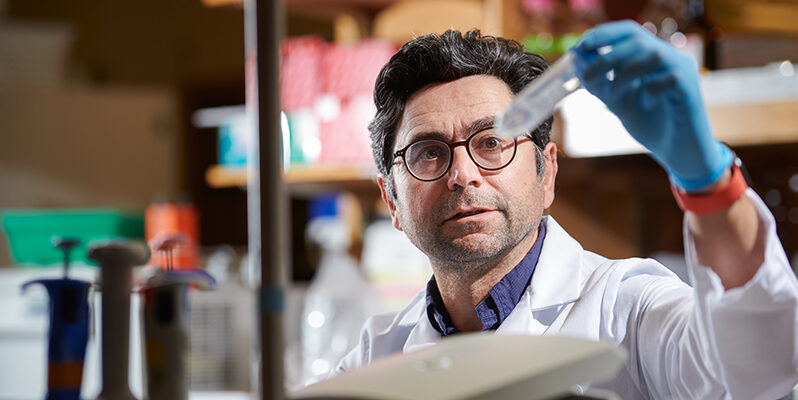 Bernard L. Feringa is pioneer in the field of molecular engines and he strives to inspire his students, stimulate their creativity and help them appreciate the beauty of nature. When Nobel Laureate in chemistry Dr. Bernard L. (Ben) Feringa’s colleagues at the Netherlands’ University of Groningen heard the news of…

In 1969 Professor Youyou Tu was recruited to a secret medical research project, it would change hers and millions of other people’s lives forever. Professor Youyou Tu from China shared last year’s Nobel Prize (1/2) in Physiology or Medicine for her discoveries concerning a novel therapy against Malaria. Now 85…

An academic and an entrepreneur, Dr. Sara Mangsbo, PhD, has found a way to integrate her skills and interests so that they complement and augment her passions. The Chief Innovation Officer at Ultimovacs, an Oslo based cancer vaccine company with an office in Uppsala, Mangsbo is also an Associate Senior…

Japanese Professor Satoshi Ōmura is widely recognized for his discovery, development, biosynthesis and manipulation of useful chemicals derived from naturally-occurring microorganisms. It is also for this valuable work – described by him as “a splendid gift from earth” – that he was awarded a Nobel Prize in Physiology or Medicine…