He gets the prize for developing novel microscopy techniques and methods to improve the ability to obtain information from biological specimens.

Thomas Deerinck is a research scientist, technical specialist and bio-artist at the National Center for Microscopy and Imaging Reseach (NCMIR) and the Center for Research on Biological Systems at the University of California, San Diego. Over the past four decades he has developed novel techniques and methods to improve our ability to obtain information from biological specimens using many types of microscopes.

According to the jury, he has made many important contributions to the field of bioimaging, including key work on developing chemical, molecular and genetic tagging methods for studying cells and tissues by both light and electron microscopy.

Deerincks latest work is focused on improving serial block-face scanning electron microscopy; a method that is revolutionizing automated 3D imaging of cells and tissues at nanometer-scale resolution. He not only developed the now gold-standard protocol for preparing samples for this imaging technique, but also just recently co-developed a method to greatly extend the resolution and usefulness of this approach in the field of biomedical research.

He is married to the artist Karla Renshaw, who taught him to bring an artistic eye common to nature photography to scientific imaging with microscopes. The resulting images of even common everyday objects are turned from the invisible into beautiful works of art, and have appeared not only on the cover of numerous top tier scientific journals, but also in many non-scientific magazines, periodicals, documentaries as well as public art exhibitions, reports the jury in their press release.

“Deerinck is a microscopist from San Diego who works tirelessly in Lennart Nilsson’s spirit with development of techniques and methods that make the invisible visible. He has given a long series of important contributions to the development of new methods in both light and electron microscopy. His images have often been decisive steps in pioneering research projects, and at the same time he has captured the beauty of the scientific content and turned it into works of art. 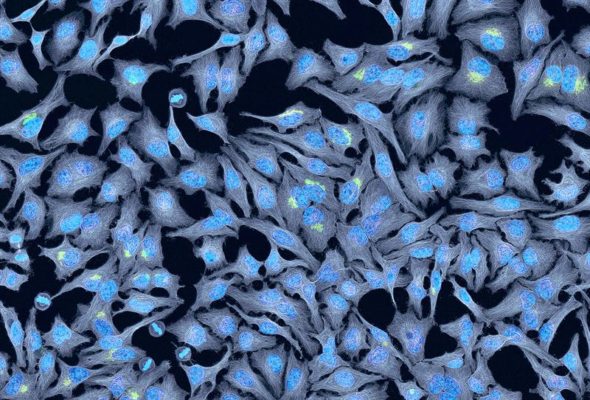 She receives the FEBS | EMBO Women in Science Award

The Fridtjof Nansen prize for excellent research in science and medicine 2014 is awarded to Kirsten Sandvig.…