The Nobel week has begun!

It is once again time to honor extraordinary scientific discoveries. And this year, three of the Prizes have important life science applications, including cancer immunotherapy, eye operations and the production of new pharmaceuticals.

The first Nobel Prize to be announced this year was the Physiology or Medicine Prize and the two winners were James P Allison and Tasuku Honjo, “for their discovery of cancer therapy by inhibition of negative immune regulation.”

James P. Allison studied a known protein that functions as a brake on the immune system. He realized the potential of releasing the brake and thereby unleashing our immune cells to attack tumors. He then developed this concept into a brand new approach for treating patients. In parallel, Tasuku Honjo discovered a protein on immune cells and, after careful exploration of its function, eventually revealed that it also operates as a brake, but with a different mechanism of action. Therapies based on his discovery proved to be strikingly effective in the fight against cancer. 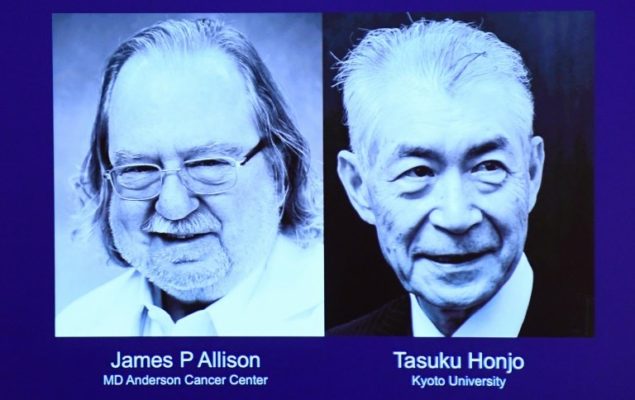 About the Physiology or Medicine Laureates

The Royal Swedish Academy of Sciences then announced that they had decided to award the Nobel Prize in Physics 2018 “for groundbreaking inventions in the field of laser physics”, with one half to Arthur Ashkin “for the optical tweezers and their application to biological systems” and the other half jointly to Gérard Mourou and Donna Strickland “for their method of generating high-intensity, ultra-short optical pulses”.

Capture living bacteria without harming them

Arthur Ashkin invented optical tweezers that grab particles, atoms, viruses and other living cells with their laser beam fingers. This new tool allowed him to – using the radiation pressure of light – to move physical objects. He succeeded in getting laser light to push small particles towards the centre of the beam and to hold them there. A major breakthrough came in 1987, when Ashkin used the tweezers to capture living bacteria without harming them. He began studying biological systems and optical tweezers are now widely used to investigate the machinery of life.

Gérard Mourou and Donna Strickland paved the way towards the shortest and most intense laser pulses ever created by mankind. Their revolutionary article was published in 1985. They succeeded in creating ultrashort high-intensity laser pulses without destroying the amplifying material. First they stretched the laser pulses in time to reduce their peak power, then amplified them, and finally compressed them. If a pulse is compressed in time and becomes shorter, then more light is packed together in the same tiny space – the intensity of the pulse increases dramatically. Strickland and Mourou’s newly invented technique, called chirped pulse amplification, CPA, soon became standard for subsequent high-intensity lasers. Its uses include the millions of corrective eye surgeries that are conducted every year using the sharpest of laser beams. 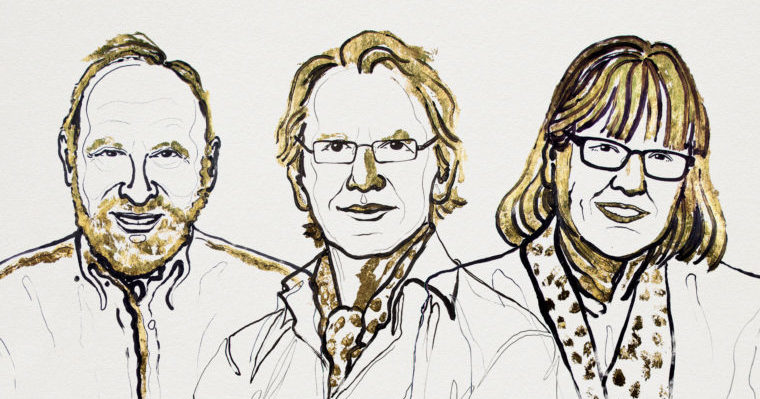 About the Physics Laureates

Evolution of enzymes and phage display

The Royal Swedish Academy of Sciences decided to award the Chemistry Prize to Frances H. Arnold “for the directed evolution of enzymes” (1/2) and to George P. Smith  and Sir Gregory P. Winter (1/2) “for the phage display of peptides and antibodies”.

The 2018 Nobel Laureates in Chemistry have taken control of evolution and used it for purposes that bring the greatest benefit to humankind. Enzymes produced through directed evolution are used to manufacture everything from biofuels to pharmaceuticals. Antibodies evolved using a method called phage display can combat autoimmune diseases and in some cases cure metastatic cancer. Since the first seeds of life arose around 3.7 billion years ago, almost every crevice on Earth has filled with different organisms. Life has spread to hot springs, deep oceans and dry deserts, all because evolution has solved a number of chemical problems. Life’s chemical tools – proteins – have been optimized, changed and renewed, creating incredible diversity. This year’s Nobel Laureates in Chemistry have been inspired by the power of evolution and used the same principles – genetic change and selection – to develop proteins that solve mankind’s chemical problems.

In 1993, Arnold conducted the first directed evolution of enzymes, which are proteins that catalyse chemical reactions. Since then, she has refined the methods that are now routinely used to develop new catalysts. The uses of Frances Arnold’s enzymes include more environmentally friendly manufacturing of chemical substances, such as pharmaceuticals, and the production of renewable fuels for a greener transport sector.

In 1985, George Smith developed an elegant method known as phage display, where a bacteriophage – a virus that infects bacteria – can be used to evolve new proteins. Gregory Winter used phage display for the directed evolution of antibodies, with the aim of producing new pharmaceuticals. The first one based on this method, adalimumab, was approved in 2002 and is used for rheumatoid arthritis, psoriasis and inflammatory bowel diseases. Since then, phage display has produced antibodies that can neutralize toxins, counteract autoimmune diseases and cure metastatic cancer. 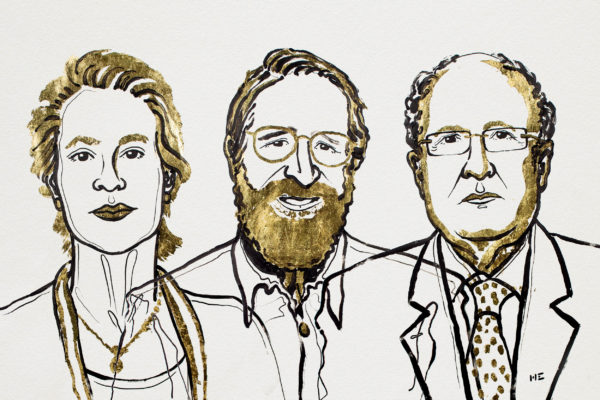 About the Chemistry Laureates

Researchers at Karolinska Institutet, Umeå University, and the University of Bonn have identified a new group of molecules that have an antibacterial effect against many antibiotic-resistant bacteria. Since the properties of the molecules can easily be altered chemically, the hope is to develop new, effective antibiotics with few side effects.…

Novo Nordisk and Oxford University team up to further enhance diabetes research and help the new generation of research leaders. The two have established an international fellowship program with the aim to support the development and career of young, exceptional research talent within diabetes. The new partnership will establish postdoctoral…

Lipid biomarkers in urine can determine the type of asthma

In a new study, researchers at Karolinska Institutet have used a urine test to identify and verify a patient’s type of asthma. The study, which has been published in the American Journal of Respiratory and Critical Care Medicine, lays the foundation for a more personalized diagnosis and may result in…