Eugen Steiner has worked in venture capital for 23 years but his roots as a medical doctor still influence the way he nurtures start-ups as a venture partner.

“My role as a venture partner [at HealthCap – a family of venture capital funds investing globally in life sciences] is like a company doctor. I deliver companies and help them grow until they can stand on their own feet,” Steiner says.

“People think of venture capital as a source of money. But it is so much more than that. It’s like a marriage. You’re an outspoken partner. There will be friction in the relationship, but you have to be able to sit down together and discuss the issues that come up. The company is like a baby. There will be problems along the way raising it, but you work it out.”

Not the career he imagined

“I never thought about doing anything other than medicine,” Steiner says, as he sits in the well-appointed, handsome conference room at HealthCap’s headquarters in Stockholm, a far cry from the hustle and bustle of a hospital.

Then, one day, an unexpected opportunity came his way.

“It was basically a door that opened. In academia it would take ten or more years to have your own lab, but here I was being invited to do just that.”

“I was invited to be CEO of a clinical lab company called Calab. They had invented the first large-scale laboratory robots and were pioneers in building automated computerized analytical machines. They were keen that a doctor and researcher should be in the lead. The offer came out of the blue really. It was not something I was looking to do. I was happy with my career, after my PhD.”

The offer, he reflects, is not one he could refuse. “It was basically a door that opened. In academia it would take ten or more years to have your own lab, but here I was being invited to do just that,” Steiner says. “And it was there that I learned about running a business.” 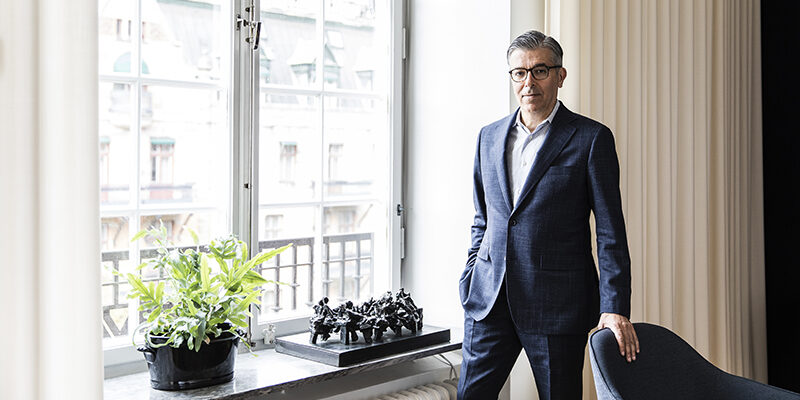 Joining the pioneers at HealthCap

When he left his position at Calab in 1996 after the company was sold to the healthcare company Capio, Steiner says, “I started to look around for something else to do.”

At the time HealthCap had just been started by Björn Odlander and Peder Fredrikson. “They were sitting on boxes with borrowed furniture,” Steiner recalls when he met with them. “They started something unique in Sweden: venture capital in life sciences. A lot of large pharmaceutical companies like AstraZeneca [formerly Astra AB] and Pharmacia had been investing in medical research but at the time there was no venture capital.”

Steiner was intrigued and agreed to come on board. Today HealthCap is one of the largest life sciences venture capital firms in Europe. It has invested in 113 companies, with 22 approved drugs, $40 billion in accumulated sales, 50 medical technology products, and over 2 million treated patients. Some 50 to 70 clinical trials are usually ongoing at any time with its portfolio companies, Steiner says. There have been over 66 exits.

His preference, he says, is working with start-ups. “I have worked with a dozen companies. Some are public companies today, others unfortunately failed, while still others were acquired.”

“It’s about recruiting the right people as well as raising money and building the infrastructure of the company.”

The journey, he explains, is always interesting, even when a promising idea or company doesn’t pan out in the end. “We focus on the companies, to reach breakthrough rather than finances. It’s about recruiting the right people as well as raising money and building the infrastructure of the company. We not only invest money, we invest a lot of our time and our soul into the companies we work with.” 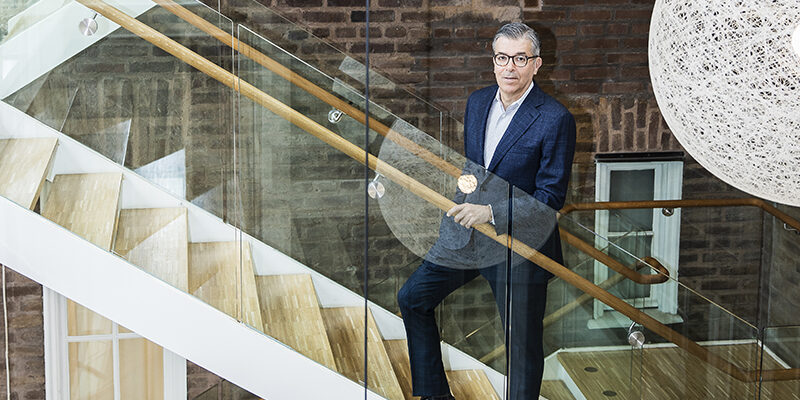 “People think of venture capital as a source of money. But it is so much more than that. It is like a marriage. You are an outspoken partner. There will be friction in the relationship, but you have to be able to sit down together and discuss the issues that come up” – Eugen Steiner

Venturing into US territory

Like an ambitious child, these companies often yearn to spread their wings far from home. For many, that means becoming a successful life sciences company in the US. It is the biggest pharmaceutical market in the world, valued at around $446 billion in 2018, and representing over 45 percent of the global pharmaceutical market.

Steiner agrees it is important for a Swedish company to have a physical presence in the US. “Once you start large clinical trials it is good to have a location in the US,” he says.

“Swedish companies are known to have very good quality and a high valuation.”

To help their portfolio companies get a foothold in the US, HealthCap often co-invests with companies in the US.

He notes that the investment landscape in the US moves much more quickly and it is most likely the larger American investment or venture capital firms that will invest in Swedish companies.

The qualities of a successful start-up

But whether the initial market is in Sweden, Europe or the US, the challenges of becoming successful are often significant for a life science start up, Steiner explains. HealthCap, for instance, receives some 300 to 400 proposals each year and can only accept a few.

“For those companies we do choose to work with, the sky’s the limit for helping them reach their potential. Once we decide to invest, the next day we are a company’s best friend and will open our networks for them and do everything we can to help them succeed. We are also very respectful and try to be helpful in other ways when we have to say no,” he says.

He lists all of the expertise a successful life science start-up must possess, especially to break into the US market: an understanding of the disease area in which the company is focused; and knowledge of the drug development process and the regulatory environment.

“There’s a difference between the geniuses who invent stuff and very smart people who can turn the discovery into products.”

“We look for people who can manage all these complexities,” he says. “There’s a difference between the geniuses who invent stuff and very smart people who can turn the discovery into products. You need both, as well as the business developers who create the network, and the investors.

“We also encourage companies not to build too large fixed cost structures, but to use consultants for efficiency.  It is important to find out quickly if the technology works or doesn’t work, so it doesn’t cost investors so much money as opposed to failing late at the clinical stage.”

As for mistakes to avoid, Steiner advises start-ups that before there is any real revenue, “make sure there is money to pay the bills. And don’t plan clinical trials that aren’t designed to really answer the questions you need to answer. If you take shortcuts, it is seldom profitable. And if you’ve done everything right, and you still don’t succeed, the ethical thing is to close down the company. Otherwise it’s a waste of investors’ money, resources and people.”

Steiner knows all too well the barriers that face even the most promising start-up. “Even though times have been good, it is difficult to raise capital for them. And very few life sciences companies actually make money today, with real sales. But good companies who have good people and a novel, well-thought-out product and strategy will always find capital – even when times are not so good.”

That is because the world yearns for the solutions that science and medicine can offer, he adds.

“We’re looking for companies that really solve medical needs – not an improved mousetrap but which offer innovations that in a fundamental way tackle a medical problem.”

“Society wants the solutions that healthcare can provide. The new drug that has taken years to develop may seem expensive but if it will reduce the total cost of care for a disease, or reduce the number of days in the hospital, the economics are often beneficial,” Steiner says.

“We are always looking at that. We understand the medical needs. We’re looking for companies that really solve medical needs – not an improved mousetrap but which offer innovations that in a fundamental way tackle a medical problem.” 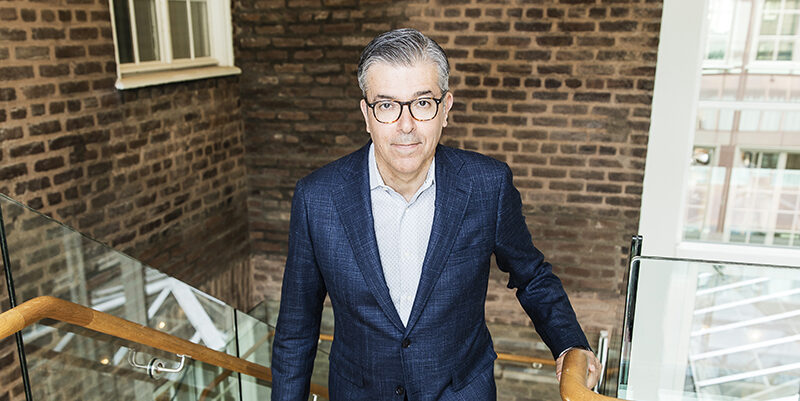 Steiner knows all too well the barriers that face even the most promising start-up.

Would he turn back the clock and return to his days in the research lab or as a practicing medical doctor?

Not a chance, Steiner says.

“What’s incredible is the close interaction I have with all these very smart people who do brilliant work. And yes, sometimes they fail. But even then, we try to help them find positions where they can do good. They are really passionate people. It’s a privilege to work in this environment.”

Amy Brown interviewed Eugen Steiner for our 03-issue of the magazine 2019.

For young scientists and engineers, a startup can be part of early training and education. Andreas Laustsen and Hans Genee sit in a light-filled atrium at Copenhagen’s Symbion incubator space, home of synthetic biology company Biosyntia, and reminisce. “We did bicycle together to work often,” Laustsen says to Genee. “You…

Umeå Biotech Incubator (UBI) is launching the ‘UBI International Coaching Program’, with the first course starting on October 24th. “If you strive to be one of the world’s best incubators you must have the whole world as your marketplace”, says Jennie Ekbeck, CEO of UBI. “Our role is to help…

Umeå Biotech Incubator (UBI) aims to double the number of small and medium-sized life science companies operating in the Västerbotten county over the next ten years. “We have finally reached the incubator phase that I have been looking forward to for so long,” said Jennie Ekbeck, CEO of Umeå Biotech…

Finnish Combinostics is aiming to expand its platform for early detection of neurodegeneration into new markets and sees an increasing demand for technologies such as theirs. Combinostics was founded in Tampere in 2014 and its technology is built on research at the VTT Technical Research Centre of Finland, studying AI…