The Nobel Assembly at Karolinska Institutet has decided to award the 2020 Nobel Prize in Physiology or Medicine jointly to Harvey J. Alter, Michael Houghton and Charles M. Rice, for the discovery of Hepatitis C virus.

The three scientists have made a decisive contribution to the fight against blood-borne hepatitis, a major global health problem that causes cirrhosis and liver cancer in people around the world, states the Nobel Assembly at Karolinska Institutet.

Harvey J. Alter, Michael Houghton and Charles M. Rice made seminal discoveries that led to the identification of a novel virus, Hepatitis C virus. Prior to their work, the discovery of the Hepatitis A and B viruses had been critical steps forward, but the majority of blood-borne hepatitis cases remained unexplained.

The discovery of Hepatitis C virus revealed the cause of the remaining cases of chronic hepatitis and made possible blood tests and new medicines that have saved millions of lives.

The Nobel Laureates’ discovery of Hepatitis C virus is a landmark achievement in the ongoing battle against viral diseases, states the Nobel Assembly at Karolinska Institutet. Thanks to their discovery, highly sensitive blood tests for the virus are now available and these have essentially eliminated post-transfusion hepatitis in many parts of the world, greatly improving global health.

Their discovery also allowed the rapid development of antiviral drugs directed at hepatitis C. For the first time in history, the disease can now be cured, raising hopes of eradicating Hepatitis C virus from the world population. To achieve this goal, international efforts facilitating blood testing and making antiviral drugs available across the globe will be required. 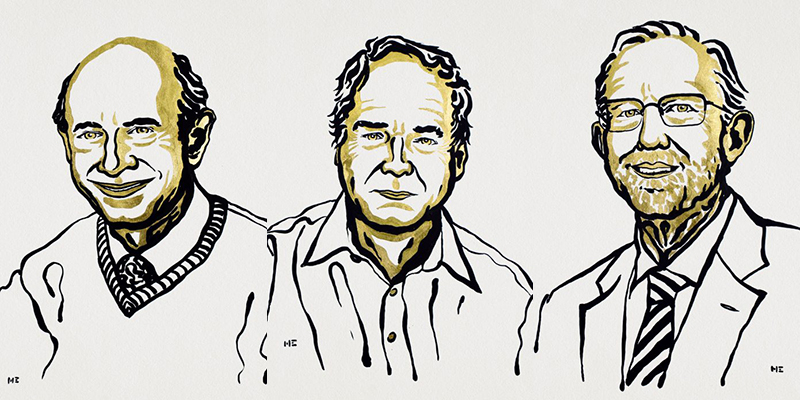 Harvey J. Alter was born in 1935 in New York. He received his medical degree at the University of Rochester Medical School, and trained in internal medicine at Strong Memorial Hospital and at the University Hospitals of Seattle. In 1961, he joined the National Institutes of Health (NIH) as a clinical associate. He spent several years at Georgetown University before returning to NIH in 1969 to join the Clinical Center’s Department of Transfusion Medicine as a senior investigator.

Michael Houghton was born in the United Kingdom. He received his PhD degree in 1977 from King’s College London. He joined G. D. Searle & Company before moving to Chiron Corporation, Emeryville, California in 1982. He relocated to University of Alberta in 2010 and is currently a Canada Excellence Research Chair in Virology and the Li Ka Shing Professor of Virology at the University of Alberta where he is also Director of the Li Ka Shing Applied Virology Institute.

Charles M. Rice was born in 1952 in Sacramento. He received his PhD degree in 1981 from the California Institute of Technology where he also trained as a postdoctoral fellow between 1981-1985. He established his research group at Washington University School of Medicine, St Louis in 1986 and became full Professor in 1995. Since 2001 he has been Professor at the Rockefeller University, New York. During 2001-2018 he was the Scientific and Executive Director, Center for the Study of Hepatitis C at Rockefeller University where he remains active. 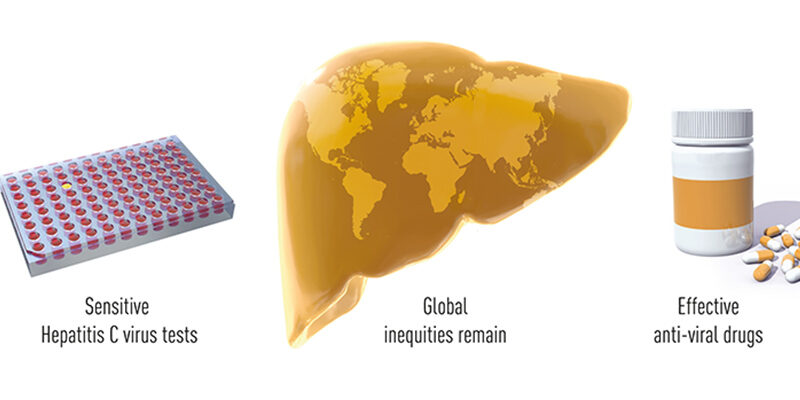 Image caption: The discoveries by the three Nobel laureates allowed the design of sensitive blood tests that have eliminated the risk of transfusion-transmitted hepatitis in a large part of the world. This breakthrough also enabled the development of antiviral drugs that can cure the disease. Hepatitis C remains a major global health concern, but the opportunity now exists to eliminate the disease. Illustrations: © The Nobel Committee for Physiology or Medicine. Illustrator: Mattias Karlén

Aziz Sancar’s love for the world of chemistry led him to the other side of the Atlantic and to the Nobel Prize winning breakthroughs of mapping DNA repair. At 5 a.m. one particular October morning Aziz Sancar and his wife were awoken by an unexpected call. The person on the…

Professor Thomas Helleday at Karolinska Institute has been awarded the Erik K. Fernström Prize for younger medical researchers. Helleday is a professor at the Department of Medical Biochemistry and Biophysics and is now recognized for his discoveries of new targets for cancer therapy. Earlier this year a team of researchers,…

In the draft Swedish federal budget for 2015, the government proposes that the mandate of the Fourier transform be changed. Today the fund, which manages 3 billion, focuses on the automotive industry. But according to the proposal, the mission instead becomes to directly or indirectly invest in small to medium sized…