“We are delighted to welcome our distinguished, and expert, new SAB members. They bring a wealth of scientific and clinical understanding which will be of great help in progressing our antigen-coated oncolytic viruses and vaccine vectors as innovative immunotherapy approaches against cancer and infectious diseases. We look forward to working with them all,” says ValoTx’s CEO, Paul Higham.

Professor Paolo Antonio Ascierto is a world-leading key opinion leader in melanoma disease and immunotherapy. He is currently Director of the Department of Melanoma, Cancer Immunotherapy and Development Therapeutics at the National Cancer Institute “Pascale” in Naples, Italy. He is Editorial Board Member, Editor and Scientific Reviewer for leading medical journals and a member of the Steering Committee of the Society of Melanoma Research (SMR). Dr Ascierto is part of the Board of Directors for the Society of ImmunoTherapy of Cancer (SITC) and of the Cancer Development Drug Forum (CDDF), and is President of the Fondazione Melanoma Onlus, and the Campania Society of ImmunoTherapy of Cancer (SCITO). He has been an invited speaker to over 400 national and international scientific meetings, courses, and workshops. He has presided as Principle Investigator on over 150 clinical trials, and he is the author of over 600 publications in peer-reviewed journals. His awards and honours are numerous and include receiving the GEF Health Award in 2022. He has received funding from the POR FESR and ERA-NET, among others.

Professor Kevin Harrington qualified in medicine from the University of London and obtained his PhD from Imperial College, London. He is a Fellow of the Royal College of Physicians and the Royal College of Radiologists. He completed postgraduate training in clinical oncology (Royal College of Radiologists Rohan Williams medallist) and postdoctoral research in Professor Richard Vile’s laboratory at the Molecular Medicine Programme in the Mayo Clinic. He subsequently was appointed to a group leader position at The Institute of Cancer Research (ICR), London and an honorary consultant oncologist post at the Royal Marsden Hospital (RMH). He is the Head of the Division of Radiotherapy and Imaging at the ICR, and Director of the CRUK ICR/RMH RadNet Centre of Excellence. He has led phase I, II and III trials of oncolytic virotherapies, immunotherapy and radiation-drug combinations. He brings to the SAB a longstanding focus on gene therapy and viral gene therapy as ways to selectively destroy cancer cells and activate anti-tumour immune responses. His laboratory research focuses on the use of biologically targeted agents, in combination with treatments such as radiotherapy and chemotherapy, to target cancer cells selectively, especially in head and neck cancer and in melanoma. 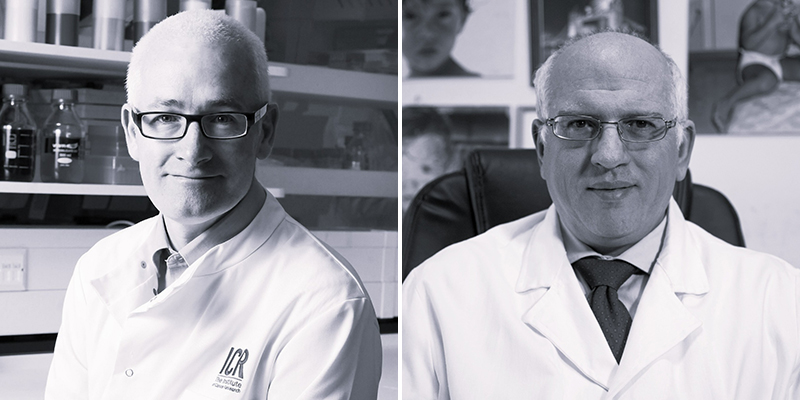 Dr Jeffrey Bockman received a BA from the University of California at San Diego, an MA in English/Creative Writing from New York University, and a PhD in Medical Microbiology from the University of California at Berkeley. He is the Executive Vice President, Head of Oncology at Lumanity BioConsulting, and was an Assistant Research Professor at The George Washington University School of Medicine. He has worked closely with two Nobel Prize recipients: Dr Sidney Altman, on ribozymes, and Dr Stanley Prusiner, on prions. He brings to the SAB extensive commercial and strategic perspective on the pharmaceutical and biotech industries, including leading the commercial development of oligonucleotide therapeutics for viral diseases and cancer at Innovir Laboratories. He is a frequent speaker at industry events such as BIO on the intersection of scientific, clinical, and strategic issues affecting biotech oncology drug development. Jeff is a member of AACR, ASCO, ASH, ASGCT, SITC and NYAS. He is a mentor for the NCI Innovation Conference, a judge for the Citeline Awards, a member of the Advisory Group to Skipper Bio Med, and is on the Clinical Advisory Board of ImmunOS (Zurich) and the Scientific Advisory Board of hC Bioscience (Cambridge, MA).

Professor Malcom K. Brenner is an award-winning physician-scientist who has pioneered the therapeutic use in cancer of T cell immunologic approaches and genetic engineering strategies.  He is the Founding Director, Centre for Cell and Gene Therapy, Baylor College of Medicine (BCM), Houston Methodist Hospital and Texas Children’s Hospital. He served as Editor-in-Chief of Molecular Therapy and as former President of the American Society for Gene and Cell Therapy and of the International Society for Cell Therapy. Dr Brenner obtained his medical degrees and PhD from the University of Cambridge, England. Dr Brenner’s work has been funded by the NIH-NCI, the Leukemia and Lymphoma Society, the Cancer Prevention and Research Institute of Texas, and several charitable foundations. He has been involved in the foundation of several companies, such as Allovir, Marker Therapeutics, and Tessa Therapeutics.

Nordic Nanovector has announced the appointment of Peter L. Braun as Chief Executive Officer (CEO). He took up the position on 6 April 2021 and will be based in the company’s office in Zug, Switzerland. Braun is an experienced and entrepreneurial pharmaceutical leader, with extensive commercialization experience with innovative oncology…

Luigi Costa will step down as Chief Executive Officer by mutual agreement with the Board of Directors. “Nordic Nanovector has recently taken a significant hit to its market valuation and credibility with the Norwegian investment community. As CEO, I have to take full responsibility for this. For the good of…

She is the new General Manager of Boehringer Ingelheim AB

Amy Arthur has been appointed new General Manager of Boehringer Ingelheim Sweden. During the past 16 years Arthur, originally from the UK, has been working within different areas of business at Boehringer Ingelheim, for example at the regional headquarter, Holland. She has experience from several of the therapy areas that…