The new national test centre, TestCenter Danmark, is anchored at Statens Serum Institute (SSI) and has been established in close collaboration between the Danish state, the Danish regions, the national preparedness system and hospitals including Rigshospitalet, as well as the Novo Nordisk Foundation and Novo Nordisk A/S.

The Novo Nordisk Foundation and Novo Nordisk A/S provide consultancy, personnel and technology for setting up and carrying out tests. Other companies, e.g. Novozymes A/S, have assisted with equipment.

“We have been working extremely hard to increase our test capacity since the coronavirus began to spread in Denmark. Now we have the capacity in place and we need to exploit its potential to the full. In this way, we can ensure timely treatment of citizens who have contracted COVID-19, and we can monitor the spread of the disease closely and use this knowledge actively when we gradually re-open Denmark,” said Magnus Heunicke, Danish Minister for Health and the Elderly in a press release. 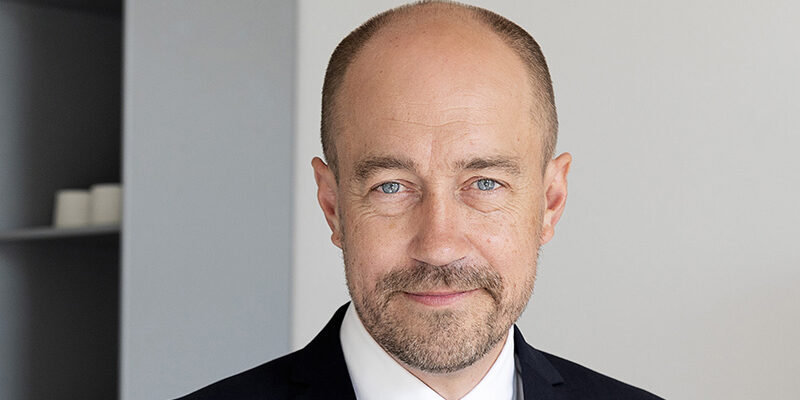 Targeted at the wider population in Denmark

Members of the public will be able to be tested at the white testing tents which in the last couple of weeks have been put up in all of the five Danish regions. These testing stations are staffed by the regions and the national preparedness system. Subsequently, all test samples will be transported to TestCenter Danmark at SSI for analysis. Referral for testing and information about the results will be carried out based on the guidelines, procedures and IT systems of the Danish health services.

The initiative is targeted at the wider population in Denmark and who are referred for testing by the health services. It forms an important element in the realization of the Danish national strategy for COVID-19 testing, complementing the test capacity of the regional hospitals, states Novo Nordisk Foundation.

The ambition is to be able to test up to 20,000 citizens every day and as of this week, it has been possible for Danish adults to make an appointment for COVID-19 testing, reports the Danish Ministry of Health in a press release. First out to make testing appointments were adults aged 18 to 25, and the following days older adults were also able to make appointments.

“Having a national setup that improves our ability to test the population on a large scale will also make us better prepared for tackling similar situations in the future.”

“TestCenter Danmark is an extremely important initiative that will help to ensure testing of more people for the new coronavirus. It will contribute to increased safety for individual citizens and the people they have social contact with, and it will also support the gradual re-opening of the Danish society, including rebooting our economy. Having a national setup that improves our ability to test the population on a large scale will also make us better prepared for tackling similar situations in the future,” said Lars Rebien Sørensen, Chairman of the Novo Nordisk Foundation at the end of April.

TestCenter Danmark will be testing persons without symptoms, including specific groups in society such as personnel within the health-, social and elderly care sectors who are not employed by the regions, relatives of vulnerable citizens who have approached their own family doctor for testing, people with contact to infected persons as well as a representative cross section of the population. In this way, TestCenter Danmark will become an important element in monitoring the spread of COVID-19 in Denmark, both through its virus testing and the antibody tests, which will be carried out in due course, states the Novo Nordisk Foundation.

New findings on how the new coronavirus infects cells

A German-Finnish team of researchers has discovered the second ‘key’ used by the SARS-CoV-2 virus to enter into hu­man cells. To efficiently infect human cells, SARS-CoV-2  is able to use a receptor called Neuropilin-1, which is very abundant in many human tissues including the respiratory tract, blood vessels and neurons,…

AstraZeneca has concluded an agreement with the European Commission (EC) to supply up to 400 million doses of the AZD1222 COVID-19 vaccine. Building on the existing agreement with Europe’s Inclusive Vaccines Alliance spearheaded by Germany, France, Italy and the Netherlands, this new agreement will give all EU member states the…

Interim results from the ongoing Phase II/III COV002 trial of AZD1222 in the UK, led by the University of Oxford, demonstrated lower local and systemic reactions in older adults (≥56-69 years and ≥70 years) than younger adults (≥18-55 years) and generated similar robust immune responses against the SARS-CoV-2 virus across…