How will Brexit affect the pharmaceutical sector?

Brexit and the implications of the UK’s departure from the European Union (EU) continue to dominate the news agenda and industry discussions. Here, Thomas Beck, Senior Vice President, Quality Management at Recipharm, gives his views on the relocation of the European Medicines Agency (EMA), the need for a pragmatic approach during the transition and his own organization’s Brexit preparations.

The latest announcement that the EMA will lose at least 30% of its staff as it relocates to Amsterdam during Brexit is an additional challenge in an already complex regulatory environment. The EMA has admitted that it will need to focus on its core activities of evaluating and supervising drugs, cutting back on collaborative efforts to harmonize global medicine regulations. This has the potential to hinder progress at an international level in the short term. The longer-term implications are still to be known.

At a critical time in the Brexit transition, the move to Amsterdam has in fact generated a ‘hole’ in decision making.

At a critical time in the Brexit transition, the move to Amsterdam has in fact generated a ‘hole’ in decision making. The EMA appears to more focused on the move than it is on medicines and patients at present. Once its new headquarters are established, there will be a drive to take things forward. Until then, most of the pharma industry is currently waiting for decisions.

Uncertainty and lack of preparation

Following its survey (1) of marketing authorization holders (MAHs), the EMA has warned that the supply of more than 100 medicines manufactured solely in the UK is at risk of disruption post-Brexit. This is because the necessary work to ensure they can be licensed and released for sale in mainland Europe has not been carried out.

Depending on whether a grace period is granted, immediate supply of medicines post-Brexit could be a problem. This may be particularly the case for some rare medicines with short shelf lives, as they may not survive the time it takes to perform additional sampling and release testing for the different markets.

Drugs are often manufactured for several markets and contain highly regulated formulas that are not easy to change within a short timeframe. There is a very real risk that some medicines may not survive the transition and clearly this will create issues for patients.

Of course, ensuring the reliable supply of medicines post-Brexit is paramount and should be one of the main focuses of the industry over the coming months. We would like to see more action and guidance from the EMA to help pharmaceutical manufacturers understand the implications and make the required preparations. The initiatives shown by the UK government regarding a pragmatic approach to Brexit have not received any pragmatic response from the EMA which remains firm in its hard-Brexit approach.

As a contract development and manufacturing organization (CDMO) with a presence in both the UK and mainland Europe, Recipharm is well positioned to support its customers through the Brexit transition and have a task-force dedicated to meeting the challenge head-on.

Treating the UK as a ‘third country’ post-Brexit has the potential to create additional layers of complexity that manufacturers will have to adapt to if they are not already familiar with third-party importation practices.

Treating the UK as a ‘third country’ post-Brexit has the potential to create additional layers of complexity that manufacturers will have to adapt to if they are not already familiar with third-party importation practices. This will not be the case for Recipharm which is used to manufacturing and supplying medicines globally.

Recipharm is also prepared to invest in the necessary capabilities and equipment for its facilities to ensure a seamless transition. The business is also considering the resource demands and plans to recruit additional staff in laboratory and regulatory roles to meet the necessary analytical, release testing and administration requirements.

As a business, we are currently focused on the regulatory aspects of Brexit, as opposed to the business outcomes and benefits, however, it is clear that we can help our customers in this complex arena.

Light on the horizon?

On the 17th July 2018, MPs backed an amendment to the government’s suggested Trade Bill on the regulation of medicines after Brexit. MPs voted for the UK to take “all necessary steps” to participate in the regulatory network operated by the EMA after it leaves the EU, which is certainly a positive step in favor of ensuring the smooth flow of medicines to British patients.

The best outcome is that a mutual recognition agreement is maintained between the EU and UK, meaning there will be limited to no immediate regulatory changes. The industry at large is hoping for a ‘soft Brexit’ and waiting for updates from the UK government, the EMA and the Medicines and Healthcare products Regulatory Agency (MHRA). The worst-case scenario, where no agreement is reached, may result in medicine shortages, which is extremely concerning.

The Brexit challenge needs to be faced in a pragmatic way and details need to be confirmed and communicated as a matter of priority or, as the EMA survey has found, patients across the UK and EU could suffer. One thing that is certain is that the quality of UK manufacturing, Qualified Persons (QPs) and analytical activities will remain at the highest of levels as they have been for several decades. 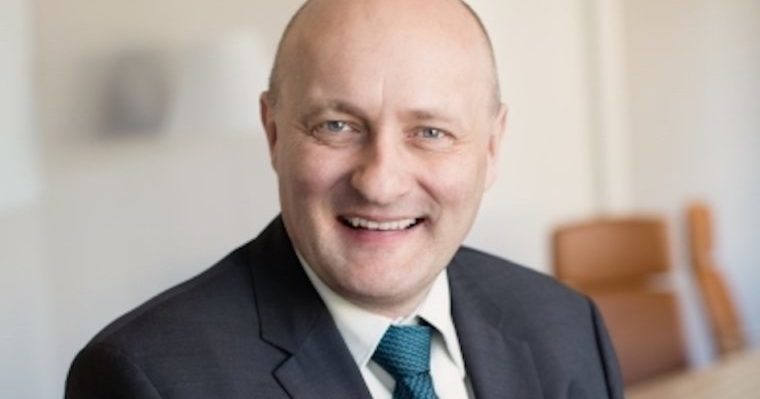 1.  EMA surveys pharma companies on their preparedness for Brexit

An individual’s medical data is clearly one of the most private elements of personal data – quite clearly deserving of the highest level of data protection. For this to be in the control of the individual is a primary goal of the GDPR. At the same time, as medical science…

The global pharmaceutical company Astellas has gathered all corporate support functions to its Nordic and Baltic sales units in Denmark. “In Stockholm, 90 percent of our employees would be Swedish, in Oslo they would be Norwegian, and in Finland they would be Finns. But in Copenhagen, we have employees with…

I began to be interested in the problem of antibiotic resistance almost 30 years ago. A couple of colleagues and I were evaluating some patent applications describing the possibilities of replacing antibiotics in animal feed with lactobacillus. At that time, similarly to today, antibiotics were routinely used to stimulate the…