A CDMO with a competitive edge

Coripharma has taken the positive lessons learned from Iceland’s history and excellence in pharmaceutical manufacturing and aims to bring a competitive edge to this solid heritage.

Over past decades Iceland has proven successful in the field of R&D development and manufacturing of pharmaceuticals and generics. Invest in Iceland reports that investments in R&D manufacturing within the pharmaceutical industry are continuing to increase in the country. “As a result of all the infrastructure, as well as the knowledge that has been built over the past few years, there are unprecedented opportunities for strengthening and enhancing knowledge in the Icelandic biotech and pharmaceutical industries,” states Jakob Falur Garðarsson, Managing Director of Frumtok, the Icelandic Association of the Pharmaceutical Industry.

New companies have also sprung from this excellence. One such example is Coripharma, a pharmaceutical manufacturer based in Hafnarfjordur, outside Reykjavik.

“Our idea is to ensure the continuation of the manufacturing of pharmaceuticals in Iceland, and to do so with a competitive edge, based on the experience of the team, our strategic location and high quality of the site,” says Björn Aðalsteinsson, Director of Business Development at the company.

A facility with a successful history

The founding of Coripharma began with the acquisition of a production facility with a long and successful history. The plant was first built by Actavis and it played an important role in the growth story of the company when the business expanded from a local manufacturer in Iceland to one of the biggest generics players in Europe and the world. It was later acquired by Teva, as part of its global acquisition of Actavis’ generics business, and subjected to a planned closure in 2016.

“The investors behind the project are a collection of private equity, including some former top managers of Actavis, as well as institutional Icelandic investors”

However, a group of local Icelandic investors and members of the management team of the plant and the commercial units came together with the aim of buying the facility and re-opening it.

“In mid-2018 the team finalized the acquisition, after lengthy negotiations with Teva. The investors behind the project are a collection of private equity, including some former top managers of Actavis, as well as institutional Icelandic investors,” says Aðalsteinsson.

During 2018 the new company managed to get its production facility up and running, it was re-inspected by the Icelandic Medicine Agency and production began. In addition, in 2019 Teva decided to divest its R&D site in Iceland. This site was adjacent to Corpiharma’s facility and the company saw the opportunity to invest – making the jump from a pure contract manufacturing organization (CMO) to establishing its own R&D and selling its own developed products.

“Now we are a fully-fledged CDMO,” says Aðalsteinsson. “We offer our partners a full range of production of tablets and capsules at an internationally GMP approved site and we also offer our own range of in-house developed generic products, most of them coming off patent in the coming few years.” 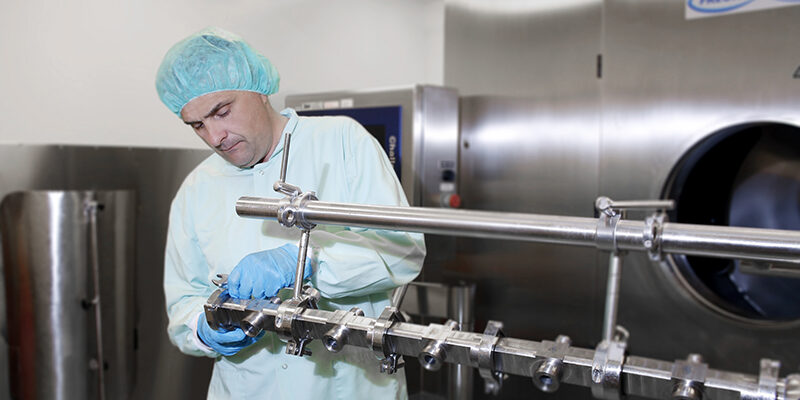 Coripharma aims to take the positive learnings from Actavis, such as excellence in quality and customer service

The majority of the team behind Coripharma have previously worked at Actavis, being part of a journey where they have grown and evolved with a company growing from a small local entity to be a part of a multi-national organization.

“We aim to take the positive learnings, such as excellence in quality and customer service, while avoiding the pitfalls of the big top-heavy corporate beasts that companies can grow into if left unchecked,” says Aðalsteinsson. “The contract manufacturing market is quite competitive today and to gain an advantage you need to focus on what you are good at,” continues Aðalsteinsson. “Our strength lies in our ability to offer high customer service, quick turnaround times and good cost of goods for the medium sized products. We are not trying to compete with companies offering billions of tablets but instead to offer production and packaging to clients that need flexibility and quality.”

Aðalsteinsson states that among the advantages of being located in Iceland is access to great employees. “We have been extremely fortunate in the fact that the pool of ex-Actavis workers has been deep enough to sustain our needs well, and people really have jumped at the opportunity to join our company on this journey.”

“Iceland is also located very strategically, close to both Europe and America, and being inside the European Economic Area makes us a natural EU-GMP site”

Another advantage, he says, is the green energy they utilize for their operations. “Iceland is also located very strategically, close to both Europe and America, and being inside the European Economic Area makes us a natural EU-GMP site.”

“Official support is very limited,” he continues,  “But the local investment environment in Iceland has been very receptive of our project and funding the company has gone very well. All commercialization is done the “old school” way – knocking on doors – beginning with those we knew from previous jobs and cold-calling. Participating in trade events has also generated good results.” 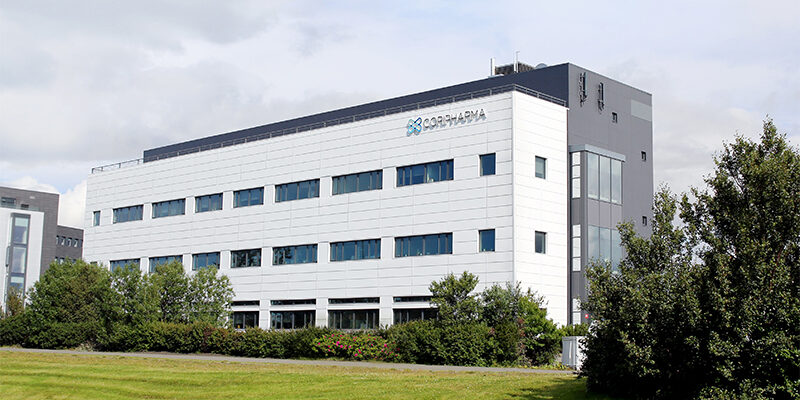 “Believe in your team”

The long-term plans for Coripharma are to bring the R&D projects to market and build a future on their own in-house developed products, while continuing to build a strong CMO operation which will serve as an important revenue generator, says Aðalsteinsson.

“We will also aim to work closely with selected development partners in order to maximize our portfolio reach. Going forward we are not planning to sell under our own brand directly to the market, but rather out-license our products to international customers.”

As a final piece of advice to other Nordic life science entrepreneurs-to-be out there, Aðalsteinsson recommends to nurture your network and believe in your team!

Recipharm, has signed an Memorandum of Understanding (MOU) for the fill finish of vaccines and biotherapeutics in Morocco. Recipharm has signed the MOU, along with His Majesty the King of Morocco, the Moroccan government and a consortium of the country’s leading banks, that will see the company operate a new…