Nobel Laureate Harvey J. Alter has focused his scientific career on investigating the causes of transfusion transmitted hepatitis. Doing research and working closely with small groups of patients turned out to be a perfect fit for him.

Long before the coronavirus pandemic started sweeping across the world, another, more stealthy virus had been taking thousands of lives and evading treatment for years. Called the hepatitis C virus, it affects about 71 million people globally and was the last of the hepatitis strains to be identified. People who are infected may exhibit no symptoms for months or years, until they discover they have severe liver damage or liver cancer. Identifying hepatitis C led to new treatments and ways of identifying the virus in blood samples.

In announcing the award, the Royal Swedish Academy of Sciences noted, “Prior to their work, the discovery of the hepatitis A and B viruses had been critical steps forward, but the majority of blood-borne hepatitis cases remained unexplained. The discovery of hepatitis C virus revealed the cause of the remaining cases of chronic hepatitis and made possible blood tests and new medicines that have saved millions of lives.”

“Often ballplayers say right after a good game that they don’t know what they feel yet, and that’s true. I didn’t know, but now my whole life has turned upside down.”

Unfortunately, due to the coronavirus pandemic, the usual Nobel Prize festivities in Stockholm had to be cancelled, and recipients took part in a remote awards ceremony. Harvey Alter jokes that he ignored two calls notifying him of the award, because the phone rang at about 4:15 a.m. EST. The third time the phone rang, he answered and was about to scold the caller, only to find out the call was from Stockholm.

“It stopped me in tracks; I was stunned,” Alter says. “Often ballplayers say right after a good game that they don’t know what they feel yet, and that’s true. I didn’t know, but now my whole life has turned upside down.” 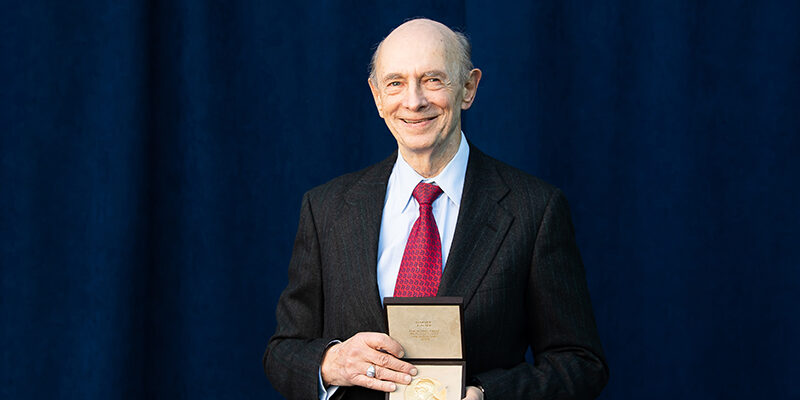 Alter’s Nobel Prize comes after a half-century of research dedicated to the hepatitis virus. An intramural researcher at the NIH and a Senior Scholar at the NIH Clinical Center’s Department of Transfusion Medicine, Alter has been hard at work since the 1960s.

“It’s been a very long process that has expanded incrementally,” he says. “We realized there was a new agent of hepatitis out there. We were able to define some physical characteristics of the virus and clinically found that about 20 percent of infected people went on to develop cirrhosis, which led to death, which made it an important disease.”

In the past, hepatitis C was mostly transmitted by blood transfusions and unsterilized medical practices. Now it is almost exclusively contracted from needles shared during illicit drug use, according to Alter.

“We can cure almost 100 percent of cases with few side effects with new and remarkable oral drugs. The impediment has been the cost of the drugs (in the United States). Now more insurance plans are covering it; initially many were denied treatment. We need massive screening programs to detect silent carriers and make treatment affordable once carriers are identified.”

Fate drew him to this field of research, Alter says, which was confirmed by a friend and colleague, Dr. Harvey G. Klein, M.D., a scientist emeritus of the Department of Transfusion Medicine at the NIH Clinical Center.

“As a young scientist searching for the causes of febrile reactions to blood transfusion using immunological techniques, he [Alter] co-discovered the hepatitis B surface [Australia] antigen,” Klein says. “He considered this the serendipity of science, but in fact, nature does favor the prepared mind. He focused his scientific career on investigating the causes of transfusion transmitted hepatitis.”

Alter continued to pursue other agents that appeared to transmit hepatitis, realizing that one virus was different from the known ones and he labeled this nonA, nonB hepatitis. Eventually this was isolated as the hepatitis C virus, Klein adds. “His clinical work defined the natural history of hepatitis C.”

After retiring from the NIH in 2017, Harvey Alter returned for a one-year, part-time position in October 2020 and has continued research on a hepatitis C cohort he had been following since 1990, when scientists could first recognize the virus by antibody testing.

“There are still more patients to treat, other studies to complete, and I will be finishing stuff over the next year,” he notes. “I will be following patients in a study to see if the cure reverses liver damage.”

Work has begun on blood bank agents that can screen for about 20 infections, and Alter says his successor, Valeria DeGiorgi, will be pursuing that.

“I have never been bored any day I worked here; it has been 50 years of non-boredom. It is always stimulating, the NIH has a lot of collegiality and cooperation and in order to accomplish things you need collaborators and mentors.”

According to Alter, among the reasons he continued working is that he has enjoyed all aspects of his career.

“I have never been bored any day I worked here; it has been 50 years of non-boredom. It is always stimulating, the NIH has a lot of collegiality and cooperation and in order to accomplish things you need collaborators and mentors. Just reading the literature every day, something exciting comes out. It’s hard to explain how much job satisfaction there is – everyone has some goal, some technology they are interested in and they just keep working. One step led to the next step and that kept the excitement up.”

Alter jokes that he already wrote his epitaph, “As in life, he ran out of time.”

“My father was a frustrated physician. He came from a large family, was smart, was always reading Science Digest and would have liked to have gone to medical school,” he says. “He was a subliminal influence. I just really enjoyed medicine. I was not interested in research until I was called back to NIH in 1970 and got interested in academic medicine.”

The chance to do research and work closely with small groups of patients turned out to be a perfect fit for him.

“It was more satisfying to see patients in the context of a study; you are seeing one with a particular disease, looking for commonalities, causes and treatments. I could spend more time with patients and train fellows. It’s nice to have a defined hypothesis or goal and have a completed package, which is out there for others to see. It suits my personality well.”

“Harvey Alter is a ’scientist’s scientist’. He is curious, creative, focused, hardworking and dedicated.”

Alter’s approach and commitment to research led Klein to describe him as a ’scientist’s scientist’.

“He is curious, creative, focused, hardworking and dedicated,” says Klein.

As a researcher, Alter has also been keeping up with efforts to contain the current coronavirus pandemic. The failure to respond early to outbreaks led to the virus spreading quickly, he notes, but he adds that he has confidence in the vaccines that have been developed.

“They have been proven extremely safe, and been reviewed by the best scientists around, so there won’t be any safety issues.”

When the COVID-19 pandemic is over and he has more time, Alter says he is looking forward to getting back to one of his favorite past times – traveling – as well as catching up on reading.

“After this year, I think I really will retire,” he says. 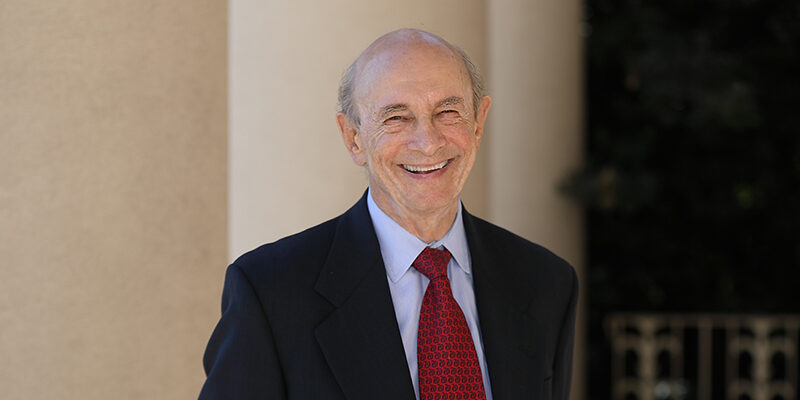 Doctoral Candidate Norma Jäppinen and Docent Pia Rantakari received the prize at a ceremony held during the BioCity symposium on 17 August. The prize, which is awarded to the best publication of BioCity Turku, is named after Professor Elias Tillandz (1640‒1693) who introduced empirical life science to Finland and published…

The Nobel Prize in Physics

The Nobel Prize in Physics 2013 was awarded jointly to François Englert and Peter W. Higgs “for the theoretical discovery of a mechanism that contributes to our understanding of the origin of mass of subatomic particles, and which recently was confirmed through the discovery of the predicted fundamental particle, by…