The development and use of biosimilars continues to grow in the Nordic countries, as well as the rest of Europe, and experts are excited about their potential. But there is a thicket of legal issues and regulations that companies have to navigate to get their drugs to the market.

A biosimilar is almost identical to a drug manufactured by another company whose patent has expired. In many cases, however, a single original medication can have as many as 200 patents and exclusivities attached to it, according to Julie Maréchal-Jamil, director of Biosimilar Policy & Science, Medicines for Europe, who is raising the question of whether this is in keeping with the intent of the patent system.

“A particular concern is the increasing number of patents protecting indications that can be used to delay access for patients, as our industry has experienced with certain cancer medicines in Eastern Europe,” says Maréchal-Jamil. “This extensive patent landscape adds to the risk of developing biosimilar medicines.” 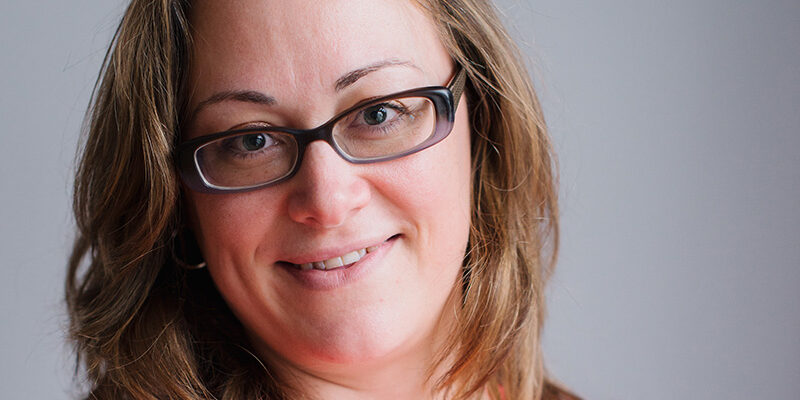 The quality pre-clinical and clinical comparability exercises needed to develop biosimilars also requires extensive amounts of time and money, according to Maréchal-Jamil. What this means for drug developers is intense discussions with regulatory authorities, such as the U.S. Federal Drug Administration (FDA) and the European Medicines Association (EMA), about regulatory issues to understand in detail their requirements for a specific development program. This includes the analytical methods to apply for analytical biosimilarity exercises and the design of clinical trials, says Martin Åmark, CEO/IR of Xbrane Biopharma AB, a Swedish biotechnology company that is developing biosimilars.

To get the necessary advice, “We have engaged with specialist consulting groups and also participated with a scientific advisory group,” notes Åmark. “We are targeting the European and U.S. markets.”

Xbrane expects to launch its first biosimilar in 2022. “You need to have the scientific know-how to develop these products and the financial resources to push them through the trials,” he says.

As a good omen for the biosimilar industry, companies in Finland, Denmark and Sweden prevailed in the first patent dispute in Finland and Denmark. In March, the Finnish Market Court ruled against a motion for a preliminary injunction against MSD Finland Oy filed by F. Hoffman-La Roche AG, Roche Oy and Genentech Inc., and in Denmark, the Maritime and Commercial High Court in Copenhagen denied Roche and Genentech preliminary injunctions against MSD Danmark, Samsung Bioepis and Biogen (Denmark) Manufacturing.

F. Hoffman-La Roche and Genentech argued that MSD Finland Oy infringed upon Roche and Genentech’s rights, according to the Finnish part of a European product patent, by marketing and selling a biosimilar drug in Finland. According to the court, it was unlikely MSD Finland would infringe on the rights of the companies that produced the original drug and was free to continue selling its drug to Finnish hospitals.

In Denmark, Genetech and Roche claimed MSD Danmark, Samsung Bioepis and Biogen were infringing on their rights, according to the Danish section of a European product patent.

“We filed this lawsuit to challenge practices that block access, choice and price competition for patients”

Other challenges are also in the works. In September 2017, Pfizer filed a suit in U.S. District Court for the Eastern District of Pennsylvania against Johnson & Johnson, arguing that Johnson & Johnson is preventing U.S. patients from using a biosimilar produced by Pfizer. No trial date has been set.

“We filed this lawsuit to challenge practices that block access, choice and price competition for patients, so that U.S. patients have access to a wide range of treatment options at a competitive price,” says Andy Widger, Senior Director, Global Media Relations, for Pfizer.

The lawsuit alleges that Johnson & Johnson’s anti-competitive practices concerning Remicade® (infliximab) have denied U.S. patients and the broader healthcare system the benefits of price competition and therapeutic options in the biologics marketplace in violation of federal antitrust laws, according to Widger. The suit maintains that Johnson & Johnson said it would withhold significant rebates to insurers for both current and future patients unless the insurers agreed to block coverage for Inflectra and other infliximab biosimilars, Widger noted.

The Nordics – especially accepting of biosimilars

Despite the cost and numerous patent and legal issues, interest in biosimilars remains high. Currently the European Union accounts for more than 90 percent of the global cumulative experience with biosimilar medicines, according to Maréchal-Jamil. “In the EU, every country uses biosimilar medicines, however there remains variability among countries and also within countries, depending on the biologic molecule and the therapeutic area.”

Payers and customers in the Nordic countries have been especially accepting of biosimilars, according to Pfizer Sweden Country Manager Malin Parkler. Pfizer’s current portfolio includes four approved biosimilars in the U.S. and EU for the treatment of cancer or supportive care, and approved biosimilars for the treatment of inflammatory conditions. In terms of guidance during production, “We work with a range of stakeholders including researchers, physicians, patients and policymakers to inform our development pipeline and bring these important therapies to the market,” Parkler informs.

Other barriers to biosimilar use are fears that they will not be as effective as the original drugs and there are insufficient inducements to develop and prescribe them, according to experts.

“The lack of incentives and benefit-sharing schemes, which require specific national policy interventions and measures [are issues],” says Maréchal-Jamil.

Among the potential solutions she cites making sure the framework is patient-centric and the market mechanisms are supportive of healthy competition; the pricing, reimbursement and tendering processes and timelines enable timely biosimilar medicine launches, and the treatment guidelines are revised to include improved cost-efficiency where biosimilar medicines are available.

“A competitive and sustainable European marketplace that supports both originator biologics and oncology biosimilars is necessary to obtain the benefits that these important medicines offer for patients, physicians, payers and healthcare systems in the long-term,” adds Parkler.

Additional incentives to drive the use of biosimilars over more expensive originator biologics could include regulators accepting interchangeability of medications and automatic substitution, says Åmark.

Communicating the safety, effectiveness and lower cost of biosimilars to patients and healthcare providers also helps, according to Maréchal-Jamil, including disseminating real-world data about the value and benefits seen across the healthcare community through the use of biosimilar medicines.

In terms of production, some experts maintain that revising the regulations for clinical trials could eliminate redundancy in testing. Lowering the primary requirements for Phase III trials and relying more on evidence from analytical data and phase I studies would help manufacturers get biosimilars to market faster, says Åmark.

“One of the fundamental pillars for the successful uptake policies in Norway has been the government leadership in designing a biosimilar policy framework, involving multi-stakeholder engagement and an active roadmap for policy interventions supporting their ambition for biosimilar medicines’ role in the healthcare system”

Maréchal-Jamil agrees, “The regulatory science advances also need to factor in the experience for optimal efficiency in both the development and registration of biosimilar medicines.”

The Nordic countries, especially Sweden and Norway, have been leaders in crafting policies that facilitate biosimilar production. “One of the fundamental pillars for the successful uptake policies in Norway has been the government leadership in designing a biosimilar policy framework, involving multi-stakeholder engagement and an active roadmap for policy interventions supporting their ambition for biosimilar medicines’ role in the healthcare system,” says Maréchal-Jamil. “In the Nordic region, Sweden can certainly be showcased as an active-learning example, factoring experience in the design of the framework. Swedish officials recently outlined the implementation of a tiered tendering approach, which supports multi-actors in the market and healthy competition, as well as implementing benefit-sharing schemes where the benefits of the introduction of biosimilar medicines in clinical practice are re-invested in tangible improvements for the healthcare community.”

The savings from using biosimilars are going to become increasingly critical as healthcare costs continue to rise.

“The value and benefits of biosimilar utilization in terms of re-investment in health and patient care are very clear and documented,” notes Maréchal-Jamil. Among these are more patients receiving treatment earlier because of the lower costs of the medications, and allowing the savings to be invested in other areas of care, such as expanding a hospital’s nursing staff, she notes.

“Biosimilars are one of the most promising things to reduce healthcare costs in the coming decades,” adds Åmark. “They are the key to reducing costs and the key to making drugs accessible to broader populations.”

BioInvent International and CASI Pharmaceuticals, a U.S. biopharmaceutical company with an established clinical development and commercial infrastructure in China, have entered into an exclusive licensing agreement for the development and commercialization of novel anti-FcγRIIB antibody, BI-1206, in mainland China, Taiwan, Hong Kong and Macau. “BioInvent will receive a $5 million…

Ilya Pharma has secured a total of 5.3 million EUR in funding from the European Innovation Council (EIC) Accelerator program of blended financing. The funds will enable Ilya Pharma to accelerate a Phase II Trial of its lead drug candidate ILP100 which has the potential to heal problematic non-healing wounds…