Helsinki – High Tech and healthcare of the future

When thinking about the future of life science research, think Helsinki, Finland.

Not only is Finland’s capital home to a top-ranked university and hospital, more than 300 life science companies with revenues exceeding $1.5 billion USD and about 5 000 employees and a highly-educated population, but also organizations that bring together the best Helsinki has to offer.

“Helsinki has been recognized as a leader in areas including human genetics and digital health, precision cancer medicine, developmental biology, ecology and evolutionary biology,” according to Professor Tomi P. Mäkelä, director of the Helsinki Institute of Life Science (HiLIFE) at the University of Helsinki. Up-and-coming areas of expertise include stem cell metabolism, regenerative biology, neuroscience and computational biology, he added.

Discoveries are made in the interface of disciplines

Research at HiLIFE includes topics in health, food and the environment and the institute also strives to provide an environment attractive to innovative, accomplished scientists. ”We have a very strong program in foods; we have a big interest in developing foods in the vegetarian area,” Mäkelä explained. “We [also] have a belief that the best scientific discoveries are made in the interface of disciplines. We are trying to put together people from different disciplines.”

HiLIFE has more than 100 principle investigators and a budget exceeding 50 M€ and also houses the Institute for Molecular Medicine Finland (FIMM), the Institute of Biotechnology and the Neuroscience Center.

In human genomics, a new project called FinnGen is one of the biggest health science research efforts underway in Finland. It connects registries with genetic data from the population and utilizes samples from nine biobanks. The data will be analyzed and used to help guide health care, target treatments and develop new drugs.

Seven big pharmaceutical companies are collaborating on FinnGen, according to Carmela Kantor-Aaltonen, director of Finnish Bioindustries (FIB), Finland’s biotechnology industry association. About 500 000 samples, representing 10 percent of Finland’s population are scheduled to be collected by the end of 2023. The genome data produced during the project will be owned by the Finnish biobanks, and remain available for research purposes. Any medical breakthroughs that arise from the project could benefit health care systems and patients globally. 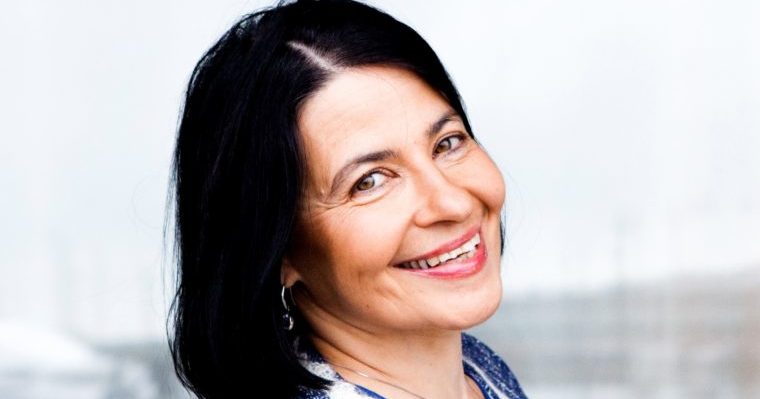 “The study will deepen the understanding the origins of big diseases and their treatment,” noted Kantor-Aaltonen. “There also will be a large collaboration with Finnish pharmaceutical companies. The companies can use the data for drug discoveries.”

The project is part of a national health strategy that includes a national cancer center scheduled to be built in Helsinki in the near future, Kantor-Aaltonen said. “It will be one place where researchers can collect all the data, so cancer treatments can be more equalized and knowledge and treatments can be available all over.”

Among other goals of HiLIFE and FIB have been to attract more private funding for life science work, especially from overseas. “Research has been mostly dependent on public funding, but recent efforts have led to increasing collaboration between public and private sectors,” Mäkelä said. “Within HiLIFE and especially FIMM there has been a rapid growth in business collaborations, especially in the areas of individualized systems medicine in cancer and Finnish Genomes.” Investors have been drawn to the individualized systems’ medicine by new approaches to screen drug sensitivities from hematological malignancies, he added. Those approaches are now expanding to solid tumors, thanks to help from the growing biobanks, and new national funding instruments such as the flagships continued Mäkelä.

Having a well-educated, technology-savvy and engaged population in Helsinki and throughout Finland facilitates this type of research, she noted. “The typical attitude of the Finnish people is that they are very positive toward research, such as the data collected and owned by the Finnish biobank,” according to Kantor-Aaltonen. “In the end, it will benefit the health care system and patients.”

Helsinki also is the country’s hub for digital health data analysis and boasts outstanding hospitals. ”The digital health records and big data are being developed as a ’datalake’ at the Helsinki University Hospital, which ranks in the top five hospitals in Europe,” Mäkelä noted.

Blueprint Genetics: The company offers advanced genetic testing for patients and families with rare inherited diseases and prepares reports that include potential treatments while pointing out any risks the disease might present to the patient.

BC Platforms: The company, founded in 1997, offers a “genomic data management platform that enables flexible data integration, secure analysis and interpretation of molecular and clinical information,” according to the company.

VALO Therapeutics: VALO TX is a developer of a novel cancer immunotherapy that potentially could transform the lives of millions of cancer patients. Its unique approach to immunotherapy, based on an oncolytic virus non-covalently combined with tumor-specific peptides, delivers a highly immunogenic and rapidly adaptable tumor vaccination platform.

Rebel and Oslo Cancer Cluster Incubator have started a collaboration to tighten the ties between cancer research and information technology. Rebel connects information technology- and software developers in the centre of Oslo. Since the hub opened last autumn, they have experienced that the need for technological competencies in Oslo is…