The Nobel Prize in Chemistry 2019 was awarded jointly to John B. Goodenough, M. Stanley Whittingham and Akira Yoshino “for the development of lithium-ion batteries.”

This lightweight, rechargeable and powerful battery is now used in everything from mobile phones to laptops and electric vehicles. It can also store significant amounts of energy from solar and wind power, making possible a fossil fuel-free society. Lithium-ion batteries are used globally to power the portable electronics that we use to communicate, work, study, listen to music and search for knowledge. Lithiumion batteries have also enabled the development of long-range electric cars and the storage of energy from renewable sources, such as solar and wind power.

Paved the way for pacemakers

Lithium ion batteries have also paved the way for pacemakers. In 1972 the first lithium-ion battery powered pacemaker is installed in an anonymous patient, setting the standard for improve battery life. 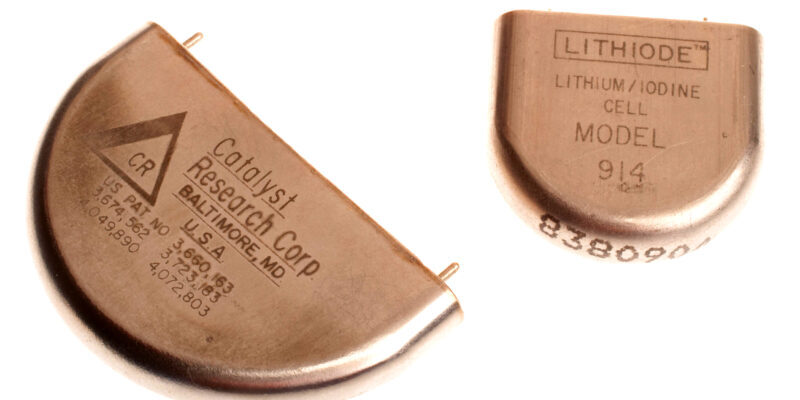 In the 1970s, the CIA shared research it had done on lithium-iodine batteries with the medical community. This same technology is used in heart pacemakers today. Photo: Lithium-Iodine Battery – Flickr – The Central Intelligence Agency

John B. Goodenough, born 1922 in Jena, Germany.  Ph.D. 1952 from the University of Chicago, USA. Virginia H.  Cockrell Chair in Engineering at The University of Texas at Austin, USA.

Men have a shorter lifespan than women and Uppsala University researchers might have an explanation. Why do women tend to live longer than men? Why do men have higher cancer risks than women? Research led by Professor Jan Dumanski and Assistant Professor Lars Forsberg, Department of Immunology, Genetics and Pathology,…

Scientist from Uppsala University has discovered a specific host protein that many viruses use for their transport within the cell. With modern DNA sequencing technologies it is relatively easy to identify all genes coding for proteins in an organism but it is often much more challenging to really understand the…

The Nobel Prize in Physiology or Medicine 2013

The Nobel Prize in Physiology or Medicine, announced today, was awarded jointly to James E. Rothman, Randy W. Schekman and Thomas C. Südhof “for their discoveries of machinery regulating vesicle traffic, a major transport system in our cells”. The 2013 Nobel Prize honours three scientists who have solved the mystery…

Last thursday, over 20 healthcare stakeholders, experts and politicians gather in Stockholm for a round table discussion on increasing collaboration on cross-border cancer research and innovation between Sweden and the United States, in order to improve patient outcomes. The roundtable was hosted by the U.S. Ambassador Azita Raji and the Swedish…