Research scientists and investors need each other, but communications often are awkward. While research needs funding, scientists generally are more comfortable in their labs than making a pitch to investors. Investors want to get behind promising, innovative products, but may lack the scientific knowledge to know if an idea has potential. That’s why Jim Van heusden, PhD, a former research scientist turned entrepreneur with a record of successfully setting up biotech companies and securing funding, was just what Sweden’s Karolinska Development was looking for. It hired him as CEO in March.

“We are happy to welcome Jim Van heusden as CEO,” said Karolinska Development’s Chairman Bo Jesper Hansen. “Jim has with his background as a venture capital entrepreneur an extensive international experience of fundraising and deal-making in the biotech industry, as well as a deep knowledge of drug research and development. This is a perfect combination for Karolinska Development, where innovative financing solutions continuously are important for the successful development of the portfolio companies.”

Karolinska Development selects commercially attractive life science proposals that could address unmet medical needs, nurtures those innovations to the point where the greatest return on investment can be realized and then commercializes the innovations by selling companies or out-licensing products.

“I thought it was a great opportunity for me,” Van heusden said about joining Karolinska. “I have access to world-class science, including Nobel Prize winners. There are some challenges, but we are looking for ways to put them on the right track using my investment background. They [Karolinska’s Development board] have a willingness to take it in the right direction. You need to be able to translate science into real business cases and be able to create value for that; attract the right management team; and then all of these ingredients will then generate good returns for investors.

Because life sciences is a long-term business, it helps to have a network of investors on which to rely, he added. “I have the best of both worlds; I manage Karolinska, and I’m still involved with other companies through investments.”

One of Van heusden’s priorities since taking over has been to trim and focus Karolinska’s portfolio. He reduced the number of companies in it from 21 to 12. In July, for example, Karolinska divested its entire shareholding in Pharmanest AB, a company developing products for local pain relief in obstetrics and gynecology, to a consortium consisting of The Foundation for Baltic and East European Studies, as an earn-out agreement.

“They [Karolinska] had a very big portfolio and were doing everything themselves, and not working with other people,” Van heusden said. “They managed a whole bunch of different companies.

“There are all the ingredients to be successful,” he continued. “It’s better to focus a lot more on investment case, have a clear investment strategy, make difficult decisions in order to get a more focused portfolio and think about ways to get the best value for your shareholders.”

Currently, Karolinska is focusing on orphan drug companies and one of our portfolio companies, Aprea, is working on a drug to combat ovarian cancer, based on cutting-edge science from Karolinska Insitute.

He sees his role as a leader to provide the guidance, vision and strategy needed to move the company forward and encourage people to pursue their own ideas. “When people are convinced where you can go, you can get the best out of people,” Van heusden said. “I want to show that we can become the leading Nordic venture capital institute. We don’t need followers; we need to create more leaders.”

A talent for starting up biotech firms

As a young scientist, Van heusden wanted to develop drugs that could stop some of the world’s most dreaded diseases. He spent a number of years working in research, including serving as the senior scientist of the Oncology Division at Janssen Pharmaceuticals NV, in Belgium. Van heusden worked on the research management committee during a collaboration with the U.S. company Rigel Pharmaceuticals, launching a number of research projects over a four-year period. He also spent several months working at Rigel Pharmaceuticals by way of a special assignment from Johnson & Johnson, in San Francisco, California, in the U.S. “I was very much energized by the place and excited by the whole atmosphere of biotech energy,” Van heusden said.

After several years working in research, an opportunity arose to move to the business side of the biotechnology industry, and Van heusden discovered while working on his own and at other companies that he had a talent for starting up biotech firms and attracting investors for them, giving them a chance to achieve medical breakthroughs.

He began his career at Gimv in Belgium as investment manager in 2001 and was a Partner of Gimv. As an executive investment manager at Gimv NV, Van heusden focused on investments in the life sciences sector. He also founded his own company, bioskills, and helped scientists develop business plans.

“At first, I wanted to discover new drugs, but you need a lot of time and success to develop new successes,” noted Van heusden. “Through investing, I like to see companies make investments that bring new drugs, and that brings me pleasure.”

The next great thing

What Van heusden hopes to see in the near future is Karolinska assuming the role of the top developer of life sciences’ innovations. “I really see us as a leading Nordic venture capital player,” he said. When scientists want to create a new company, the first thing I want to come in their minds is, ‘let’s go to Karolinska.’ That’s my real drive; not just to be the local hero. A lot of people know Karolinska, but not what Karolinska Development has been doing. Now that we made the change to a venture capital company, certainly by achieving that, people will start noticing what’s going on in the Scandinavian region and people will be looking here for the next great thing.” 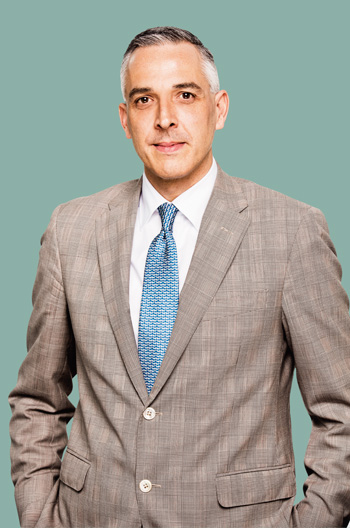 Hobbies: “I like road cycling, it clears my head while seeing some nice places and is relaxing when I cycle along water. I also love to watch races like Tour of Flanders, that’s really the top event of the year. In winter I like to watch Cyclocross – ‘live’ – I like to go there, walk around the parcours and enjoy the atmosphere. I also enjoy cooking, particularly barbecues!

Personal role models: “I admire cyclists, such as Tom Boonen and Cancellara, and Cyclocrossers like Sven Nys, because they take their job very seriously, train for it every day and sacrifice a lot to be the best and after some setbacks, they come back and become even better.”

Business role models: “I admire entrepreneurs, such as Steve Jobs; people who create new things out of nothing, have great strategies and can really disrupt things with a drive and energy that makes you happy; people who know where they want to go and solve the issues along the way when they come along.”

Jan-Olof Jacke is the new CEO of Svenskt Näringsliv

Yesterday, the Confederation of Swedish Enterprise (Svenskt Näringsliv) held a press conference where they presented Jan Olof Jacke as their new CEO. “Swedish Enterprise has a central role as representative of the business community, but also a unique task as voice for all the entrepreneurs, entrepreneurs and industries yet not…

Ironically, there is less serendipity in the success Saeid Esmaeilzadeh and Ashkan Pouya have achieved as business-makers than there is traditional hard work. The two long-time friends, who came to Sweden with their families as children after fleeing Iran, co-founded Serendipity Innovations, a company that develops businesses with innovative technologies…

As the new head of Pfizer’s Swedish organization, Malin Parkler’s plan is to take past professional experience, multiple perspectives and the strength of collaborative leadership to lead the company forward in the fluctuating world of pharmaceuticals. Malin Parkler assumed the post as Country Manager of Pfizer Sweden this spring, taking…