Scientists at deCODE genetics and Iceland’s Directorate of Health and the National University Hospital has published a population-based study of the early spread of the SARS-Cov-2 virus, causing COVID-19 disease, in Iceland.

The aim of the study was to provide a as comprehensive view as possible of how the virus spreads in a population, in this case one of 360,000 and implementing early and aggressive testing, tracking and isolation measures to contain the epidemic, states deCODE.

“In attempting to carefully map the molecular epidemiology of COVID-19 in Iceland we hope to provide the entire world with data to use in the collective global effort to curb the spread of the disease,” said Kari Stefansson, CEO of deCODE genetics and a senior author on the paper.

The new results has been published in the New England Journal of Medicine.

Roughly 0.8% of the population at large is infected

The results show that roughly 0.8% of the population at large is infected with several strains or clades of the virus supporting the concern that silent carriers spread the disease. This suggests that while the efforts of the public health system have been effective so far in mitigating the spread to date, more data, including massive population screening, will be key to informing efforts to contain the virus in Iceland in the long run.

“More data, including massive population screening, will be key to informing efforts to contain the virus in Iceland in the long run.”

The study builds on combined targeted testing and population screening at more than 60,000 tests/million at April 4, the stop date for the data in this study; an additional 4,000 tests/million have been conducted in Iceland every day since that time.

“It is amazing to see how the community is coming together as one to deal with this threat. Here at deCode people are working 24/7 to screen for and to sequence the virus. The screening tells us where the virus is and the sequencing how it differs between the places where it is and how it continues to mutate”, said Kári Stefánsson, CEO of deCode. 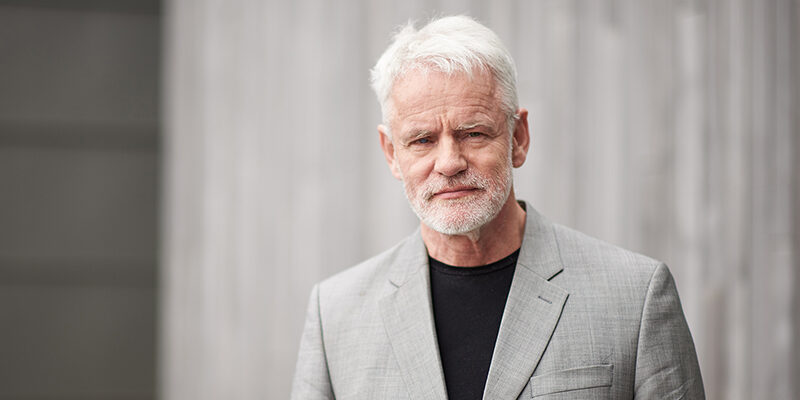 Children and women are somewhat less susceptible than men and adults

Icelandic health authorities began testing those returning from high-risk zones (mainly ski resorts in the Alps) and with likely symptoms in the beginning of February, a month before identifying the first SARS-Cov-2 infection on February 28.

As of April 4, this targeted testing had identified 1221 cases from among 9199 symptomatic individuals and their contacts. All confirmed cases were placed in isolation and their contacts traced and put in 14-day home quarantine. To complement this testing and provide a view of the spread of the virus in the general population, on March 13 deCODE began testing volunteers who signed up for free screening.

By April 1, 10797 people had been screened in this effort, with 87 (0.8%) testing positive. From April 1 to April 4, an additional 2,283 randomly selected individuals were screened, with 13 (0.6%) testing positive. Analysis of the combined testing data suggests that children and women are, in general, somewhat less susceptible to SARS-Cov-2 infection than men and adults. 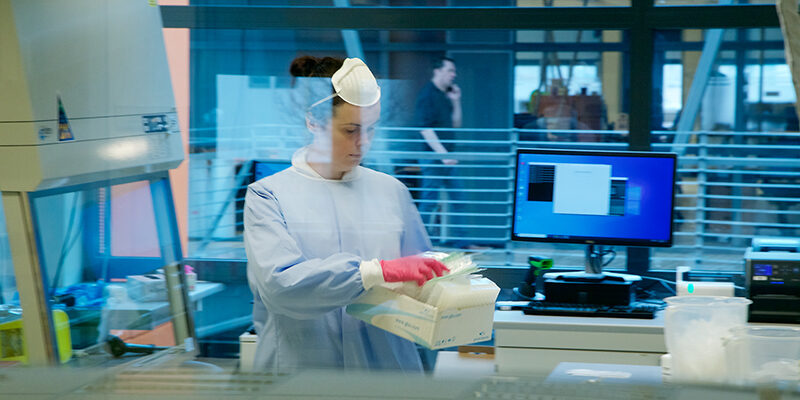 291 mutations that have not been identified elsewhere

deCODE sequenced the virus from 643 individuals and drew a family tree of the different haplotypes (strings of sequence variants) found. Analysis of sequence data reveals that the haplotypes of the virus detected in the early targeted testing were almost entirely of the A2 clade originating in Austria and Italy and entering Iceland with people returning from skiing holidays. By contrast, the cases identified in the more recent targeted testing and in deCODE’s population screening show that various haplotypes of the A1 clade prevalent in countries such as the UK had become more common, and that there is now a wide and growing variety of haplotypes present in the population.

This suggests that the virus entered Iceland from many countries, including those that were then deemed low-risk. Currently 291 mutations have been found in the country that have not been identified elsewhere. One of the utilities of the sequencing of the virus  is that it makes it possible to track the contacts and additional infections coming from confirmed cases. These data, and the fact that the majority of new infections are coming from those already in quarantine, underscores the general efficacy of public health efforts to track and isolate these contacts and further control the spread of the virus.

“To bend the curve of this pandemic as quickly as possible, we need scientifically accurate information on how COVID-19 spreads in communities,” said Robert A. Bradway, chairman and chief executive officer at Amgen.  “I believe deCODE’s swift response to this emergency and the insights they have generated will give give the rest of the world a stronger scientific foundation for public health decisions.”

Iceland, which has a population of around 364,000, has the unique position of having very high testing capabilities with help from the Icelandic medical research company deCODE Genetics, who are now performing large scale testing.

“This effort is intended to gather insight into the actual prevalence of the virus in the community, as most countries are most exclusively testing symptomatic individuals at this time,” said Thorolfur Guðnason, Iceland’s chief epidemiologist.

“Our number one priority is to limit the damage of the pandemic to the health of our citizens and to our social and economic infrastructure. We have followed the policy of adhering to the best available advice of the medical community in Iceland. The large scale testing by deCode Genetics among the general population will hopefully inform improved decision making throughout the current crisis, and more importantly, serve a useful purpose for how the world prepares for similar events in the future,” says Svandís Svavarsdóttir, Minister of Health.

Uppsala-based biotech company Mercodia donates a robot to KTH and SciLifeLab in an effort to speed up the COVID-19 testing. The analysis robot is a Tecan Freedom EVOlyzer with the capability to automate sample analysis and thus increase the capacity for testing. It was donated with the help of the…

The University of Copenhagen spin-out company Immunitrack is utilizing its cancer vaccine technology to fight COVID-19. Since the company was founded five years ago it has developed a novel type of peptide Major Histocompatibility Complex (MHC) assays that looks at the actual stability of the peptide MHC complex. Sune Justesen,…