“Often when an asthma patient is not doing well, their doctor or emergency doctor want to try something new or prescribe a new inhaler,” explained Ljungberg, a pediatric pulmonologist. “Patients end up with lots of inhalers but don’t have the right decision-making tools for how and when to use them. I saw a large number of asthma patients with very similar characteristics, but I had to spend a lot of time with each patient helping them to sort out what information that they had been given previously was actually important to them, and how to act on it.”

A company and an app

Ljungberg and Nordlund, a nurse specializing in pediatrics and a research group leader in the area of asthma and allergic diseases at Karolinska Institute in Stockholm, founded their company MediTuner in 2014 and developed AsthmaTuner, an app patients download on their phones. AsthmaTuner enables patients to test their lung function and report findings to a clinician. The data is analyzed and patients receive treatment information based on their current condition. The treatment plans are based on international guidelines. The app also allows patients to keep track of their condition, symptoms and treatments.

In obvious need of digitalization

One of the most common chronic conditions, asthma affects up to ten percent of the Swedish population, Ljungberg said, and yet in many cases a comprehensive treatment approach is lacking. “Each patient is entitled to a written treatment plan specifying which inhaler to use and when, but studies show that only eight percent of patients actually get one,” he added. “The whole situation was in obvious need of digitalization and our whole idea is to simplify things for everyone and to make up-to-date asthma treatment available to all patients.”

“The whole situation was in obvious need of digitalization”

The successful implementation of digitalization in other areas of daily life, such as banking and shopping, made Ljungberg think health care was the next logical choice. “But the challenge is finding the areas of health care best suited for digitalization,” he continued. “I work in a traditional hospital clinic setting, but believe that we constantly have to question what we do and why.”

You can’t do everything by yourself

AsthmaTuner appears to be making a difference; MediTuner published its first study in September in the European Respiratory Journal indicating that AsthmaTuner supports self-management and improved outcome in patients with uncontrolled asthma, added Ljungberg.

Looking back to when they started MediTuner and developed the app, Ljungberg said he can recall several things they could have done differently. “Everything takes longer and costs more than you think,” he said. “Trust in other people’s competences, you can’t do everything by yourself.  Build a team that can realize your ideas.”

Also, knowing your own strengths and weaknesses is critical, he noted. “For me, with no experience in tech development, I found it very hard to find and engage a tech team, and it wasn’t until this happened that AsthmaTuner could be released commercially,” Ljungberg said. “Now we have a team with people from tech development, business, health care and research and it’s great.”

You have to benefit everyone

The problem some digital health entrepreneurs encounter is that they begin with a device rather than looking for a need, Ljungberg said. “Many companies are started around a product and then they try to find an application within healthcare,” he continued.

“Patients have to love it as much as doctors and nurses, and of course, it has to be cost effective”

“That’s like trying to solve a problem that doesn’t exist. Most important is to actually find someone who knows the processes that would benefit from being digitalized in the field that you are interested in. This problem- solving approach is more expensive, but also makes for a better product and it will be easier to do clinical studies. To be successful, you have to benefit everyone. Patients have to love it as much as doctors and nurses, and of course, it has to be cost effective. But at the same time you have to be pragmatic and start off with the minimum viable denominator.”

A great testbed for new products

The digital health field continues to expand and evolve in Sweden and the other Nordic countries, he added.

“There is so much going on and the ecosystem has started to take shape,” according to Ljungberg. “It is a great testbed for new products. Patients and health care [providers] are interested, but many big health care providers are still wary and uncertain how to interpret regulatory requirements.”

A long-term goal for MediTuner is for AsthmaTuner to be the first choice solution when it comes to effective asthma care, diagnosis and improving inhalation technique, added Ljungberg. “We plan to continue to improve the lives of asthma patients and caregivers, and to find the new paradigm-shifting ideas that will change peoples’ lives,” he said.

“Never underestimate what your work can do; we get so much incredible feedback from patients, nurses and doctors about how we affect their lives, and it really makes the work worthwhile.” 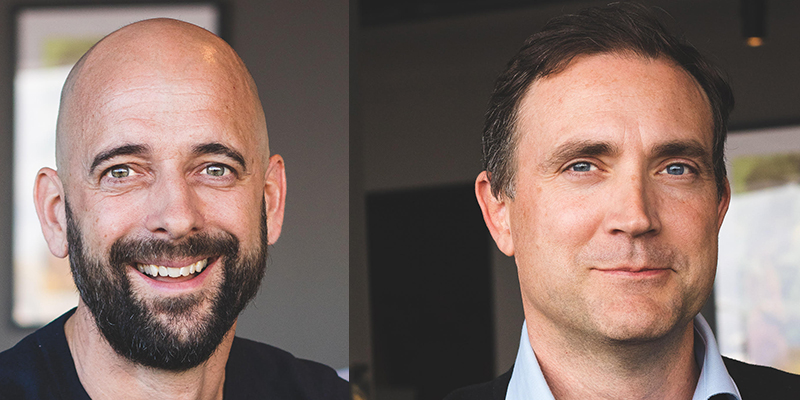 The medtech startup, NADMED, reveals the secrets of the human body at a metabolic level. The company’s technology is based on an invention created in Professor Anu Wartiovaara’s team at University of Helsinki. After years of rigorous studies, NADMED presents a solution which allows more profound and faster study of…

​OssDsign has signed an agreement with Matador Medical Inc. to act as its master distributor in the US market. OssDsign recently announced FDA 510(k) clearance of OSSDSIGN Cranial PSI, a patient-specific medical implant intended for reconstruction of cranial defects. Matador Medical was founded and is led by Paul Byerley, who…

In focus: Medtech innovations in the Nordics