“The life science industry in the region has links back to the agricultural industry and breweries, such as Carlsberg, creating part of the technological fundament for today’s companies including LEO Pharma (founded in 1908), Lundbeck (founded in 1915) and the Novo group of companies (founded in 1923). Swedish Astra (founded in 1913) played a similar role in Southern Sweden until it merged with British Zeneca in 1999 and in 2010 decided to relocate research operations to Gothenburg, Cambridge and Gaithersburg,” says Søren Bregenholt, Chairman of the Board at Medicon Valley Alliance (MVA), a Danish Swedish networking organization for the entire life science community in Greater Copenhagen.

Søren Bregenholt, Chairman of the Board at Medicon Valley Alliance

“Collaborations between industry and the universities also go back some 100 years. Over the years the industry and academia have reinforced each other. And today, the life science industry is the region’s key growth industry expected to experience continuous growth in the coming decades,” he adds.

Collaborations between industry and the universities also go back some 100 years. Over the years the industry and academia have reinforced each other. And today, the life science industry is the region’s key growth industry expected to experience continuous growth in the coming decades.”

Bregenholt adds that the inauguration of the Øresund Bridge in 2000 was a defining moment, making it possible to conceptualize the Medicon Valley region and literally bridge what used to be a relatively small Swedish cluster centered around Lund University and AstraZeneca, and a medium-sized cluster centered around the University of Copenhagen and some of the country’s pharmaceutical companies.

Transform a crisis into an opportunity

Medicon Valley is today home to several state-of-the-art research facilities and offers unique cross-border collaboration opportunities. A total of 58 percent of those working in the Danish and Swedish life science sectors actually work in Medicon Valley (2016). Life science in the region employs more than 42 000, and in Denmark alone life science generates income and corporation tax worth 16.3 billion DKK (data from 2016). As many as 68 percent of those working in industry work for the pharma industry, whilst medtech companies provide employment for 17 percent.

“During the last 20 years the cluster has gradually matured and grown surpassing the Stockholm-Uppsala region, and has established itself as the key gateway to Nordic life science,” states Bregenholt, who goes on to give an example of the cluster’s true value.

When AstraZeneca decided to close their branch facilities in Lund, the setback was to a substantial degree mediated by the booming export-driven Danish life science industry, that was able to absorb some of the highly qualified lay-offs resulting from the closure.

“The existence of a critical mass of life science infrastructure and dedicated public investment furthermore served to help transform a crisis into an opportunity, and today Lund, and Skåne in general, is a key center of life science innovation and entrepreneurship generating growth and employment, with partner potential for not only Danish but also European life science,” Søren Bregenholt says.

A period of passage

The region still holds a position as Scandinavia’s leading life science cluster, but compared to previous years the growth rate has slowed. For example, growth rates from Danish pharmaceutical exports fell to 1.25 percent in 2017, primarily due to a 13 percent drop in exports to the important U.S. pharmaceuticals market. In addition, the largest Danish life science companies cut back employee numbers in Medicon Valley by 400 people between 2016 and 2017, and as reported in this issue, Novo Nordisk has announced additional cutbacks in 2018.

However, in a recently published State of Medicon Valley analysis by MVA a review of the developments in the region shows that this is more of a period of passage, where businesses are adapting to meet new opportunities and challenges. For example the number of patent applications for life sciences submitted to the EPO by Danish businesses increased by 15 percent between 2016 and 2017, and in Sweden applications increased by six percent.

“The region is in a period of transition,” stated Petter Hartman, CEO of MVA, in the report. “Now is no time to rest on laurels,” he states. “For example the region has produced research breakthroughs in personalized medicine, gene therapy and biopharmaceuticals, and dividing lines to new sectors are being dissolved with new digital health solutions and artificial intelligence.”

“The long history of industry-academic partnerships and state-of-the-art R&D has paved the way for the current strongholds, which include, but are not limited to, endocrinology, dermatology, infertility, allergy, oncology and CNS-related diseases. This is directly reflected in the pharmaceutical and biotech industry here,” says Bregenholt. “In addition, the region has a number of high-tech pharmaceutical and industrial enzyme manufacturing facilities leveraging the strong technological fundament and educated work force in the regions. This is often overlooked, however it means that life science in the region covers the full value chain, from basic research to industrial manufacturing, which is rather unique.”

The long history of industry-academic partnerships and state-of-the-art R&D has paved the way for the current strongholds, which include, but are not limited to, endocrinology, dermatology, infertility, allergy, oncology and CNS-related diseases. This is directly reflected in the pharmaceutical and biotech industry here.”

And the region is far from eventless. For example, the science parks Medicon Village and Medeon are both expanding, and DTU Science Park is scaling up with a new incubator, called Futurebox.

Three unique research institutions are also taking form in the region, all of them believed to be of great importance to life science research in future and business’ innovative strengths. One of these is the BioInnovation Institute (BII) in Copenhagen, founded by the Novo Nordisk Foundation and with a budget of 392 million DKK. The main focus of the Institute is interdisciplinary ideas in medical technology, pharma and biotechnology and it offers modern facilities, various funding opportunities and partnerships and programs with technical, scientific and commercial experts. 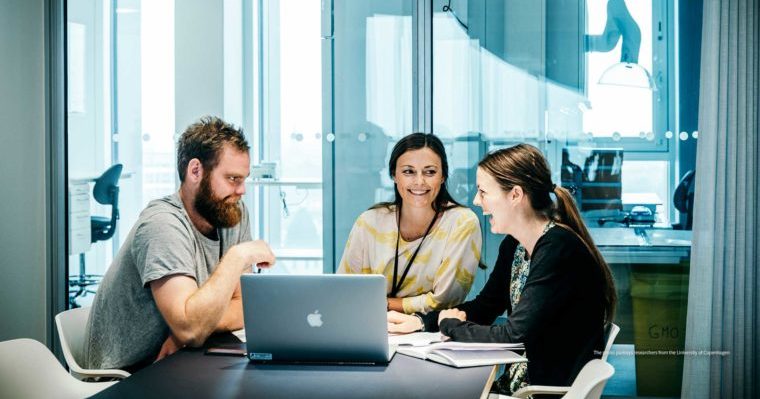 The other two are the European Spallation Source (ESS) and MAX IV, both located in and around Lund. ESS is one of the largest science and technology infrastructure projects being built today. The facility will include the most powerful linear proton accelerator ever built, a four-tonne, helium cooled tungsten target wheel, two dozen neutron instruments, a suite of laboratories and a supercomputing data management and software development center. Life science researchers could for example benefit from the ability to study neutrons here – ideal probes for the study of biological samples. Instruments will range from single-crystal diffractometers to small-angle neutron scattering instruments. Initial operations will begin in 2019. 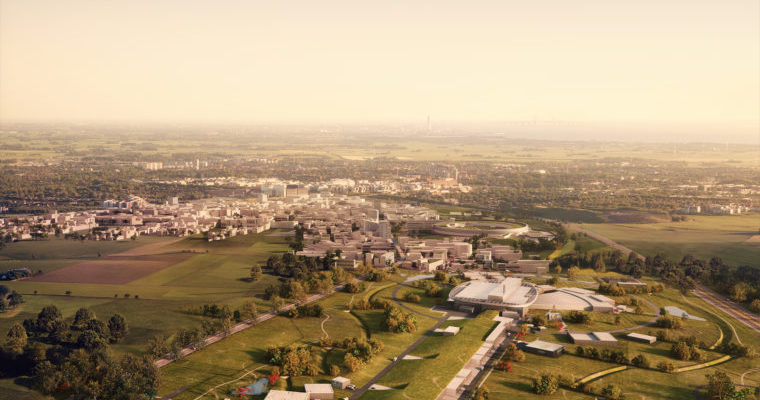 MAX IV, inaugurated in 2016, is a Swedish national laboratory providing the highest quality of X-rays available to scientists, enabling examination of molecular structures and surfaces in far more detail than before. It allows scientists to develop new materials and products, such as medications with better and more precise functions and fewer side-effects.

There is of course also room for improvement and one thing highlighted in the MVA report is more collaboration, for example through targeted research funds for transborder collaborations and joint educational training for students to meet and get to know each other.

Kerstin Tham, Vice Chancellor at the University of Malmö, suggests for example that the region outlines a common life science strategy. “A strategy in diabetes, for example, could help create a strong profile for the region both nationally and internationally,” she states in the MVA report.

Bregenholt mentions the publicprivate Danish-Swedish partnership ReproUnion as a great example of crossborder collaborations, where academia, hospitals and industry from both countries are working to develop and position the region as a world leader within fertility treatment and R&D.

The region is also home to around 1 500 life science companies, and uniquely, it has four large life science companies that are all run by industrial foundations. The Novo Nordisk Foundation, the Lundbeck Foundation, Dr. Frederik Paulsen Foundation and the LEO Foundation control the ownership of the cluster’s largest companies, Novo Nordisk, Lundbeck, Ferring and LEO Pharma. This kind of ownership prevents acquisitions and secures the companies continued presence in the region in the future. It also means that company management can act with a long-term perspective. Some of the foundations also invest in new biotech companies and make large donations to universities and innovation systems.

Just as in the whole cluster, these four experienced players are also undergoing transitions right now. For example, LEO Pharma is investing in biopharmaceuticals, potential gene therapies and digital solutions, aiming to become a global leader in dermatology. Novo Nordisk is also investing in new technologies and therapies, such as stem cell therapies, and is experiencing a period of R&D restructuring. Their greatest challenge since 2016 has been payer pressure on the American market, forcing personnel cutbacks, and the most important long-term change for the company is that its diabetes drug Ozempic has been approved and is expected to be used for the treatment of other disorders in the future. Ferring and Lundbeck are also in renewal phases. Just like Novo Nordisk, Lundbeck has had a series of cutbacks and has now entered a phase where old patents for bestselling products are expiring and new products are being introduced. Ferring is aiming to completely transform the company within ten years with new research platforms and collaborations.

“The region is also home to 300 biotech companies, roughly evenly distributed between the Danish and the Swedish parts of Medicon Valley. Taking the different sizes of the two parts of the region into account, this testifies to a very substantial and quite impressive entrepreneurial activity in South Swedish life science,” says Bregenholt.

Some of the largest biotech companies are Zealand Pharma, Genmab, Bavarian Nordic, Alligator Biosciences and Camurus. Medtech companies in the region include Coloplast, Baxter, Arjo, Nolato Medical and Atos Medical.

Its strong position in Scandinavia also helps attract life science companies from abroad to the region. For example the Chinese drug company Zhejiand Jiuzhou Pharmaceuticals is establishing its European headquarters in Hørsholm, and the second largest pharma company in Japan, Daiichi Sankyo will open its Nordic headquarters in Copenhagen. 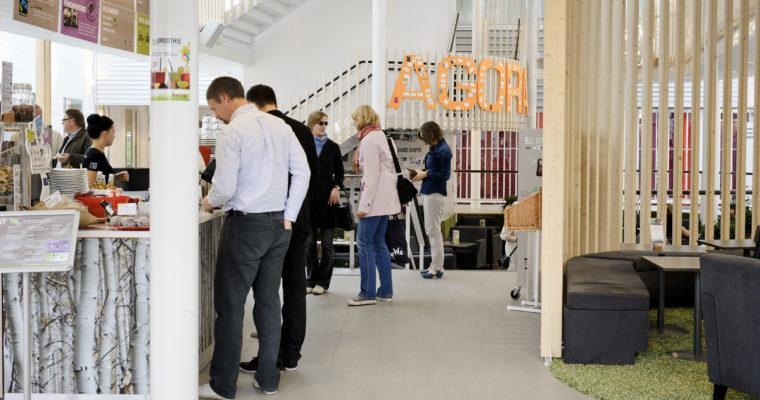 Medicon Valley is home to five science parks that completely or significantly focus on life science. One of them is Ideon in Lund, Sweden’s first science park that celebrates 35 years of innovation this year. Photo: Kennet Ruona

A consultant and his colleague at the laboratory department at the University of Southern Denmark discovered bacteria they had never seen before in a sample taken from a patient with blood poisoning.  “We ran a number of comprehensive DNA analyses in an attempt to find out what we had found,”…

Shares of Ardelyx dropped in after-market trading earlier this week after the AstraZeneca partner acknowledged that its lead drug tenapanor was unimpressive in a Phase IIa study. Ardelyx, based in California, says that tenapanor missed the primary endpoint among 154 patients with Stage 3 chronic kidney disease (CKD) and Type…