Massachusetts Institute of Technology (MIT) in the US has produced more than its share of engineers and computer scientists, but unlike many of his peers, alumnus Dr. Robert Langer, ScD, turned his chemical engineering skills to medicine, becoming one of the world’s leaders in perfecting effective drug delivery systems.

Robert Langer, one of 12 Institute Professors at MIT (an Institute Professor is MITs highest honor), received the 2019 Dreyfus Prize in the Chemical Sciences in September, for Chemistry in Support of Human Health. The biennial prize included a $250,000 award. Considered one of the most prestigious awards in chemistry, Langer is the first chemical engineer to win.

He was recognized for his work with tissue engineering and developing drug delivery systems through the Langer Lab at MIT. These drug delivery systems “have had a transformative impact on human health through the chemical sciences,” states the Camille and Henry Dreyfus Foundation. “He has been cited as one of history’s most prolific inventors in medicine and biochemistry. The drug delivery technologies that he invented have been lauded as the cornerstone of that industry, positively impacting hundreds of millions of people worldwide.” 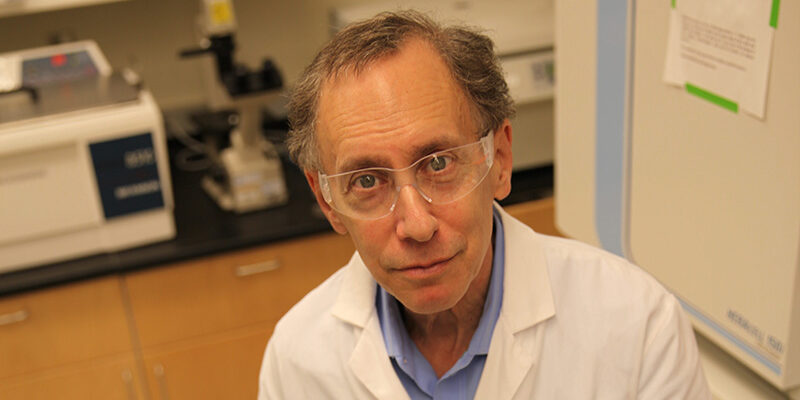 His projects have also been cited more than those of any other engineer in history, according to MIT. Langer’s patents and patent applications total almost 1,400 globally, and they have been licensed or sublicensed to more than 400 pharmaceutical, chemical, biotechnology and medical device companies, the University notes. He has refined a process of converting research into a product more quickly and efficiently than most. Perhaps just as important as the products Langer has created is the living legacy; the scientists, CEOs, clinicians, academics and researchers he has mentored and sent into different industries.

“Dr. Langer’s unparalleled accomplishments are due to his unique combination of brilliance, vision, drive and compassion toward others.”

“I cannot think of anyone deserving this great honor more,” says Dr. Alexander M. Klibanov, Novartis Chair and Professor Emeritus of Chemistry and Bioengineering at MIT, who has been a friend and collaborator of Langer’s for more than 40 years. “Dr. Langer’s unparalleled accomplishments are due to his unique combination of brilliance, vision, drive and compassion toward others.”

Making a difference to people’s lives

While doing postdoctoral research at Boston Children’s Hospital and Harvard Medical School with his advisor Judah Folkman, Robert Langer said he realized how much engineers could contribute to the field of medicine. “I’ve always been interested in seeing the work we do make a difference in people’s lives,” he said. “Isolating the first inhibitors of blood vessels, [for example], would turn out to lead to totally new drugs to treat cancer and eye diseases for children and adults worldwide.” After his post-doctoral studies, Langer began his work with biomaterials at MIT, including drug delivery systems and tissue engineering, which continues today.

“Drug delivery is at the interface of biotechnology and materials chemistry, with a strong focus on the study and development of polymers to deliver drugs continuously and at controlled rates for prolonged periods,” states MIT. The benefits of sophisticated drug-delivery systems is that medication can be applied to the affected site, such as a tumor; they have applications for treating cancer and many other diseases. One recent example involves super long acting pills or capsules that can potentially be used to treat malaria or improve birth control.

“When you couple that with a great intellect and an uncanny ability to see the practical application of fundamental advances, you get Bob Langer. There is really no one like him.”

Some of the commercial products that originated from the lab are being used to treat brain and prostate cancer, macular degeneration, and several mental health disorders including schizophrenia and opioid addiction.

“Bob is driven to use science and engineering to better people’s lives,” says Michael A. Marletta, CH and Annie Li Chair in the Molecular Biology of Diseases, in the Chemistry and Molecular and Cell Biology departments at the University of California, Berkeley. He and Langer met at MIT in 1979. “When you couple that with a great intellect and an uncanny ability to see the practical application of fundamental advances, you get Bob Langer,” continues Marletta. “There is really no one like him.”

An idea with high impact

The Langer Lab is “devoted to inventing novel medical devices for diagnosis and therapeutics,” according to its website. “We have also established several high-throughput screening platforms for new drug development and vaccine design to treat cancers and other diseases. Last but not least, we are interested in cell engineering via chemical and genetic tools for cancer immunotherapy and stem cell therapy.”

Tissue engineering work also is very active. “Clinical trials are ongoing in spinal cord repair, restoration of hearing, and creation of new blood vessels,” Langer says. “In addition, we’ve made real advances towards developing an artificial pancreas. There is a lot of other basic work going on as well.”

Langer has recently published eight papers in different Nature journals related to progress toward an artificial pancreas. Langer chooses projects based on whether the idea has a high impact either in basic science or technology development.  “The research gets done in our MIT lab. The development gets done in spin-off companies.” 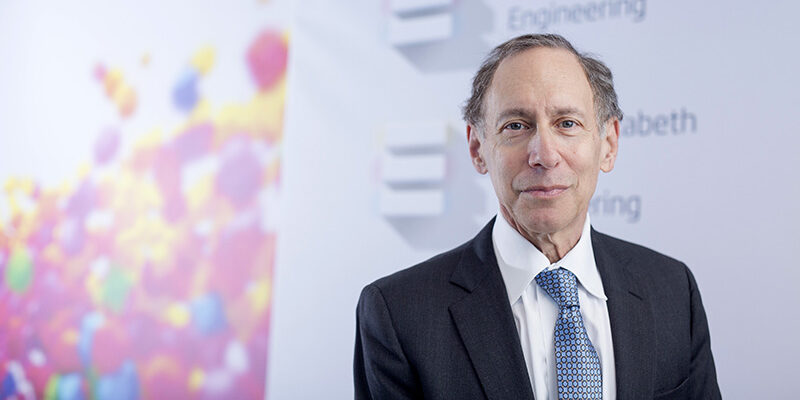 He has different criteria for determining whether a project is a success. “In the MIT lab, [it’s a success] if students learn or if we create knowledge or invent or discover something useful. In companies, [it’s a success] if products are developed or advanced and if investors get a financial return.”

Inspiring and being inspired

The accomplishments of his students are also a source of great pride for Langer. “I love playing a role in educating students,” Langer says. “I like helping them learn something new and inspiring them to see what they can do in science and math.”
Around 1,000 of his former students and post-doctoral students are becoming established leaders in academia, industry, and government, and nearly 400 are professors all over the world. “Many have started successful companies. Many have become CEOs and trainees. More than 40 of our trainees are members of different national academies around the world,” he adds.

His own early source of inspiration was his father. “He spent time playing math games with me and encouraging me,” Langer says. “He was a very positive person.”

Langer keeps busy learning himself, participating in events such as the Swedish-American Life Science (SALSS) Summit, organized by Swedish businesswoman Barbro C. Ehnbom. “It’s a fantastic meeting. I love everything about it; the talks, the boat rides, the people and the intersection of great science and business.” He finds Ehnbom inspiring. “She is amazing. I applaud all she does. Barbro is a terrific person. She is a force of nature,” Langer adds.

“Bob’s respect for human beings, his empathy toward human life, his devotion to his family and friends is simply remarkable.”

When not working, Langer enjoys spending time with his family – he is married and has three children – and his hobbies include exercise, sports and magic. “Bob’s respect for human beings, his empathy toward human life, his devotion to his family and friends is simply remarkable,” notes Marletta.

Langer also is exploring oral delivery systems for macromolecules such as insulin and creating nanoparticles to deliver genetic medicine. Langer states, “I want to come up with new ideas that will make a difference in the world, to translate those ideas into clinical practice and to train the very best biomedical and chemical engineers.”

The winner of the European Inventor Award 2016

In 2016, Robert Langer was announced as one of the winners of the European Inventor Award, in the category Non-European Countries. He received the award for his invention of biologically tolerable plastics used for targeted drug delivery.

“Langer’s invention of bioplastics has opened up a new approach to fighting some of the most aggressive cancers,” said EPO President Benoît Battistelli. “Anti-cancer drugs can be targeted towards tumors for maximum effect without damaging healthy tissue, and the applications are equally impressive in heart surgery and reconstructive medicine.”

Langer’s patented invention is the result of decades of dedicated research, describes the EPO. Already in 1971, Langer and fellow physicians at the Massachusetts Institute of Technology envisioned a delivery vector that would transport the drugs right where they are needed: the site of the tumor. At first, the scientific community met Langer’s bold vision with skepticism. But the scientist stayed the course. He spent almost 28 years perfecting the implantable bioplastics technology after publishing his initial findings. In the first two years alone, he experimented with over 200 polymer variations.

“My advice to young people is to dream big dreams and don’t give up on those dreams,” said Langer after the announcement of the European Inventor Award. “Do things that you love doing and also recognize that conventional wisdom is not always correct.” 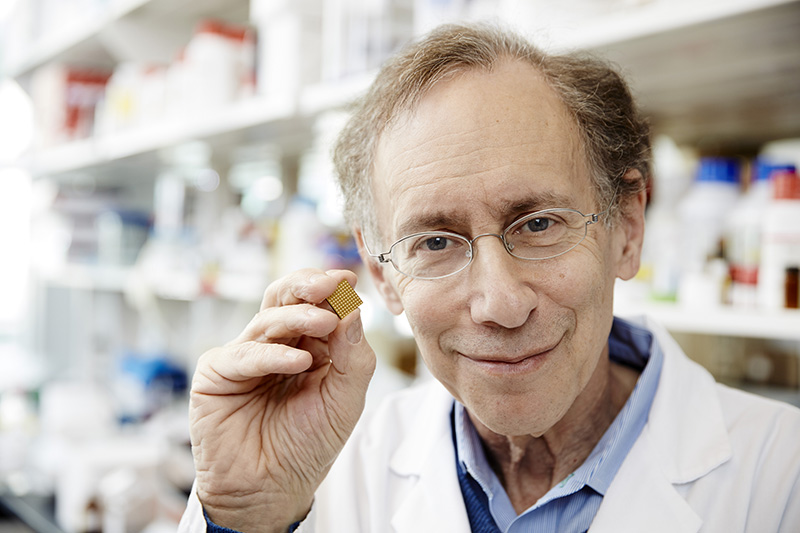 Being a scientist or an entrepreneur is hard enough. Doing both at the same time sounds like an Olympic sport. Swedish scientist and “serial entrepreneur” Dr. Mathias Uhlén, PhD., professor at KTH Royal Institute of Technology, though, makes it look easy. Not only has he founded more than 20 companies…

Ironically, there is less serendipity in the success Saeid Esmaeilzadeh and Ashkan Pouya have achieved as business-makers than there is traditional hard work. The two long-time friends, who came to Sweden with their families as children after fleeing Iran, co-founded Serendipity Innovations, a company that develops businesses with innovative technologies…

Experienced in engineering and global business, Peter Rosholm epitomizes Novozymes. Company loyalty can be scarce in the life sciences, but not among Novozymes leaders. “I’ve worked with the same company for 25 years,” says Novozymes Biopharma Vice President Peter Rosholm. “What attracted me is the same thing that attracts people…