The life science industry organization SwedenBIO pushed for stronger global collaborations on antimicrobial resistance (AMR) at the BIO International Convention in San Diego, U.S., earlier in June. The organization also strengthened the Swedish participation in the International Council of Biotech Associations (ICBA) by taking over the chair on AMR issues.

The AMR threat may not be visible to the general population, but the day when we no longer have antibiotics to treat basic infections will be the day when we will realize the full scope of the silent pandemic that has been evolving under the surface.

Like climate change, AMR is one of our major general threats. The problem with a slow-burning fire like AMR is that it is approaching gradually over a long period of time but has not yet hit us will full force. This makes it challenging to communicate the urgency of the issue.

SwedenBIO runs a taskforce for AMR, which has been working hard over the past year to address the multifaceted AMR issue. A couple of months ago, SwedenBIO joined the International Council of Biotech Associations (ICBA), which opened the door to push the AMR agenda further on the international arena. On June 12, SwedenBIO was selected chair of ICBA’s champions group on AMR – a task that will be shouldered by SwedenBIO’s representative Karoline Akerjordet, interim CEO of the Swedish company Pharmiva.

“The job here at ICBA in the champions group on AMR would be to bring global stakeholders and like-minded international colleagues to the table, create momentum behind the issue and facilitate global communications campaigns.”

ICBA’s Chairman of the Board, Oliver Schacht welcomed the Nordic addition to the organization and said:

“ICBA is a truly global network of national and regional biotech associations from North America, Europe, Asia Pacific, Africa, and Latin America. ICBA tries to create a forum for executives running these national biotech associations to share ideas and best practices and then to focus on those issues or topics that require and deserve a truly multilateral or even global approach. The team at SwedenBIO has focused a lot of effort and energy on the issue of fighting AMR. The job here at ICBA in the champions group on AMR would be to bring global stakeholders and like-minded international colleagues to the table, create momentum behind the issue and facilitate global communications campaigns,” Schacht said.

The need for joint international efforts

Echoing that sentiment, Hilary Stiss, Senior Manager International Affairs at BIO, and Program Director at ICBA, spoke about the need for joint international efforts to address the challenges that lie ahead.

“AMR is a global issue that requires a coordinated global response. As a coalition of national biotech associations, the ICBA can represent the small and rapidly growing innovative biotechs from all corners of the globe tackling this issue. The ICBA is well positioned to communicate to government and other stakeholders about the challenges facing the industry in their attempt to address the AMR issue as well as speak to some of the solutions,” Stiss said.

Karoline Akerjordet expressed a lot of optimism around SwedenBIO’s strengthened collaboration across the Atlantic, and the potential for Sweden as a life science nation to contribute internationally to solving the AMR challenge.

“The strength of working together towards a common goal is important. One output is to make our voice heard internationally.”

“The strength of working together towards a common goal is important. One output is to make our voice heard internationally,” she said. “Sweden has several effective solutions towards AMR, but during the last years there has been a lot of focus on the discovery of new strings of antibiotics. SwedenBIO also wants to emphasize other ways to fight AMR as using antibiotics as first line treatment is not optimal when safe alternatives are available.”

One example of such an alternative is Pharmiva’s antibiotic-free treatment against bacterial vaginosis, an infection where antibiotics is the first line treatment today in Sweden. Other companies in Sweden and around the globe provide innovative solutions preventing infections, or treatments that enhances the effect of antibiotics when the need for use is inevitable. 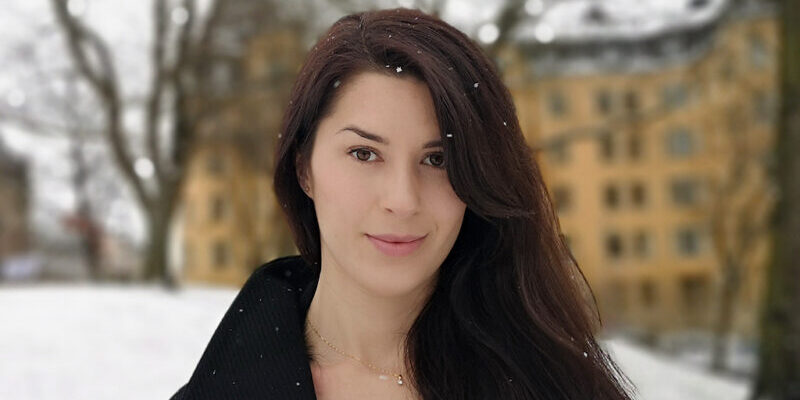 Linköping – A city with a tradition of innovation

Medicine meets technology in Linköping and  its cutting edge research projects and the new Wallenberg Centre of Molecular Medicine will hopefully boost the city to the next life science level. Linköping University (LiU) achieved university status in 1975 and is today one of Sweden’s largest higher education institutions, with over…

Innate Pharma has signed a co-development and commercialization agreement with AstraZeneca and MedImmune, AstraZeneca’s wholly-owned subsidiary. The deal focuses on the development of anti-NKG2A antibody, IPH2201, also in combination with MEDI4736, an anti-PD-L1 immune checkpoint inhibitor created by MedImmune, to fight cancer. The compound IPH2201 currently is in Phase II…

The potential of digital tools